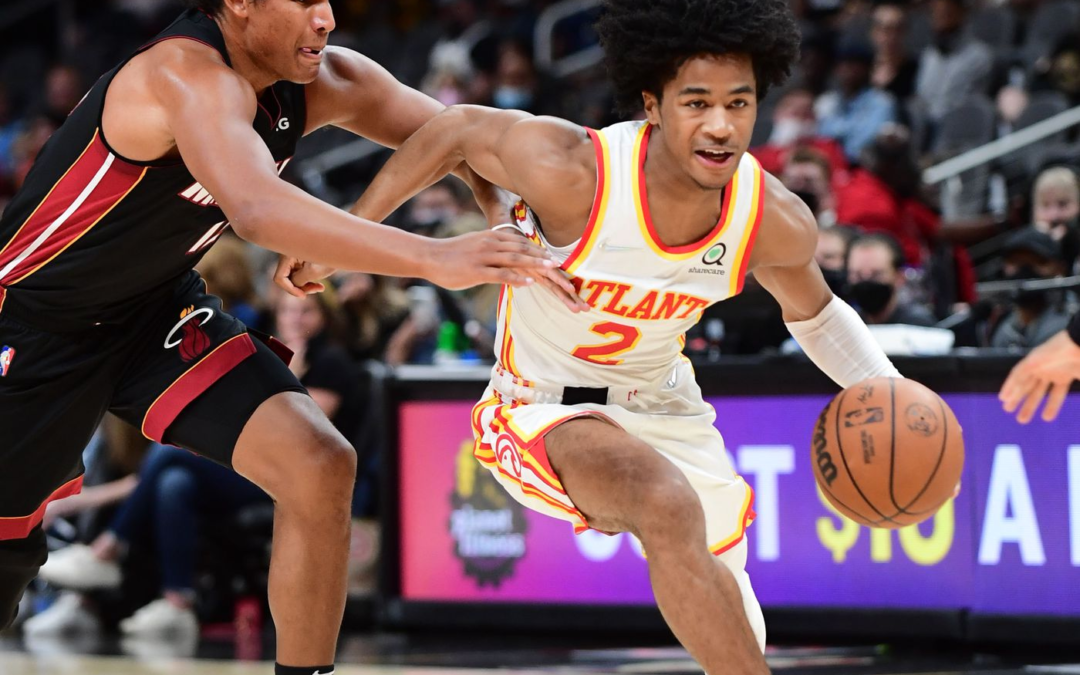 Sharife Cooper is finally getting the recognition he deserves. Many insiders were curious how the 48th pick in the 2021 NBA Draft would adjust to the next level. But after a great showing in Summer League and the preseason, Cooper’s ceiling is very high to the point where he can become a starting point guard in the league.

Last season at Auburn, Cooper showed his value as a leader on the floor during his small sample. Once he made his debut for the Tigers in January, there was a difference in the team on the offensive side of the floor. The offense was slowing at a different level and shooters were able to set up perfectly for good spots. Cooper’s only season at Auburn showed that he is capable of being a leader on the floor. It is one of the reasons why I believe in the future he will be a starting point guard for a championship contender.

While we are still in the present times, let’s discuss Cooper being drafted by the Atlanta Hawks. It’s still very head-scratching to watch him drop so low in the draft. Cooper was selected as the 48th pick by the Hawks. A few reasons why he dropped so low could include making his debut for Auburn late in the season along with the Tigers not being eligible for the NCAA Tournament.

Being the underdog in the draft, Cooper came into the NBA Summer League with something to prove. He was by far one of the most exciting players in Las Vegas due to his scoring and connection with his teammates. Cooper averaged 14.8 points along with 7.2 assists in the Summer League. Although the Hawks went 2-3 in Vegas, Cooper was huge in the two wins that included a game-winning three-pointer in a win over the Indiana Pacers. As Cooper shined in the Summer League, it kept many fans optimistic about playing in the second unit for the Hawks.

Fast forward to the season where Cooper is not a part of the rotation. Understandably, head coach Nate McMillan wants to keep his rotation small with veteran leadership. But also it is best to allow the youngbloods to get a taste of the NBA hardwood. Cooper would sign a two-way contract and be assigned to the Hawks’ G League affiliate, College Park Skyhawks. Although being assigned to the G League sets back Cooper’s NBA rookie experience, it will also help increase his value.

The key for Cooper during his time in the G League is to keep his foot on the gas. If he continues to impact the game in a multitude of ways, the NBA association will continue to take notice sooner or later. In his G League debut against the Maine Celtics, Cooper has already shown improvements in his perimeter shot, knocking down five three-pointers in that process. Although his shooting numbers are not very high through his first two games, Cooper can clean that up with better shot selections and building confidence scoring-wise.

I believe that Sharife Cooper can become an All-Star in the NBA someday. He has the skills and IQ to become a valuable player in the NBA. Once the Atlanta Hawks decide to recall him from the G League, they will not be disappointed. Cooper may not be getting the same opportunity as his other peers, but with patience, he will get his calling in the NBA soon.