Midseason Surprises and Disappointments in the NFL 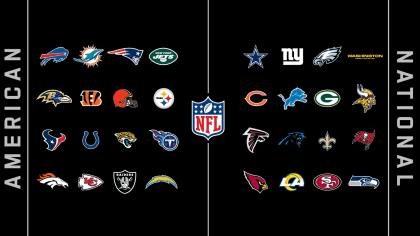 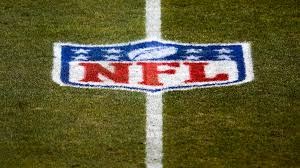 We first start by diving into the top 5 NFL teams that have surprised me the most so far this season.

The Arizona Cardinals have surprised me the most due to the fact of how impressive they have looked as a whole. Now don’t get me wrong, I had the Cardinals doing well this year but only by a hare winning only 9 games before the season started. However, so far to this point, I have been dead wrong. Even though the Cardinals suffered their first loss last Thursday against the Green Bay Packers, they are still a team that is a threat in the NFC and that is a very surprising thing for me to say first-ever. Lastly, the Arizona Cardinals are my biggest surprise team due to the fact of how dominant they have looked this year against great teams like the Los Angeles Rams and the Green Bay Packers

The Cincinnati Bengals are the next team that has surprised me so far this season and to be quite honest here, I was completely wrong about this squad. I predicted that they would only finish with two wins before the season, and boy was I wrong. I also stated that they would miss the playoffs this year, and boy do I look wrong right now because to me, as of this point, you could very well pencil them in for a playoff spot. I then stated that the Chase selection at No. 5 was a horrible pick, but it turns out it has worked wonders for the Bengals because Ja’Marr Chase is the runaway Rookie of the Year. He is on pace to be one of the top wide receivers in the NFL! Overall, the Cincinnati Bengals have shocked the NFL world as a whole with this fantastic start, and with the fact that they are currently second in the AFC North, let’s see if they can keep up their fantastic start.

I want to start this off by saying, How Bout Them, Cowboys! The Dallas Cowboys are the third team that has surprised me so far this season. Now I know I predicted the Cowboys to win the NFC East and they are on pace to do so but I did not expect the Dallas Cowboys defense to be this great to start the season. Ever since Dan Quinn was hired as the defensive coordinator of this team, the Cowboys have shown that they can very well be a top-10 defense in the NFL. Trevon Diggs has made seven interceptions in the six games that the Cowboys have played so far this season and that their draft pick of Micah Parsons has turned into the perfect pick. The Dallas Cowboys as a team so far to this point have a great opportunity to finally make it to the NFC Championship game for the first time since 1995. Only time will tell this season how far the Dallas Cowboys can go.

The Las Vegas Raiders as a whole have had the most Las Vegas of all time to this point. If you would have told me that the Raiders would be first in the AFC West ahead of the Kansas City Chiefs I would have simply said that you are out of your mind, but they have proven me wrong so far to this point. I also thought that his team would collapse after the email news of John Gruden was released, forcing him to resign but so far under interim coach Rich Bisaccia they have stayed afloat. But what has surprised me the most this year for the Las Vegas Raiders has been their statement wins so far this season against the Baltimore Ravens and the Pittsburgh Steelers. In years past, we would have seen the Raiders lose to those better opponents but this year has been different. I lastly want to highlight how impressed I have been with Derek Carr’s stats so far this season. Derek Carr up to this point this season has thrown for 2,269 yards 12 touchdowns and five interceptions and he is well on pace for another 4,000 yard season and potentially a 30-touchdown season. The one thing that all Raiders fans are excited for this year is an opportunity to make the playoffs for the first time since 2016 and the Las Vegas Raiders could very well do that this season.

The last team that has surprised me the most so far this season is none other than the Tennessee Titans. The Tennessee Titans overall as a team can be summed up by one man and his name is Derrick Henry, or as everybody calls him, King Henry. The Titans have also had some huge wins so far this season against teams like the Kansas City Chiefs, Buffalo Bills and the Indianapolis Colts twice this year. Even though they are off to a 6-2 start this year, it will be very make or break this season without the man the myth the legend, King Henry.

We now close this out by stating my top 5 most disappointing teams so far this NFL season.

The Detroit Lions in my book have been the most disappointing team in the NFL because they haven’t won a single game all year and for the simple fact that they just look miserable to watch. Now I will say they have been close a couple of times this year to get a win. Whether that be against the Ravens when Justin Tucker kicked a game-winning, record setting 66-yard field goal or the Minnesota Vikings finally making a game-winning kick to give themselves the victory. Yes, the Lions have a new head coach in Dan Campbell and he does have a good spirit, but that good spirit needs to translate into some wins this season or else he could be out of a job in a couple of years. Also, Jared Goff is flat out awful due to just his simple awful plays this season.

My next disappointing team so far this season has to be the Miami Dolphins and boy what a fall from grace with this team. The Miami Dolphins went from a team that finished 10-6 last year and had a great opportunity to make the playoffs going into this year but they are off to a terrible 1-7 start. This is also the only team that has given the Jacksonville Jaguars a win in the last two years. That’s pathetic. Now with the trade deadline passed and Deshaun Watson not on the Dolphins, they now have to ride out a struggling Tua Tagovailoa. Not to mention they don’t have their first-round pick (owned by the Philadelphia Eagles) which would currently be the No. 2 pick. This is make or break for some of the staff in Miami. I’m looking at you, Chris Grier.

The Washington Football Team has to be on this list due to the fact of how pathetic and terrible this Washington defense is. Their 2-6 start does not help either especially since last year they won the division as a result of this defense and decent quarterback play with Taylor Heinicke. On top of that, the Washington Football Team is going through an email scandal that led to John Gruden being fired and Ron Rivera just simply doesn’t have the magic anymore. Now they can still turn this season around, but it will be very difficult to do so because they play Tampa Bay and both the Dallas Cowboys and Philadelphia Eagles twice.

The fourth team on my most disappointing team list is the Cleveland Browns. The Cleveland Browns at this point during the season are simply, just not that good. It is disappointing because this was a team that was expected to take off this year especially after making the divisional round of the playoffs last year for the first time since 1994 but they just simply are not doing well. Whether that be due to the fact they are missing Nick Chubb and Kareem Hunt, that Baker Mayfield has an arm problem or that the defense is just putrid this year, those are the problems that the Browns have and it needs to be fixed NOW. Otherwise, it will be another of the same old Browns. Also, please free my man OBJ!

The last team that is on my list for the most disappointing team through eight weeks of the NFL season is non eother than the Kansas City Chiefs. Now the Chiefs before this season have had a dominant three-year stretch with Patrick Mahomes consisting of three AFC Championship game appearances, two straight Super Bowl appearances and a Super Bowl championship. But, it seems like NFL defenses have caught up to the Chiefs and this once high-powered offense just simply doesn’t look the same as in years past. You can also make the case for the Chief’s rough start as a result of the worst defense in the NFL. But the so-called best quarterback in the NFL Patrick Mahomes is off to a not-so-good start with 2,368 yards 19 touchdowns and a league-leading 10 interceptions, which is unacceptable! The Chiefs have a make-or-break three-game stretch this season that could very well determine how good or bad the Chiefs will finish this year with games against the Green Bay Packers, Las Vegas Raiders and Dallas Cowboys. All are teams that are currently in the playoff picture as of Week 8.