Northern Illinois Falls to Wyoming Despite Strong Second Half 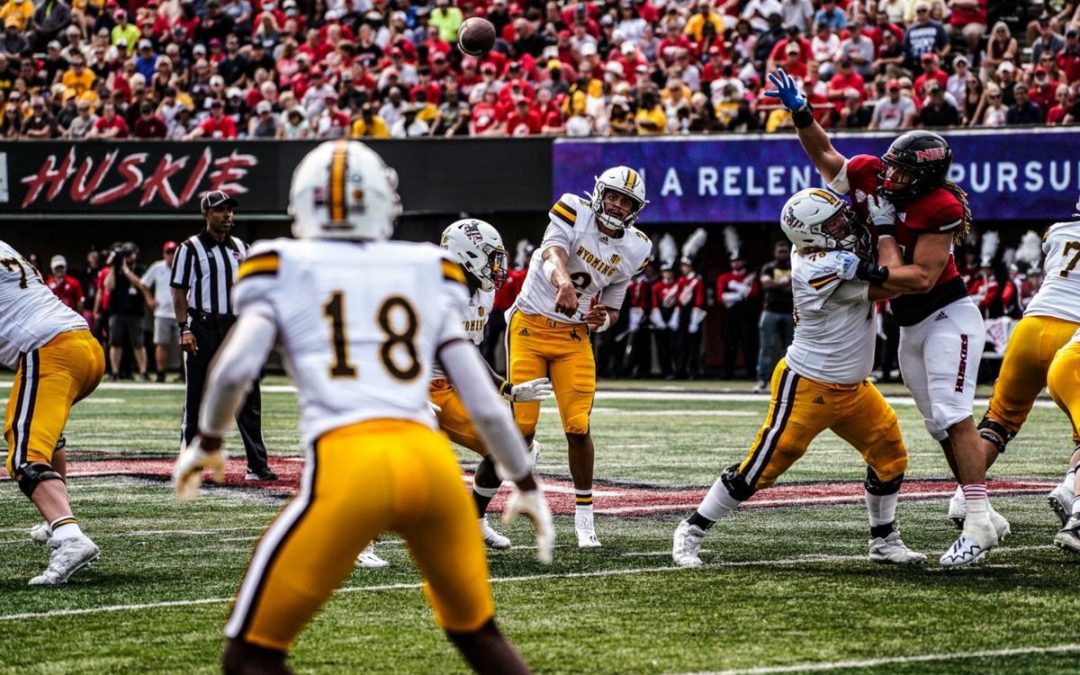 Northern Illinois lost 50-43 after battling back down 26 points Saturday afternoon and it was a hell of a game. A very resilient team as they didn’t care about the score and just, “cared about the next play,” as head coach Thomas Hammock put it in his post game press conference.

Throughout the entire first quarter the Wyoming offense was thriving using their two speedier backs in Xazavian Valladay and Titus Swen. The Cowboys totaled 72 rush yards and a touchdown in the first quarter as the NIU offense completely struggled, having just 90 total yards. Rocky Lombardi looked alright, although much of his passing yards came through RAC yards from his receivers. Linebacker Chad Muma had six total tackles and swallowed any play the Huskies threw at him.

In the second quarter, Muma continued his dominance with three more tackles. Valladay scored as well, adding 39 yards for his personal total in this quarter. Sean Chambers also had a valiant effort for the Cowboys passing for a touchdown to Isaiah Neyor. NIU had a little spark with their power back Clint Ratkovich stumbling down field for a 52-yard run, which he capped off with a touchdown a few plays later on that drive. Overall, the theme of the first half was Wyoming all the way.

Right after halftime NIU had momentum and drove down field and scored a touchdown but missed their two-point conversion try. After that, though their momentum shuddered, Wyoming scored a touchdown as Neyor rushed it in from five yards out. Then, on NIU’s next possession, Lombardi threw a pick-6 to who else but Muma. Things looked down for the Huskies but a deep 40-yard ball from Lombardi to Trayvon Rudolph helped establish some morale.

The fourth quarter was all Huskies for the most part. Right out of the gate they got a stop and Harrison Waylee had a 75-yard touchdown run putting him over 100 yards on the day for the fourth game in a row. Following that Chambers fumble that the Huskies recovered, Waylee scored again from 14 yards out. NIU was only down by a score and Huskie Stadium was rocking. After the Huskies forced a punt the seeming hero of the game, Ratkovich, ran in his third score of the day making the score 43-42 with the Huskies winning. Yet Wyoming got the ball back and drove down the field with help from Neyor, who had a brilliant 30-yard catch on the sideline that helped set up a 9-yard rush from Chambers for the win. NIU fell short of a comeback win as they failed to get into the end zone on their final drive. What a game by both teams.

Next week the Huskies take on Michigan at the Big House. “We will have to rotate guys and keep guys fresh,” Hammock said after being asked how they’ll prepare the young guys for a team like Michigan. “They play a lot of snaps. They played 80 last week and 70 this week… It’s gonna be physical and we gotta have a great week of preparation.”