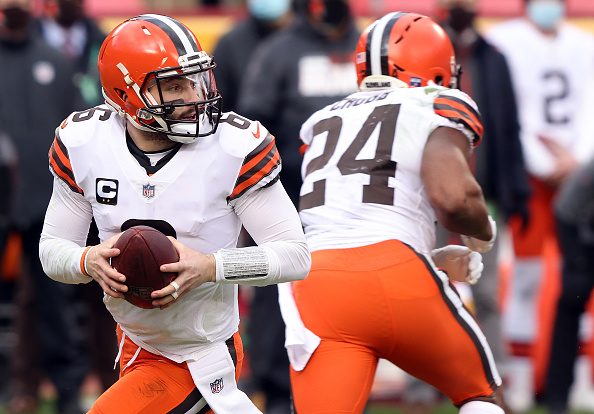 The AFC North has perennially come down to two teams; the Baltimore Ravens and the Pittsburgh Steelers. At least, that has been the case since 2015 when the Cincinnati Bengals last won the division. Last year entered the Cleveland Browns into the fray and the North sent three teams to the playoffs. The 2021 season looks to be an all-time battle as well with the Ravens, Browns and Steelers all looking to take the crown. Even the Bengals fans are optimistic with Joe Burrow returning from a season-ending knee injury last season. Let’s look at the projected finishes according to yours truly heading into the 2021 season.

The Baltimore Ravens come into 2021 off an 11-5 season where their dreams of making a Super Bowl once again flamed out in the playoffs. Baltimore came into the offseason needing to address their passing game and upgrading the pieces around starting quarterback Lamar Jackson. They started by adding Sammy Watkins in free agency and grabbed Rashod Bateman and Tylan Wallace in the draft to bolster their receivers. Will it be enough to put Lamar over the edge and help him win a second MVP? Time will tell, but Lamar won’t be on a discount much longer and this Ravens team needs to win now. On defense, the Ravens lost some key pieces in Matt Judon and Yannick Ngakoue. Judon led the team in sacks with six and 21 quarterback hits. They were able to keep Pernell McPhee and Tyus Bowser, who will need to step up and pick up the slack this year. At the end of the day, it will come down to this Ravens’ offense and their ability to add more explosiveness to it through the passing game. Everyone knows how potent their rushing attack is with Jackson, J.K. Dobbins and Gus Edwards but can they get more out of Marquise Brown and the new receivers to push them over the edge when it matters?

The Bengals finished 4-11-1 last year and despite the addition of Joe Burrow, the team suffered crippling injuries that stopped any momentum they may have had. The offensive line issues, that have hampered the Bengals, continued and I am not sure they did enough to solve those issues this offseason. They added OT Riley Reiff in the offseason and added Jackson Carmen in the draft. A healthy C Billy Price should help improve the line but he is still an unproven player. The Bengals went out and drafted highly touted wide receiver Ja’Marr Chase to pair with his fellow alum Burrow. The loss of AJ Green should hardly be felt. Joe Mixon is back on the scene after an injury ended his season in 2020 and he should get all the work he can handle with Giovani Bernard moving on. The defense is a worry spot as the offense grows into itself. Can this defense be even middle of the road? I am not convinced and think it will be another trying year for the Bengals in a tough AFC North this season.

Pittsburgh Steelers finished 12-4 and were well on their way to a historic season but then the wheels fell off. Their demise was well documented and offensive coordinator Randy Fichtner got replaced this offseason because of it. Ben Roethlisberger looks to return after briefly pondering his future and a season that saw him crumble down the stretch. The Steelers were not in a position this offseason to make wholesale moves due to their cap situation. They were still able to retain JuJu Smith-Schuster and add Najee Harris and Pat Freiermuth in the draft. It just seems a little short on manpower especially up front where the Steelers lost some quality offensive lineman and they did very little to replace them. With a new offensive coordinator, can they scheme up enough offense to stay relevant in the AFC North? The defense should keep them in most games and if this revamped offensive line can hold up the Steelers have enough weapons on offense to compete. I just feel this may be more of a trying time in Pittsburgh this time around.

The Browns were the surprise team in the AFC North and first year head coach Kevin Stefanski deserves a lot of that credit for getting this team on track. The Browns were one of the most talented teams on paper in 2020 and they are again in 2021. You could argue that they got even better and added pieces to every potential weakness on this team. They added the likes of CB Troy Hill, S John Johnson III, DT Malik Jackson and DE Jadeveon Clowney just to name a few. They also added some pieces in the draft that could potentially help them this season like CB Greg Newsome II. The defense is a masterclass in team building and I am excited to see what they accomplish in 2021. The offense and Baker Mayfield have plenty of options as well. The running game is phenomenal with the likes of Nick Chubb and Kareem Hunt running all over the place. The passing game gets Odell Beckham Jr. back, which should make them even more dangerous. The season will come down to the quarterback play and if Mayfield can become more than just a game manager in 2021.

This division ranks up there with the NFC West as one of the toughest divisions in 2021. I came into this thinking the Ravens would win the division but after going through this process I can’t put them above the Browns. The Ravens have questions in places that the Browns simply don’t have. It will be close and there could be some weird tie break here but I think the Browns just edge out the Ravens for the AFC North crown. Unfortunately for the Steelers and Bengals, I think they get left out of the playoff race and lick their wounds heading into the 2022 offseason. Please let me know how you think the AFC North finishes up. You can let me know on Twitter @Cmoney52 about your favorite team and how many games you think they will win.