The Knicks are back! 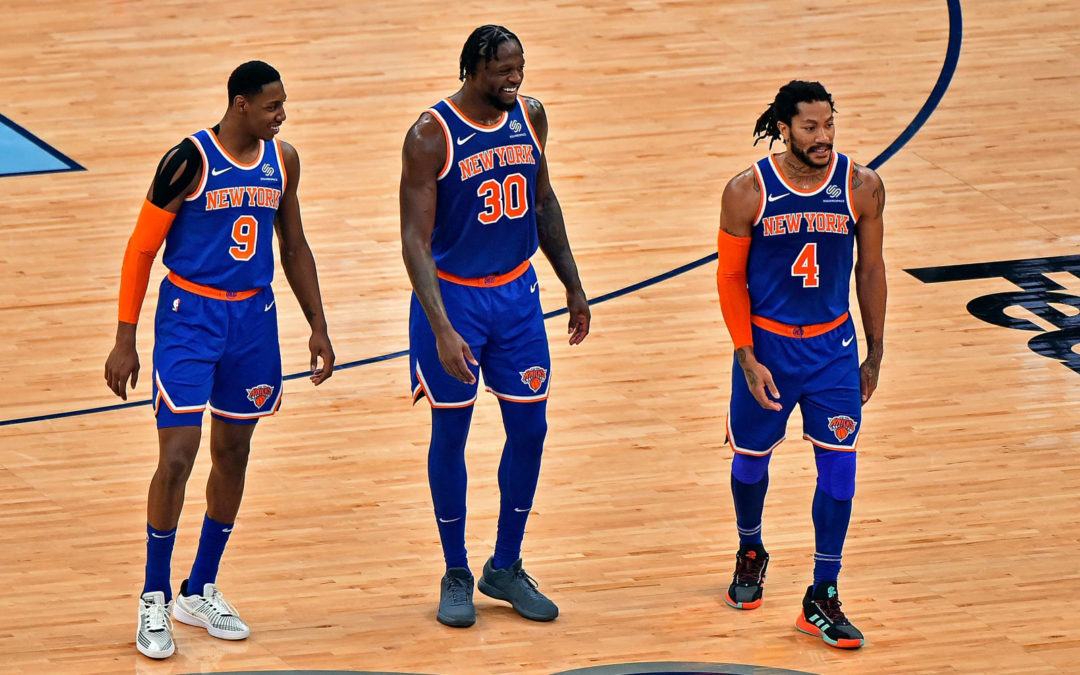 The haters are in their houses hating the basketball world because the New York Knicks are back, baby! They are here to stay and will be a force in this next decade of basketball. Don’t believe it? Shall we dive into what is the most expensive and iconic NBA franchise so the haters can be just a tad bit more upset?

For starters, the number is roughly around $70 million dollars that the New York Knicks will have this upcoming summer for free agency. Yes, a decision has to be made with Mitchell Robinson. If they will let him become a RFA (restricted free agent) and match the contract to whatever team offers Robinson a deal as opposed to letting him walk for nothing as a UFA (unrestricted free agent) in 2022. Other than that, the Knicks have their two franchise stars in sophomore sensation RJ Barrett and Most Improved Player of the Year candidate, Julius Randle. To make things even better, with the recent success of the Knicks this year, it has caught the eyes or certain disgruntled stars in their respective situations. Can the Knicks lure a superstar type talent to the most electrifying arena in the world this summer?

Now, when it comes to on the court, the Knicks have the best defense in basketball thanks to one of the best minds to know the game, Tom Thibodeau. Tenured with the Chicago Bulls and the Minnesota Timberwolves, coach Thibodeau is back and has not missed a beat with his hard, grinding, mean defense on a nightly basis. In terms of the statistics to 13 stats, the Knicks are top-10 in eight of them! Including being No. 1 in points allowed, field goals allowed, opponents field goal percentage and opponents three point percentage. Overall, the Knicks have the third best defensive rating in the NBA.

As they say, “Offense wins games, but defense wins championships.” The Knicks are in prime position to be a contending team this decade with a very bonding and exciting foundation. With Coach Thibs at the helm operating the defense from the sidelines and RJ Barrett and Julius Randle leading the way, personally, I like the Knicks to be competing for the Eastern Conference crown in two years and a NBA championship in three. #NewYorkForever #Knickstape