The Future of Drafting in the NFL 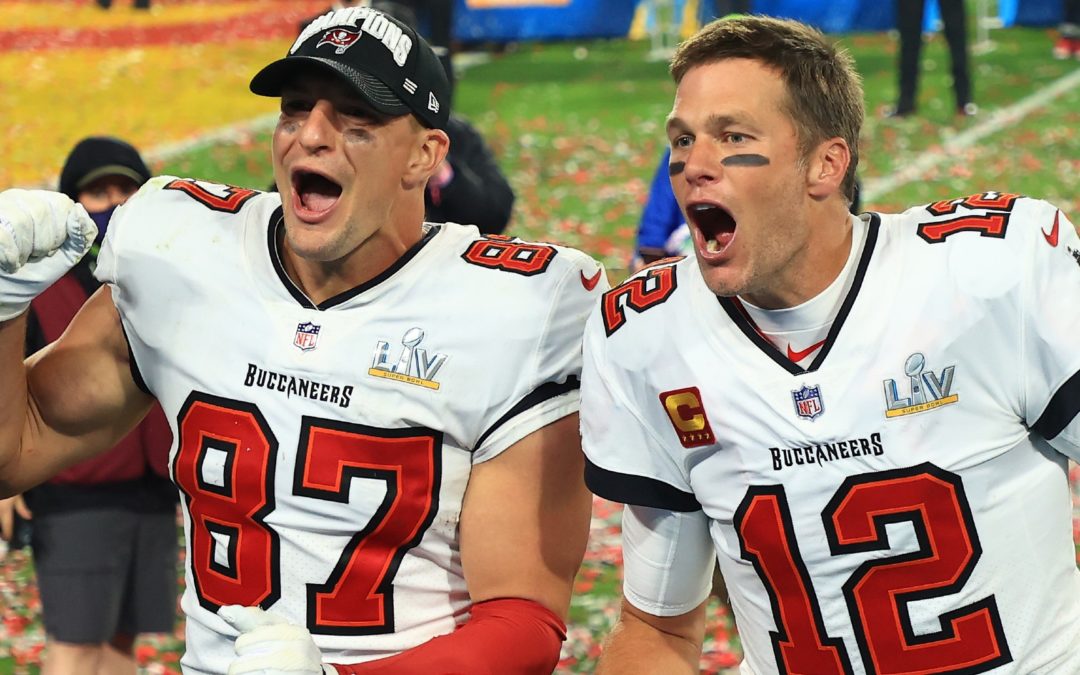 There are dozens of legendary player pairings throughout the history of the NFL. Randall Cobb and Jordy Nelson, Drew Pearson and Tony Hill, even 1951 NFL champs, Tom Fears and Elroy Hirsch. However, it’s the dynamic duo of Tom Brady and Rob Gronkowski that may have just changed the course of the league. In Gronkowski’s first two years as a tight end for the New England Patriots he and Brady connected on nearly 30 touchdowns. While Brady and Gronkowski have had clear impacts on the league in several instances, one of the most significant was glazed over in the 2021 draft.

When Gronkowski came out of retirement to join Brady in Tampa Bay in 2020, there was an eye roll from a lot of football fans. It was obvious that Tampa had just bought themselves a safety net. This isn’t a first for the NFL. A lot of players change teams and inevitably can be reunited with a former teammate and that bond can spread throughout the team to strengthen an offensive line or renew depth in receivers.

The difference here was that Brady and Gronkowski helped lead Tampa to four more wins and their first NFC Championship and Super Bowl victory since they went 12-4 in 2002. This could have happened to any team and any team could have seen this and tried to reunite a duo for themselves. Instead of “hiring from within” the NFL, if you will, several teams turned to the NFL draft.

The University of Alabama, Clemson University and Louisiana State University have six of the seven College Football Playoff Championships. Clearly, there is strong championship DNA in each of those teams. Consequently as of the 2021 NFL draft, every starting quarterback from these teams has been drafted. This year, a handful of teams were lucky enough to have one of these quarterbacks on their rosters and draft players from their quarterbacks’ universities.

The Philadelphia Eagles, home of Alabama’s Jalen Hurts, drafted Devonta Smith and Landon Dickerson. Practically buying several route for Dickerson to set up Hurts and Smith. The Miami Dolphins, who are betting on Alabama’s Tua Tagovailoa to revive the franchise, drafted Jalen Waddle as a target for Tagovailoa’s bombs – made famous by the 2018 CFP’s 2nd and 26 play. Meanwhile, the Cincinnati Bengals picked up LSU’s Ja’Marr Chase, showing their commitment to Joe Burrow and his capabilities to shape a team when he’s given the opportunity to lead.

In yet another similar move, the number one pick in the 2021 draft, Clemson’s Trevor Lawrence, was picked up by the Jacksonville Jaguars, but they didn’t wait a year to get him reunited with a fellow Tiger alumni. Travis Etienne was picked up later in the first round as the 25th pick in the draft. A move that was no doubt expressed as a best case scenario with Lawrence and Etienne. The two are actually the first quarterback/running back pair from the same college to be drafted in the first round, ever. In just three years together at Clemson, the duo connected for 186 touchdowns and 17,548 miles.

All these teams got the memo that the best place to go looking for the next Brady/Gronkowski match up was to look at some of their young quarterbacks best connections from college. This could be a new phase for the NFL where it’s the college coaches who build not only the foundation of NFL teams, but put up the framing as well. This may be the kind of support quarterbacks that took college football by storm need to succeed in the NFL.  All of these teams didn’t just draft players this year, they drafted touchdowns. They drafted championships.