Should NFL front offices be worried about Trevor Lawrence statements? 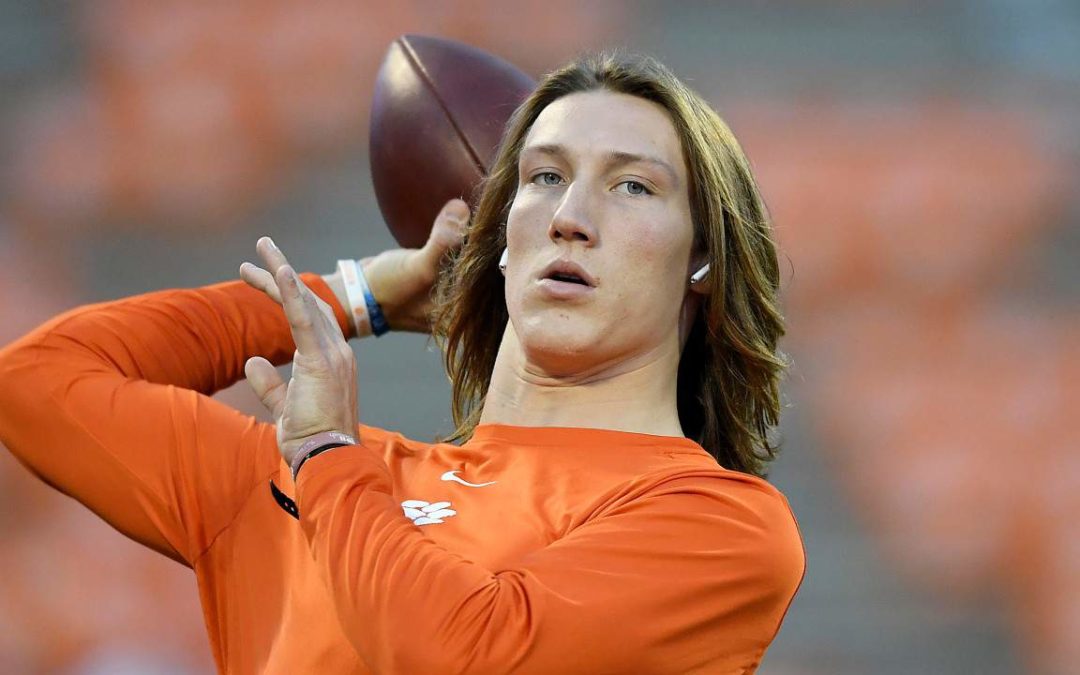 Former Clemson quarterback Trevor Lawrence participated in an interview recently where he went onto in short to say that he has no chip on his shoulder to step on the field and prove anyone wrong in his rookie campaign. Nor does he have a desire to even manufacture that sort of feeling to motivate himself saying it was “unhealthy”. Naturally, right before the draft, the NFL world and television personalities jumped on it right away with several comparisons and opinions on the situation. They even compared what he said to Justin Fields and how the statement would differ if anyone else for that matter would have said these sort of things in a pre-draft interview.

It may be a little out of bounds to say a top recruit in the NCAA, and basically, a unanimous prediction to go No.1 overall would not be dedicated to football. Lawrence threw for 10,098 passing yards, had a 90-17 TD/INT ratio, rushed for 18 touchdowns and completed 66 percent of his passes for a college career average and a National Championship. Not to mention, he was hyper successful in high school so to say he is not dedicated or not a winner doesn’t really ring a bell there. Watching tape of Lawrence, there is not too much of a sign of him not being passionate or competitive on the field.

Trevor didn’t come from a situation that made it difficult to make it in football or life. Raised in a good home, natural, physical gifts being 6-foot-6, having a great arm and being a No. 1 recruit, there is not too much to point out here that he should pretend to be mad at. Media doesn’t doubt him, difficult to find an individual that doubts Trevor’s ability to play football and or succeed in the NFL. Easy to say all Trevor knows how to do is win football games.

Here is where the detriment comes in for Lawrence. Lawrence’s father and a high school coach imply that you do not need the game of football, could easily walk away with and be fine not winning a championship. Fair to say looking back on Lawrence’s resume that he does not accept losing. In fact, he does just about everything he can not to lose so its questionable that he is okay with not winning a title. That being said, you can easily understand him not killing himself to get there and thinking less of himself if he doesn’t reach that goal in his career.

The only red flag that a GM might have hearing these comments is that he is very used to being the best player to step on the field and majority of the time he will best you based on ability alone. The NFL will make him earn every bit of success he gains in his NFL journey. While it’s a great opportunity for talent to thrive, let’s just say we do not have a shortage on high drafted quarterbacks that fail to reach expectation. Playing the quarterback position in the NFL takes not just physical ability and talent. It’s also going to take extensive film study, full memorization of the system you are in and even further knowledge on how to read coverages, defensive formations and schemes.

Athletes in the NFL are the best in the world. You are not going to just trot onto the field and takeover games. A lot will go into that process and let’s be truthful; to be that successful you may have to have a freakish work ethic. Tom Brady is arguably the greatest quarterback of all time and if you copied his methods we are talking almost all day film study in his office at work. This is the only red flag or downplay in a realistic sense that really comes out of those quotes.

There is little to no doubt he will have success in this league, but be careful Trevor because this will be no cake walk. Only time will tell how Urban Meyer will develop this football team and how the organization will draft after he is selected to really cement the full picture.