Why the MVP race is flawed 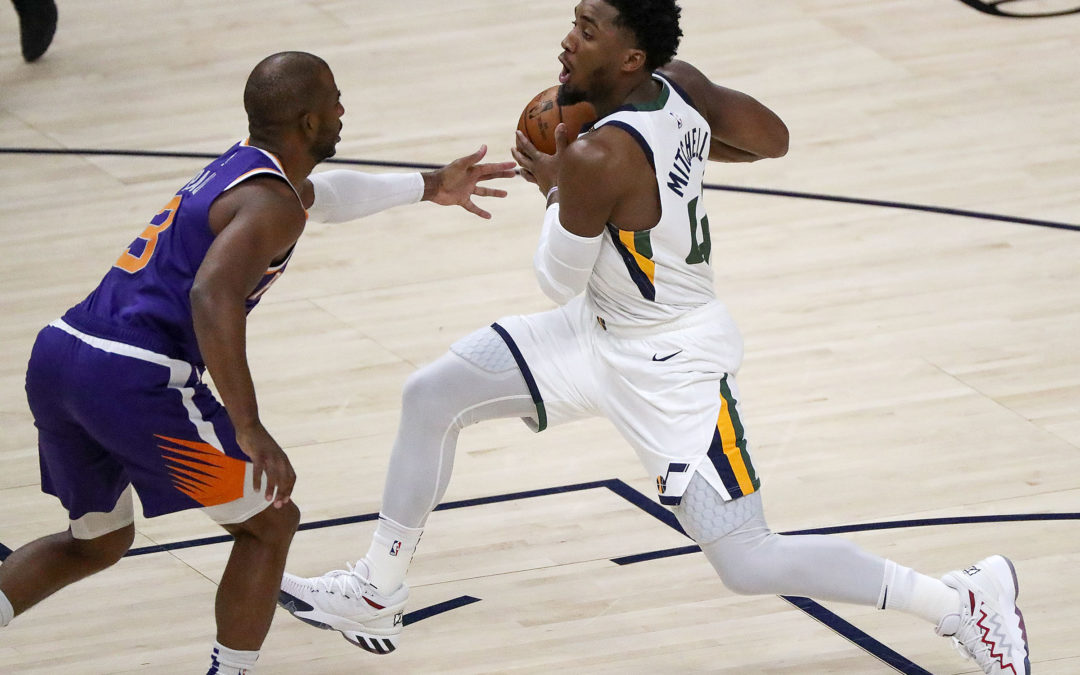 What truly determines the MVP race for the NBA? Is it who the voters personally enjoy watching more, who they like as a player or person? It has to be something revolving around that because there are two players who are the most important reason why their respective teams are standing at the top of the NBA this season. Donavan Mitchell and Chris Paul should both be in the top-3 for MVP consideration along with Nikola Jokic. Jokic has been getting all the love along with players like Joel Embiid and James Harden, which are two players who have missed multiple games this year due to injury.

When it comes to Donavan Mitchell, the man has played in 51 out of the 54 games the Utah Jazz have played this year. Mitchell is not the sole reason they have been so good but the most important piece of this team. Without Mitchell, it is safe to say the Utah Jazz would not even have 25 wins this year. Donavan Mitchell is that big time and one of the future superstars for the next generation. Mitchell has led the Utah Jazz to the No. 1 overall seed in the NBA and it has been like that for quite some time now. With averages of 26.6 PPG, 5.3 APG and 4.5 RPG, it baffles me as to why Mitchell is not leading the MVP race. Yes, people like Jokic, Harden and Embiid might have nicer numbers than Mitchell, but he is just as valuable as the players just mentioned.

The other player being discussed is Chris Paul AKA the Point GOD. Anywhere he goes, the team gets better! He has the LeBron James affect without the LeBron James numbers and gets zero respect when it comes to the MVP race. Just for a recap of his career, the Charlotte Hornets win percentage before CP3 was .220 percent and after .463 percent. When Chris Paul went to the Los Angeles Clippers, their win percentage went from .390 percent to .606 percent. Moving on to the Houston Rockets, their percentage went from .671 percent to .793 percent. Even the Oklahoma City Thunder who were “tanking” last season went from .598 percent to .611 percent and a playoff berth!

Now, Chris Paul is on the Phoenix Suns who have been losing for the past five seasons, at the bottom of the West and in the lottery every single year to now being the second seed in the Western conference. Coincidence? It is not at all. Before Chris Paul, the Suns winning percentage was .466 percent and now it is .720 percent! When will people see that it is more than just the flashy stats and flashy games? Chris Paul is one of the three most valuable players in the ENTIRE NBA along with LeBron James and James Harden. The award has so many flaws and it is time to start looking more in depth on what it really means to be the most valuable player in the NBA.