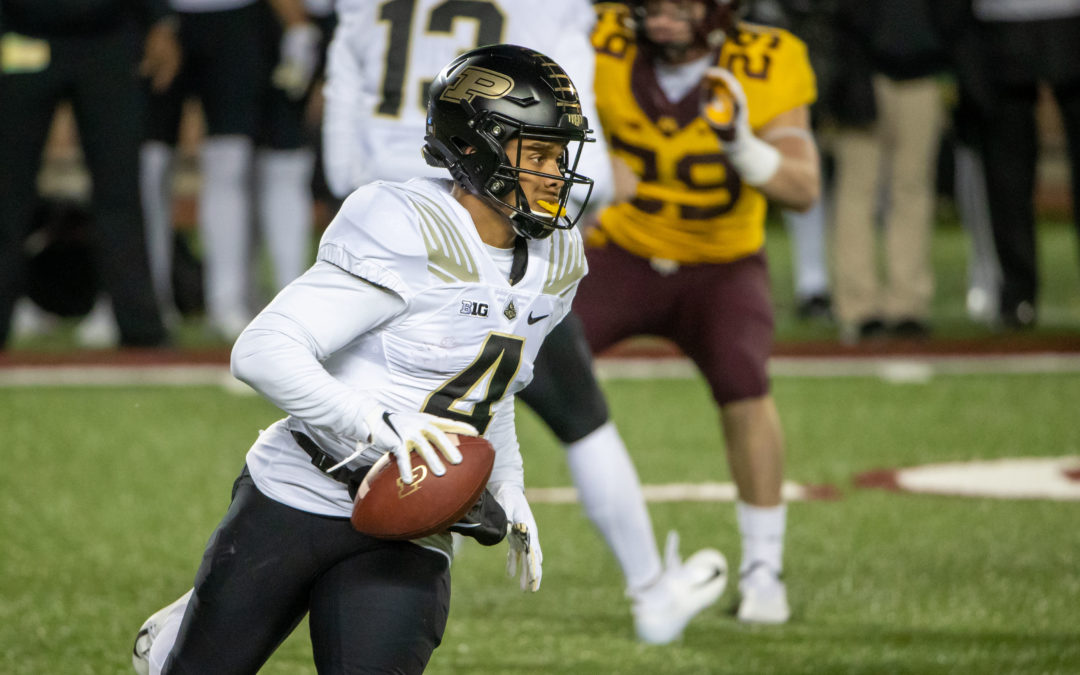 The Philadelphia Eagles just pulled off what I consider one of the best moves they have made in years in trading picks No. 6 and No.156 to the Miami Dolphins for picks No. 12, No. 123 and a 2022 first-round pick. Why is this a good trade you may ask? Simply put, they moved back and now there’s a lot less room for Howie Roseman to screw it up like he has these past couple years. So I have an Eagles mock draft, which I think went very well, that was made on The Draft Network.

With the top four quarterbacks gone, not that the Eagles need one right now since Jalen Hurts can still pan out, I was between a wide receiver and an offensive tackle. With the cream of the crop drafted already I had to settle for my second favorite offensive linemen in this draft class. Rashawn Slater is 6-foot-3 and 315 pounds and had he not opted out we would’ve seen more film on him. Yet, in the 2019 season he held his own against Chase Young, which shows a lot since Young was the best defensive prospect in 2019. Slater has a lot of talent and can easily slide right into the open left tackle role.

In the second round, I knew the Eagles needed a solid wide out so I took the one with a lot of potential. Yes he has been prone to injuries, but the fact of the matter is when you run a 4.29 40-yard dash and post a 42.5 inch vertical I’m willing to take that risk as a general manager. Moore can do everything as a wide receiver. The main thing is to keep him healthy, which I believe he can be.

At this pick I knew that the secondary was very weak so I took a look at the 6-foot, 194 pound safety from Central Florida. Richie Grant can do anything you ask him to from playing single high to split zone to in the box. Whatever Doug Peterson needs him to do he fits best at the free safety position. Grant is always near the ball and chases it when it is in the air. Overall, this was a steal of a pick and I love how this draft is going so far.

After switching positions to linebacker Chazz Surratt didn’t know exactly how he’d do. However, he killed it with 115 tackles and 6.5 sacks in his first year ever playing linebacker. Following up that amazing season, he learned how to cover better and can fit in either a 3-4 or 4-3 defense. Surratt can really do it all and is a perfect fit to lead this defense for the future alongside Richie Grant.

One player in the secondary isn’t enough so I had to draft a corner and I drafted this beast of a physical specimen. At 6-foot-4 Mukuamu is a tremendous athlete and has incredible speed for his height because of his long strides. Something he does very well is press. When in man-to-man situations, Mukuamu makes sure that nobody is breaking past him but on the occasion that someone does, he easily catches up to them and deflects a pass.

Something that’s always stood out to me about the Eagles is they have always seemed to have a very good defensive line. However, with Derek Barnett on the last year of his deal it would be best to gain some edge depth. So taking that into consideration Dayo Odeyingbo would be a great fit at the defensive end position or at least a depth piece. Odeyingbo is a physical beast at 6-foot-6, 276 pounds and he would slide right into a depth piece for an Eagles defensive line that has dealt with injuries. Overall, an excellent run stopping edge rusher and is someone that any team could use.

At 6-foot-2 and 215 pounds, Imatorbhebhe has the perfect size for a possession or go-up-and-get-it receiver. With a 46.5 inch vertical, which is higher than Zach Lavine’s, Imatorbhebhe has sky high potential and taking him in the sixth round is a steal. He can very well succeed and with a lack of talent in the past couple years at the wide receiver position, Imatorbhebhe can very easily get playing time in an offense that has lacked consistently staying healthy.

Anytime you have a mobile quarterback that likes to run there’s always the risk of injury so just in case Hurts gets injured Franks is a solid backup. A prototypical strong arm pocket passer, Franks will be a backup option in case Hurts really screws up. Frank’s best part of his game is how fast his release is. When he wants to get the receiver the ball, he gets it there fast. There weren’t many options at this pick so I had to just go with what I thought was the best option.

With Zach Ertz’s departure almost a guarantee there’s always a need for tight end depth. With that being the case Tony Poljan, who is 6-foot-7, can very easily be a key red zone target for the Eagles. Easily compared to the Chargers Donald Parham, he can block and can make contested catches. Exactly what you’d need from a depth tight end.

Late in the draft with few options left who else to take but another defensive back. Thomas Graham Jr. can be a lockdown corner when he wins his press. He is able to pluck passes out of the air when they are thrown his direction. Graham will really just be a depth piece for a below average Eagles secondary.

Fisher racks up tackles like it’s nothing and if he was a bit more athletic he could’ve been a much higher pick. Fisher will be a depth linebacker but in the snaps he’s probably in goal to go situations he will be a key factor. With incredible vision Fisher sees the hole and attacks it, hitting the running back and taking him down. Overall ,solid depth piece that will probably get some playing time.

Overall, this was a good draft. I keyed in on the Eagles weakest points in offensive tackle, wide receiver and secondary. With the players that were selected, I’d say I got some of the top talent from each round especially with my later picks like Imatorbhebhe and Polijan. For the future, this Eagles team will take a long time to rebuild and Eagles fans you all are in for a rough couple years of losing to Dallas, New York and Washington.