Interview With Defensive Back Michael Holland 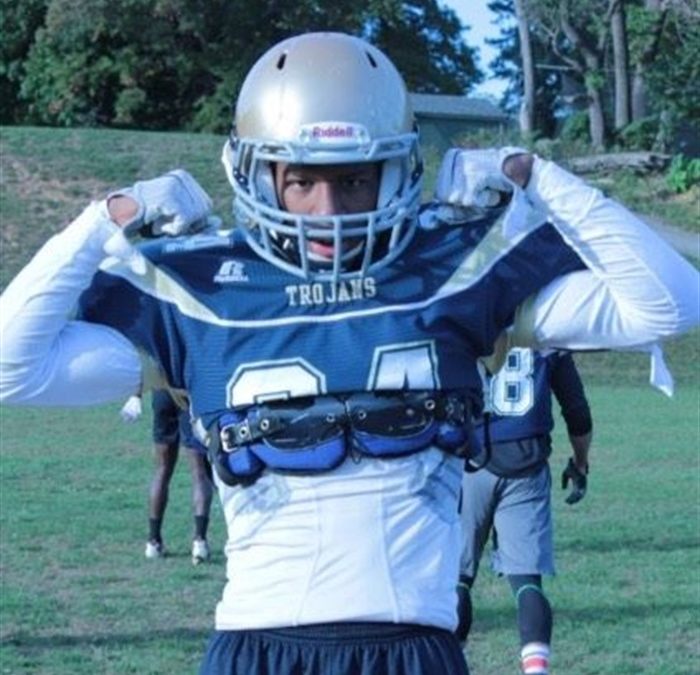 I had the opportunity to interview a rising star in professional football. Michael Holland is a 6-foot-1,192 pounds. A 23-year-old corner, safety, nickel back and special teamer. Michael played at Valley Forge Military Academy and College and Mississippi Valley St. with insane athleticism. Holland runs a 4.46 40-yard dash and has a 36 inch vertical jump. He’s faster than the average NFL corner and has the same vertical as the average corner. He’ll be playing in the Tequileros Fam League in Mexico in June of this year to get film for the XFL, CFL and NFL.

Q. How did you become so dedicated to football?

I became dedicated to football once I found out I was actually really good at it and when people told me I had the talent to make it far with football since little league.

Q. What are you looking to prove in the Tequileros Fam league?

I want to prove that I am the best on the field and that I can play at the next level. I want to show that league that I am a great teammate, that I can play well with others and that I will do whatever is necessary for the team to win a championship. I want to show my teammates that I am a hard worker and bring a championship mindset to the organization of the Tequileros Fam League. I just want the NFL/CFL/XFL scouts to take notice of me and I just need one chance. I know God will give me one but until then I will continue to work and be patient.

Q. What’s the best part of your game?

Best part of my game is my athletic ability and my speed, of course. I’ve been known for my speed since I was little when I played for lower providence warriors and in high school I was the fastest defensive back on the team. Also, my man-to-man coverage is good but could be a lot better. I’m good at deflecting the pass and never giving up on the play even if I’m beat.

My future plans are to play at the next level in the NFL and become an Hall of Famer. Also, to be a YouTuber, just like Tyreek Hill, and post my workouts so other young athletes can follow to see what it takes to make it to the big stage. I also wanted to try some modeling as well.

I would like to thank Michael for allowing me the opportunity and as a contributor for the Unwrapped Sports network I’d like to wish him luck on his journey to the NFL and I will be checking in with him on a regular basis throughout his journey.