LeBron to the Warriors; The Great “What-If” 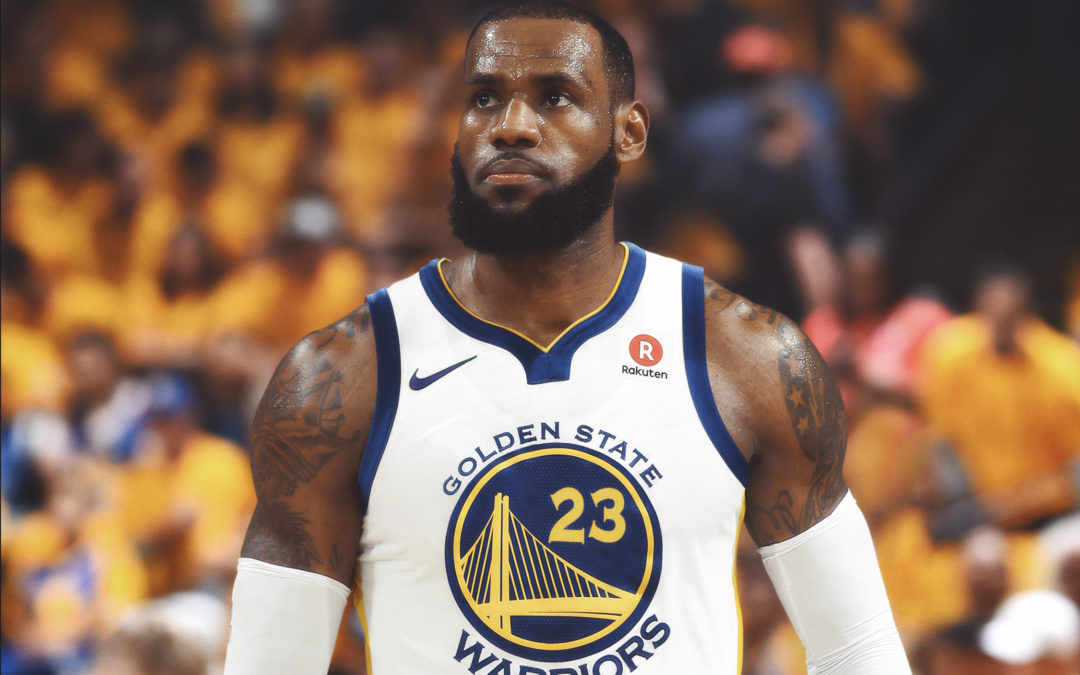 Don’t roll your eyes just yet. I’m not talking about LeBron James jumping ship in 2018 and joining the team that beat his team three out of the past four seasons. That would be ridiculous. I’m talking about LeBron scratching the “I’m Coming Home” tour and packing his bags for Silicon Valley. Of course, to join the two-time All-Star Stephen Curry, the zero-time All-Star Klay Thompson and the zero-time All-Star Draymond Green. The team that was bounced from the playoffs in the First Round the season before.

So, let’s break this into three parts: Why he should have considered them during the summer of 2014, why it wouldn’t have been seen as “cheating” like it was for Kevin Durant, and why this would have resulted in LeBron being the undisputed “GOAT”.

Now, this wasn’t really in the realm of possibility because, well, LeBron wasn’t considering them. But why not? Their best player was 25-years-old and their next-best player was 23-years-old. Everyone knew that Steph and Klay were generational shooters by then. In 2013 and 2014, Curry was already leading the NBA in threes made. In 2013, Klay finished third and in 2014, he finished second. There was no denying the shooting talent this team had. Now let’s look at who LeBron had around him in Miami and who he wanted for his next team. Shane Battier, a shooter. Mario Chalmers, a shooter. Mike Miller, a shooter. Ray Allen, a shooter. When he got to Cleveland, they added Kevin Love, a shooter. Channing Frye, a shooter. Kyle Korver, a shooter. JR Smith, a shooter. The list is two pages long so I won’t go any further. Needless to say, the idea of playing alongside Curry and Klay should have been, and probably was, very attractive to LeBron in 2014. But, like everyone else, no one knew what they would become.

That brings me to why it wouldn’t have been seen as “ruining the NBA” like it was when Kevin Durant took his talents to the bay in the summer of 2016. The Warriors were a fringe playoff team. The Los Angeles Clippers knocked them out in seven games in the First Round of the 2014 playoffs and Mark Jackson, their head coach at the time, was fired right after that. We all knew they were going to be a pretty good team in the next couple years, but no one knew they would win 67 games the following season and change the league forever. This was all a huge surprise. So LeBron joining the Warriors in 2014 wouldn’t have been a problem for anyone. It would have been a little strange, but it wouldn’t have caused a big uproar.

This part might not even need to be said or explained, but I’m going to do it anyway. LeBron joining the Warriors in 2014 would have resulted in four or five championships and wide-spread recognition as the greatest player of all-time. In the All-Star Game, we saw a glimpse of it. LeBron and Curry, sharing the floor for 12 short minutes. Imagine if they shared the floor for four or five seasons, with Klay Thompson and Draymond Green right next to them. Two of the greatest shooters of all time and a future Defensive Player of the Year paired up with one of the greatest passers and basketball minds of all time. I haven’t even mentioned the 2015 NBA Finals MVP in Andre Iguodala, or the All-Defensive 2nd Team member in Andrew Bogut. This team was already one of the greatest teams of all time. Imagine if they added the four-time MVP and 10-time All-Star to the mix. LeBron’s career wouldn’t have just benefited from the accolades he would’ve racked up, he would’ve also benefited from playing more off-ball than he was used to. If you notice, LeBron has loved the idea of playing without the ball in his hands as he ages. In fact, he tried to help build a roster full of playmakers with the Lakers in his first season there. They brought in guys like Lance Stephenson and Rajon Rondo to team with Lonzo Ball to try to ease the usage of LeBron. Of course, this didn’t work out, but instead of Lance, Rondo and Lonzo, the playmakers in Golden State would be Curry and Draymond. I’d say there’s a little bit of a difference between the two.

Now, to the “GOAT” part of it. Let’s say, LeBron signed a 4+1 deal with Warriors back in July of 2014. This would have guaranteed four years with the Warriors and an option to stay for an extra season after that. It’s reasonable to say they win four championships in that stretch. It’s also reasonable to say he would’ve added an MVP or two during his first couple of years there. Remember, Curry wasn’t the superstar he is today and neither was Klay. If the Warriors win 65 or more games in LeBron’s first season there and LeBron averaged his usual 27 points, 7 rebounds and 7 assists, the story would have been that LeBron was the reason for their major progression from the season before. That alone merits an MVP in 2015 and maybe it carries over to 2016, because we all know LeBron wasn’t slowing down and the Warriors were only going to get better.

So now, let’s look at his career in 2019 after five years in Golden State: More points than Michael Jordan (Passed him during the 2019 season), more postseason points than Jordan (passed him during the 2017 season), more rebounds, assists and blocks than Jordan and more MVPs than Jordan. The only thing Jordan would have on LeBron would be championships, but wait, they would have the same amount. Try arguing with that. Sure, he would have a couple All-Stars with him, but so did Jordan. LeBron would have also had to face tougher competition. You really think the rest of the NBA would sit back and give up after watching LeBron and the Warriors win 70 games and roll through the playoffs for five seasons? Super teams would have been an even bigger thing, it would have been chaos. I’m sure Kevin Durant would have teamed up with James Harden and Kyrie Irving and Blake Griffin or something like that. Oh wait.

The point is, joining the Warriors in 2014 instead of the Cavaliers, would have been the best thing for LeBron’s career. There’s no denying it. But he didn’t join them and still won two titles and two Finals MVPs with two different teams since then and is well on his way to another title, another Finals MVP and maybe even another regular season MVP.

Oh well, at least we got to see LeBron assist Curry on three in the 2021 All-Star Game.