Arizona is Up to Something 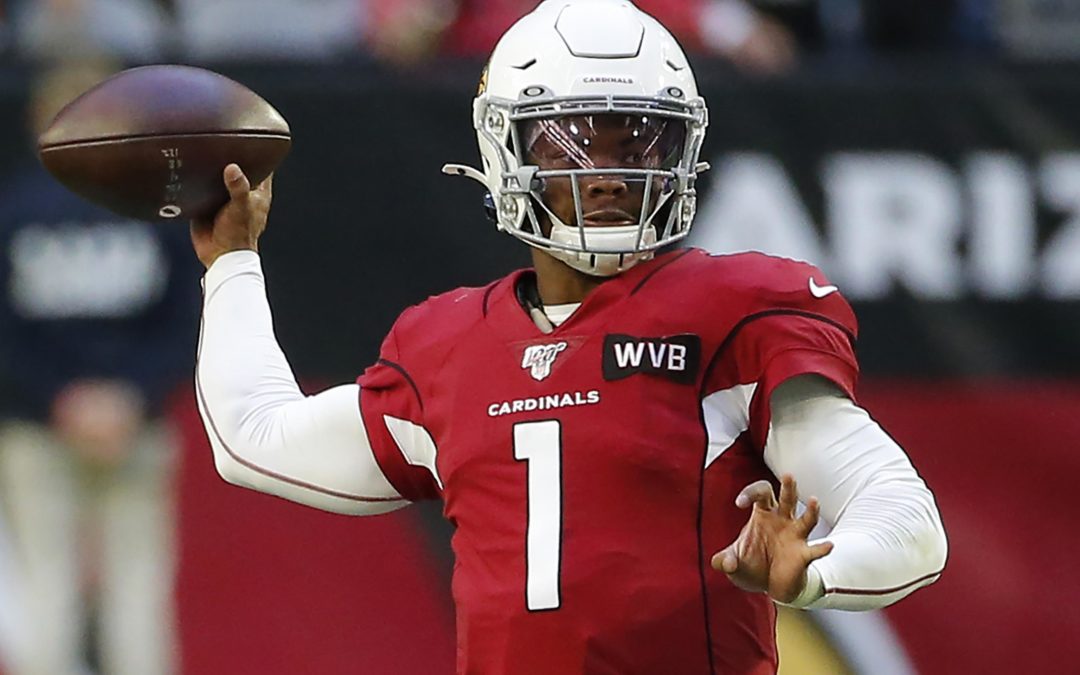 The Arizona Cardinals have been a bottom-feeding organization for quite some time. Even when they were winning, no one in the NFL really took them seriously. They’ve never been considered a contender, even when they were a contender, like making it to the Super Bowl in 2009. No one bothered. No one thought to themselves, “Wow. They’re a real team. Watch out for the Cardinals!”, and rightfully so. Since their Super Bowl appearance, they’ve made the playoffs two times in 11 years. But let me tell you, 2020 will be the last season they miss the playoffs for a while.

This is a different organization. They’re aggressive now. In 2019, they drafted Kyler Murray and ditched Josh Rosen, who they drafted with the 10th pick the previous year to be their franchise guy. They wiped the slate clean and started over with the Heisman Trophy winner. Aggressive.

At the trade deadline in 2020, they snatched Kenyan Drake, who was coming off a career season in Miami. Aggressive.

In the 2020 offseason, they went and got arguably the best wide receiver in the NFL in Deandre Hopkins, who made three straight All-Pro teams in Houston. Aggressive.

In the 2020 Draft, they picked Isaiah Simmons, the do-it-all defensive back from Clemson, who played at least 120 snaps at four different positions during his senior year. Aggressive.

This past week, they signed three-time Defensive Player of the Year, JJ Watt, to a two-year deal. Sure, he’s not what he used to be, but if you don’t think this takes the pressure off of his new teammate and fellow All-Pro player Chandler Jones, you’re kidding yourself.

So, let’s recap; The Cardinals added Kyler Murray, Kenyan Drake, Deandre Hopkins, Isaiah Simmons and JJ Watt in the span of two and a half years. Those are winning moves.

The NFC West is widely regarded as the best division in football. But, just like the Cardinals have changed, so has the division. But, unlike the Cardinals, this change might not be for the better.

The 49ers don’t know who their quarterback is anymore. They have Jimmy Garoppolo who signed to a five-year deal with four years remaining, but reports are saying they might want to look in another direction. Deshaun Watson? Maybe. Draft a quarterback? Maybe. Regardless, it’s hard to bring in a new quarterback and win immediately, unless your name is Tom Brady. Speaking of struggling to win with new quarterbacks, the Los Angeles Rams traded their “franchise quarterback” Jared Goff for Matthew Stafford. Stafford is great, but it’s going to take some time to adjust after spending the last 12 seasons in Detroit. Last and possibly least, the Seattle Seahawks. The Seahawks? The team with a top-five quarterback? Oh wait, Russell Wilson wants out, and he’s not staying in the division. It’s going to be hard to replace that guy in Seattle. Before Wilson, the last viable quarterback in Seattle was, Matt Hasselback? I don’t know, that’s for the 12th man to decide. Nonetheless, this division is not what it used to be. The Cardinals are really the only ones who look to be getting better, and the rest of them look more and more desperate as the seasons go.

But honestly, none of this would mean anything without Kyler. His passing numbers weren’t anything to write home about, but they were still good enough to make him top-15 in passing yards and touchdowns. It’s his rushing numbers that make him stand out. He ranked 17th in rushing yards and eighth in rushing touchdowns. Oh, you thought I meant amongst quarterbacks? Nope. eighth in the NFL in rushing touchdowns. More than guys like Todd Gurley, Aaron Jones and Ezekiel Elliott. Here’s a couple reminders. Kyler Murray is a quarterback and he’s 23-years-old.

So, don’t look now, but the Cardinals are set up for years of not only playoff berths, but playoff wins. Their quarterback is a future MVP, their defense is getting better and they have weapons galore.