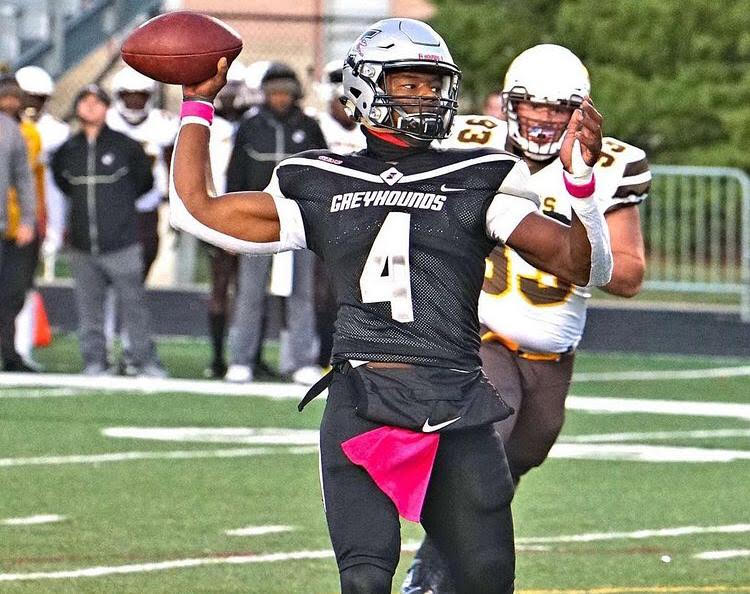 I had the opportunity to interview TJ Edwards, who is a quarterback in the Fan Controlled Football League. Edwards is a top QB in the league and will work to move up from this week’s sixth round draft status as he fights to turn into the best quarterback in the entire league.

Edwards: I started playing football at a young age. I was three-years-old. My dad is a big influence since he’s been coaching me my whole life.

Q: Who is your role model?

Edwards: Russel Wilson because of the way he carries himself off the field and how he’s a team player and he does great things off the field.

Q: Who did you model your game after?

Edwards: Michael Vick because I see his perspective of life seeing as he was the first $100 million player along with his controversy it’s amazing how he overcame it. Russel Wilson because he overcame being shorter. Kyler Murray since he competed with me at the same level in high school although I never got to play him because we never met in the playoffs. Drew Brees and Aaron Rodgers since they have precise passing.

Q: What was the toughest part of your football career and how did you overcome it?

Edwards: Having to go home in 2018 and take care of business but I made the best of it and got my associate’s degree.

Q: Why did you Transfer to the University of Indianapolis?

Edwards: I had played against them when I went to Southwest Baptist University and I beat that my sophomore year. I knew the defensive coordinator because he had to plan against me and I reached out to him and they responded quickly taking me in.

Q: What coach made the biggest impact on you?

Edwards: Coach Phillip Staback who was my offensive coordinator at Southwest Baptist. He went to my high school and promised me an offer. When he worked with me from my freshman year to my sophomore year I became a better passer since my yards went from 2,300 to 3,200.

Q: Are you happy with the team you were selected to?

Edwards: Yes I love the Beasts. I would’ve been excited with any team. I’m blessed to compete Saturday.

Q: Who are you most excited to play with?

Edwards: Troy Evans Jr. since he knows his ins and outs of football.

Q: Who are you most excited to play against?

Edwards: Johnny Manziel since he’s one of the biggest names out here. He’s out here to help make a name for everyone else he’s doing this for his enjoyment.

Q: How do you think your dual-threat ability will help your game?

Edwards: Since it’s a 7v7 league there will be more space especially with only three down linemen. And since there’s 1 on 1’s for blocking it’ll be easier to know when to leave the pocket. I can easily find holes to run through on the shorter field because it’s only 50 yards.

Q: How will your deep ball help you in the FCF?

Edwards: The 50-yard field will make looking for deep shots easier although I want to show off all aspects of my passing game.

Q: Would you consider joining the new XFL when it comes back?

Edwards: Most definitely. Shaw Naidoo of 300 sports in Dallas is my agent and is working on all types of deals for me. I’ve been getting ready for the XFL tryouts since the castings in April.

Q: Does being in a smaller league hurt your chances at playing QB in a higher level?

Edwards: Not at all. Scouts watch talent. I’m only worried about making the most of my opportunities.

Q: If you were told five years ago this would be your path to the NFL what would you have said?

Edwards: If God says so then it is. Going D2 wasn’t my intention. I thought I was a D1 talent. But I would make the most of the opportunity. Everything happens for a reason.

I would like to thank Mr. Edwards for letting me interview him and I wish him luck in the FCF and all of his future endeavors. He and I are both confident that he will show out and be one of the top QBs out there.