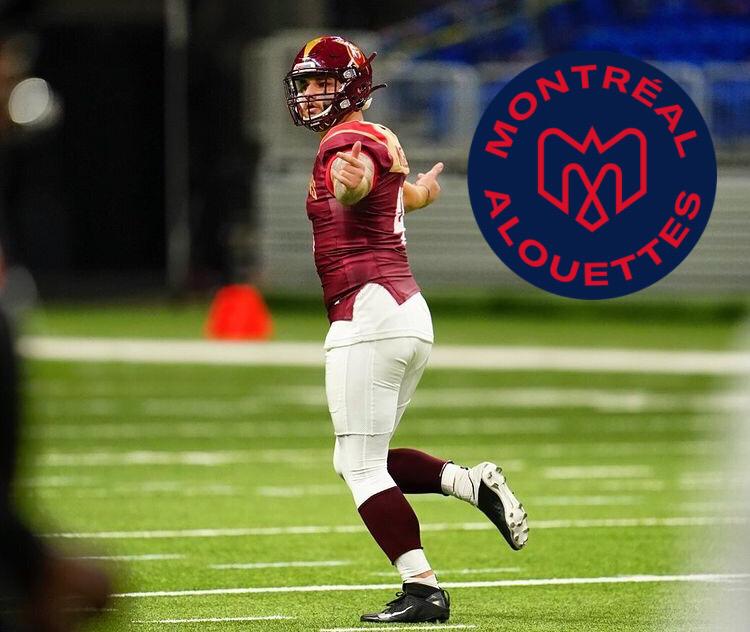 Yesterday evening another member of The Spring League signed a contract to continue his professional football dreams. This time it was the kicker and punter of the Conquerors and the Generals Matt Mengel, who signed with the Montreal Alouettes of the Canadian Football League.

BREAKING: Conquerors K/P Matt Mengel has signed with the @MTLAlouettes! @Nuker_46 booted two 50+ yard FGs at #TSL2020 and won the championship as a replacement for the Generals in Orlando. #TSLinCFL pic.twitter.com/mvnncHWGlb

This was a long time coming. Mengel made a statement in The Spring League. He would truly conqueror his own record. As a Conqueror, he would set a record in The Spring League with a 53-yard field goal, only to break it in the championship game with a 55-yard bomb as a member of the Generals.

Here is more proof that The Spring League is a good thing and Mengel is a prime example. He is someone who never gave up no matter how the cards were stacked against him. The champion always kept his head down and proved why he deserved to be at this stage. An interesting fact about Mengel; he never attempted a college field goal and now he can be a Swiss army knife since he has the ability to punt, kickoff and kick field goals.

K Matt Mengel (@Nuker_19) out of @UCLAFootball good from 70 yards out at #TheSpringLeague practice today. pic.twitter.com/tw7TB5aBVh

Mengel has been an avid member of The Spring League for the past few seasons. There is even a film of him crushing a 70-yard field goal in practice back in 2018.

Last night, Conquerors K Matt Mengel (@Nuker_46) took over the top spot for long FG at #TSL2020 with this 53 yarder as time expired in the first half.

Think he was pumped for hitting it on @FS1? pic.twitter.com/1Cztd874BD

Under pressure is where Mengel strives, the 53-yard field goal, which was originally a record in The Spring League, was made against the Alphas as the half drew to a close during a tight ball game.

The Alouettes have to be happy about securing a player like Matt Mengel. An absolute beast, and adding to that, he is a great person on and off the field. The land up north has secured themselves a great specialist.