Put your money on Sam Mayer 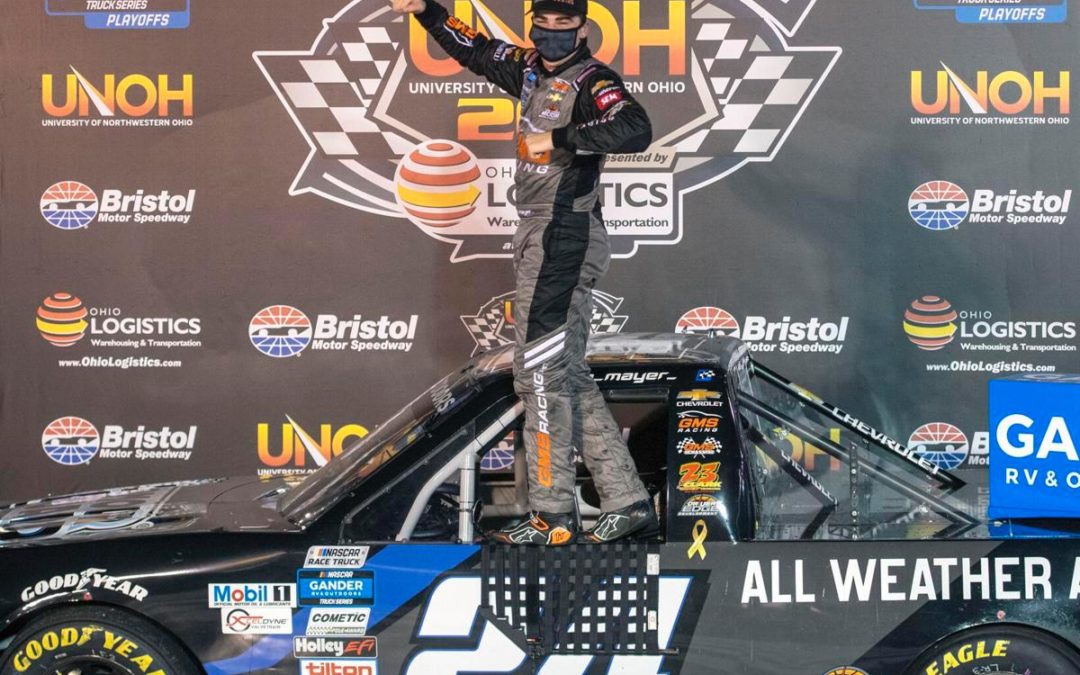 Sam Mayer has insane potential to be one of the biggest names in the future of NASCAR. The driver of the No. 24 Chevy Silverado in the truck series is just 17-years-old and already made his name known. Stay tuned for this upcoming season because you will not want to miss it.

Last year in just six races in the truck series, Mayer won a race at Bristol and placed in the top-5 twice. Interestingly enough, he followed up the truck series victory with a win in the ARCA series right after.

The young sensation turns 18 in late June and will be in the Xfinity Series for JR Motorsports part-time. He is also scheduled to run a full Xfinity season in 2022 with the team. This is huge news for both him and JR Motorsports, which is operated by NASCAR legend Dale Earndhardt Jr. Mayer has all the right tools to become a household name in the NASCAR circuit.

On Jan. 14, 2021, the defending ARCA champion Bret Holmes announced he would begin fielding a part-time truck series team, which will include himself and Mayer for the upcoming season. Mayer will also drive select races in Bret Holmes Racing’s No. 23 car in the ARCA Menards Series and ARCA Menards Series East. Then on January 17, it was announced that Mayer would run seven races in the No. 75 for Henderson Motorsports in the Truck Series beginning at the Daytona Road Course this weekend.

In 2021, Mayer will race seven races in the ARCA Menards series, seven in the truck series and 17  in the No. 8 Chevy in the Xfinity Series. It will certainly be a massive season to make sure that everyone takes note of his name and proves why he should be the top young name in NASCAR.