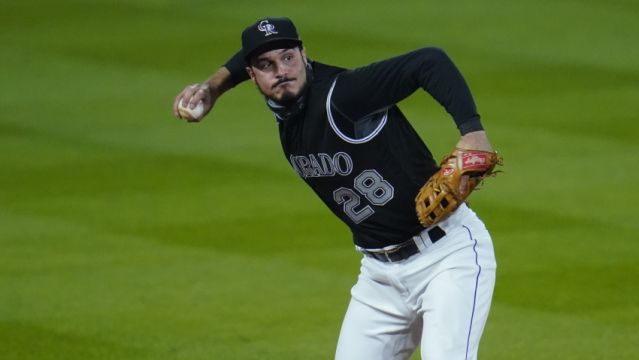 On Friday night, the St. Louis Cardinals agreed to acquire Colorado Rockies third baseman Nolan Arenado. The deal is scheduled to be completed by the end of the weekend. There are still more things that need to be ironed out before the agreement is finalized.

It has been reported that the Rockies will help pay $50 million of Arenado’s contract. The third baseman is scheduled to make $199 over the next six seasons. According to MLB Network’s Ken Rosenthal, if the trade is finalized, Arenado will keep his opt-out after 2021 and get an additional opt-out after 2022 while keeping his no-trade clause. The prospects the Rockies get in the trade are still being discussed.

Last season, Arenado struggled in the short season, batting only .253 and hitting eight home runs in 48 games. He missed the final nine games due to a left shoulder bruise. But in the 2019 season, Arenado hit .315 with 41 home runs and drove in 118 runs. Also, Arenado made the All-Star team for five straight consecutive seasons. Arenado is also fantastic on the defensive end, winning eight Gold Glove Awards.

In eight years, the third baseman has a career batting average of .293, hit 235 home runs and drove in 760 runs. The Cardinals will hope Arenado regains his All-Star form. With Paul Goldschmidt already on the roster, he and Arendao would make a great 3-4 tandem.