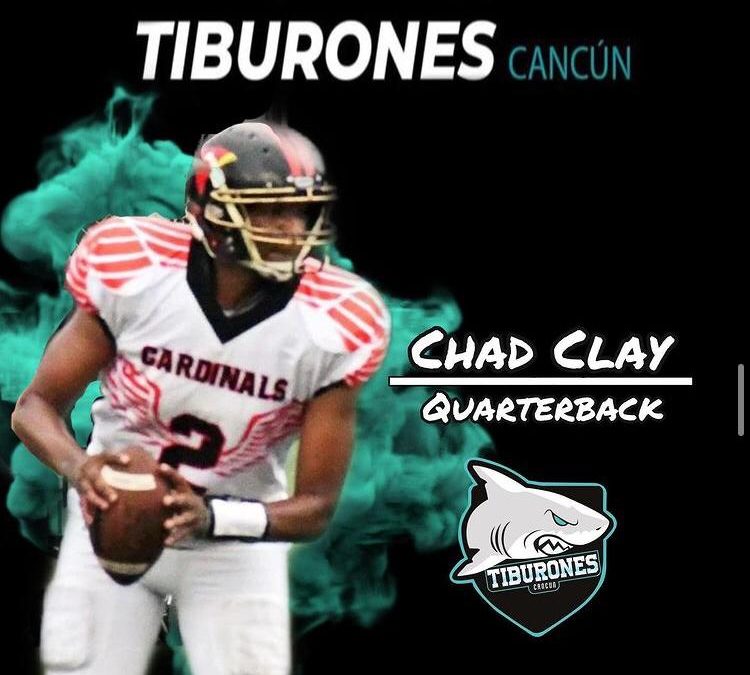 Chad Clay, the former quarterback of the Amarillo Venom, has decided to take his talents to one of the biggest vacation destinations in the world in Cancun, Mexico to play for the Cancun Tiburones.

Playing football by the beach just adds a whole ‘nother level of fun and energy. If you aren’t hyped to be playing football there, I’m not sure that you love the game. The team out of Cancun will be one to watch.

Clay signed with the Tiburones in early January. He is excited to get things going.

“It’s a great experience,” Clay said. “The people love football. Good weather. Plenty of beaches. But I’m just extremely blessed to have such a high caliber team take a chance on me. I’m honored and can’t wait to come in and make an impact.”

The quarterback import will bring a lot of football knowledge and love of the game.

“Some of my season goals are getting better as a player, to learn much as I can and to get that championship,” Clay shared. “That’s really it. We gotta bring a ring back to Cancun.”

While staying ready for action, Clay models his game after some of the best, including the GOAT.

“It would have to be Tom Brady,” Clay shared. “The way he approaches the game is just different. I just try and model my game after him, that’s why he’s the GOAT!”

Clay has had some good experience at the quarterback position the past few years. He will be joined in the quarterback room by veteran Marco Mosqueda, and another young stud, Alejandro Garcia.

The Tiburones will open their season this summer June 5 in Cancun against the Chihuahua Caudillos.