Iowa Basketball at a Crossroads 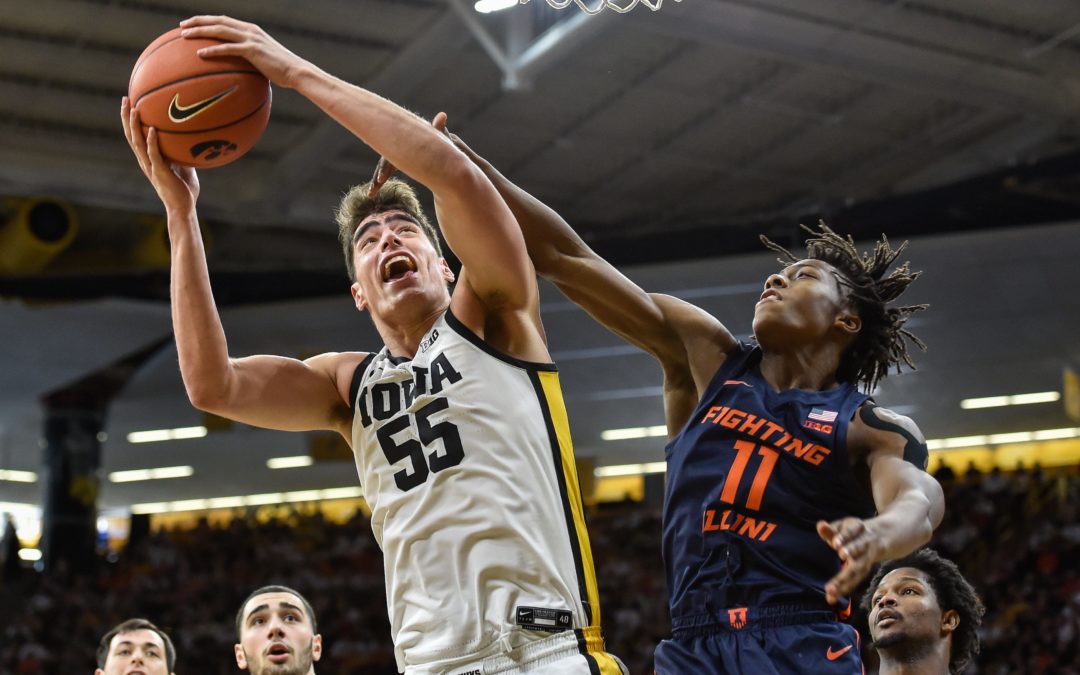 The Iowa Hawkeyes started this season ranked in the top-5 nationally and expected to be a championship contender behind star center Luka Garza. They haven’t exactly disappointed, but haven’t exactly met expectations either. Iowa is 12-3 overall, 6-2 in conference play and the losses are more telling than the wins. Iowa plays five games in the next 13 days starting with a huge conference matchup against Illinois tomorrow. This is a critical game at a critical point in the season. Iowa can not afford a bad loss tomorrow and more than one loss in this stretch will be devastating. What does Iowa have to do to prevent that from happening? Play Iowa basketball.

Iowa has played Iowa basketball in all but three of their games this year. The losses against Gonzaga, Minnesota and Indiana have been embarrassing and showed Iowa’s greatest weakness; offense. This is contradictory to what most people thought headed into the season, but the defense has performed as expected. They haven’t been great, but they haven’t been giving games away either. It’s the offense that has been letting us down. Looking at the three losses, the outlier is Minnesota. I said going into the season that Iowa would lose one or two games they should win just because the Big Ten is such a tough conference. The Minnesota loss was one of these. Iowa shot 44.8 percent from the field, 39.5 percent from three point range and scored 95 points. The Hawks just got outplayed in the final two minutes and overtime and lost a tough one, it’s going to happen in this conference. The other two losses our offense let us down. On the season, Iowa is shooting 48.4 percent from the floor, 38.4 percent from three and averaging 90.7 points per game. Against Gonzaga, they shot 46.7 percent from the floor and scored 88 points. The problem was 4 of 22 shooting from three for a terrible 18.2 percent.

Me, Coach Fran, Garza and the 84-year-old lady in an Iowa City nursing home all knew this game was going to be a shootout and you can’t win a shootout with 18.2 percent three-point shooting. Iowa ended up losing 99-88. If Iowa would have shot their season average from three-point range, they would of had 12 additional points and this is a different game. Is it a win? Maybe, maybe not. But it is not an 11-point loss. The second bad loss came against Indiana. Iowa shot a pathetic 38.1 percent from the floor, 21.7 percent from three and only scored 69 points. The offense was cold the entire game, including an 11 minute stretch in the second half without a field goal. This is by far the most concerning loss of the season and does not bode well for Big Ten championship chances or a deep run in the postseason. A team built like Iowa can not win when they don’t score and Indiana just showed the world how to stop this team.

Looking forward, the hardest part of the conference schedule is coming up with games against Illinois, Ohio State, Wisconsin and Michigan. I feel the Illinois game tomorrow is a must win for this Iowa squad. Illinois (10-5, 6-3) has not met expectations but is a very dangerous squad that matches up well with Iowa. Kofi Cockburn against Garza is going to be the matchup of the year and Iowa has to be able to score from the perimeter. If they win this game the season is back on track. If they lose, there are going to be hard questions asked in Iowa City. Iowa needs to keep their foot on the gas and not beat themselves with poor shooting. A win here will give Iowa momentum to close out the season and restore hope to the Hawkeye faithful. Buckle up, this one is going to be a ride. Go Hawks.