Michael Holland III never gives up on his dream 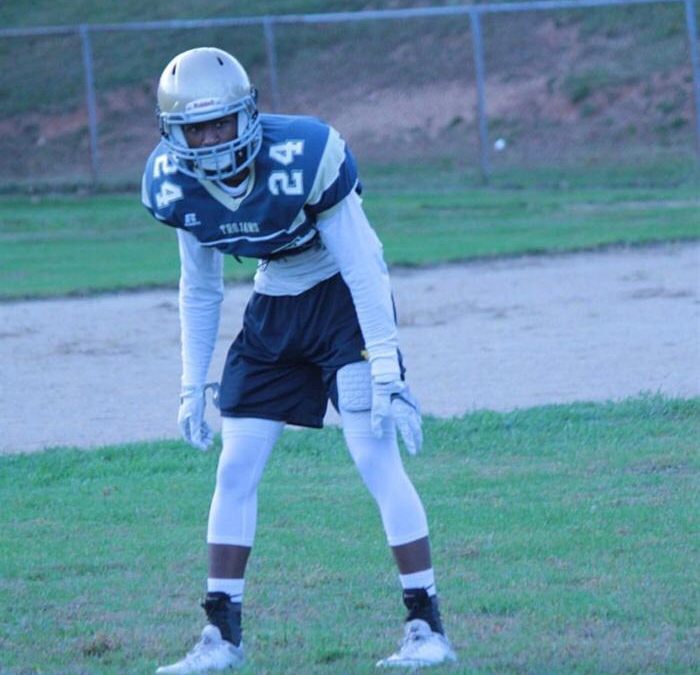 Michael Holland III is easily one of the most underrated defensive backs on the market. The speed that he possesses is definitely his most remarkable trait. He clocked in at a 4.4 40-yard dash.

“My best talent on the field is my speed and explosiveness and my man to man coverage,” Holland III said. “Not a lot of safeties can cover man to man or run a 4.4 40.”

“My favorite field stadium is Mississippi Valley State University because I went there on a full Division I scholarship,” Holland III shared. “I just like the grass and the view.”

He looks up to the best players to become the best player that he can be. When he talks about his NFL comparison, he bring up a versatile defensive back that happens to be in the Hall of Fame.

“The best comparison would probably be Charles Woodson because he could play safety and corner and he was fast and athletic like me,” Holland said.

He really showcases a lot of great talent and stays hungry every play and every day. His background is a big reason for how he stays focused and ready.

“My mom and dad work really hard and show me what hard work really is,” Holland III remembered. “It’s only right I make it big and pay them back for what they gave me and the and sacrifices they did for me. Always working and barely seeing them sometimes because they work so much because they are trying to have a roof over my head, clothes on my back and food in my belly. We didn’t grow up rich or have a lot of money but they made the best of it.”

On and off the field, he wants to make an impact including showing kids that no matter their background is you can achieve your dreams.

“My ultimate football goal is to make it to the NFL and show the kids that you can be a positive role model in life and you don’t have to be in the streets.” Holland III said. “That you can be whatever you want to be as long as your willing to work at it and never give up no matter how hard life knocks you down,”

Holland III will leave you today with why he will help your team and be able to take your defense to the next level, which he is very capable of doing with his gifted skill set.

“They should look at a long, tall, athletic defensive back that can play anywhere in the secondary and is willing to play special teams, every special team on the list,” Holland III said. “A guy that is willing to do what’s best for the team. I don’t care if I have to be on the practice squad as I have shoulder pads and a helmet on that’s all that matters. I am a team guy. I love bonding with the guys and becoming a family because football friendships last a lifetime. Being able to build that bond with the coaches and the organization and being a role model to the youth and the adults as well. I am a grinder all I know is grind. I know I’m going to fail but I’m going to keep trying until I succeed. You can throw anything at me I will adapt to it.”