Can anyone challenge the Brooklyn Nets in the East? 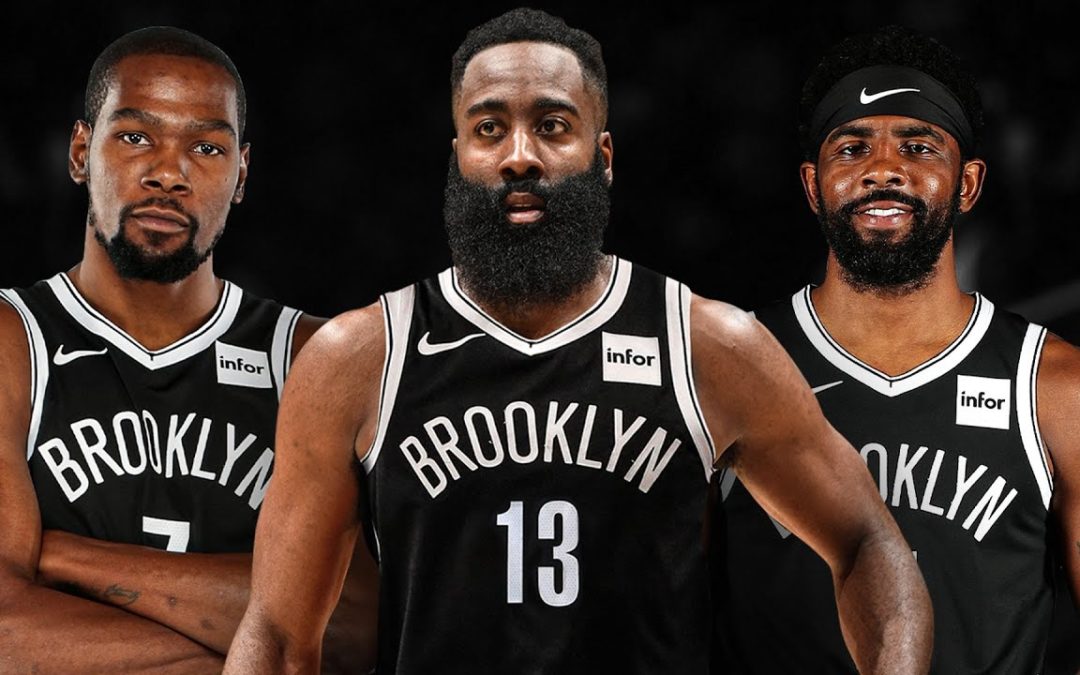 The landscape of the NBA shifted after the blockbuster trade in which the Brooklyn Nets acquired three-time scoring champion, James Harden.

Although there are questions of fit, there’s no denying that the Nets now have the best trio of talent in the entire league with Kevin Durant, Kyrie Irving and now Harden. They seem primed to make a long run as they now have the second best odds to win the title, according to Vegas.

Furthermore, the brilliance displayed by Durant and Harden in their 122-115 win over the Magic did nothing but strengthen their case. Rekindling that old OKC Thunder chemistry, the duo combined for 74 points, 16 rebounds and 19 assists – sheer dominance.

However, that leaves one to wonder how things will fair when their other All-Star teammate returns. Irving is a ball dominant guard who currently posts a 30.5 percent usage rating, where the league average is at 20.5 percent. Who else holds a usage rating of 30 percent or more? That would be his teammates, both Durant and Harden.

When asked about the fit between the three stars, Harden insisted that everything will be fine. He highlighted the versatility Durant, Irving and himself all possess.

“It just depends on the flow of the game, some games I might be a facilitator, some nights I might got it going and score the ball at a high clip,” he said. “That’s the beauty of being versatile and being able to do more than one thing. And same with Kevin and same with Kyrie. Every night is going to be different.”

This begs the question, can anyone compete with this star-studded alliance?

In short, the answer is yes.

Although Brooklynn is indeed star-studded, they now lack depth and size after  trading away Caris LeVert, Taurean Prince and Jarrett Allen in the Harden deal. Then to add insult to injury, Spencer Dinwiddie is out with a partial ACL tear. This anomaly leaves Brooklynn suspect to defeat.

While there aren’t many teams that can keep up, I’ll name the few that potentially can.

If housing the reigning back-to-back MVP and consecutively putting the league’s best record on the board isn’t enough to convince, maybe the fact that they got even better will. While the Buck’s postseason shortcomings are well documented, they now have three viable two-way options in Giannis Antetokounmpo, Khris Middleton and newcomer Jrue Holiday. That along with – albeit a small sample size – currently holding the number one offensive rating and top-10 in defensive rating. You can expect both to stay right around the same. But hey, I understand if you take the “they gotta prove it” approach.

The 76ers go as far as Joel Emiid takes them. Now with new management, coaching and an upgraded roster, the Sixers are primed to compete for the gold. Ben Simmons still refuses to shoot, but that’s okay because they added 3-and-D player Danny Green. Not to mention they technically added the greatest shooter in NBA history, averaging the highest career three-point percentage at 45 percent, Seth Curry. They should be right in the hunt as well.

The final team that can compete with the Nets are none other than the Boston Celtics. With Jayson Tatum and Jaylen Brown looking like one of the league’s most feared duos, we tend to forget that they have an All-Star by the name of Kemba Walker. They also have one of the best coaches in the league, one of the better defenders in the league in Marcus Smart, Jeff Teague and the newly acquired Tristian Thompson. With all of that and with history on their side, as they tie the Lakers for most titles ever, they are a team to look out for.

The Brooklynn Nets are rightfully so the Eastern Conference favorites – on paper. We still need to see how things gel before we catapult them to the untouchable. Besides, I’m confident the Bucks, Sixers and Celtics all have something say about that.