What are the Bears doing? 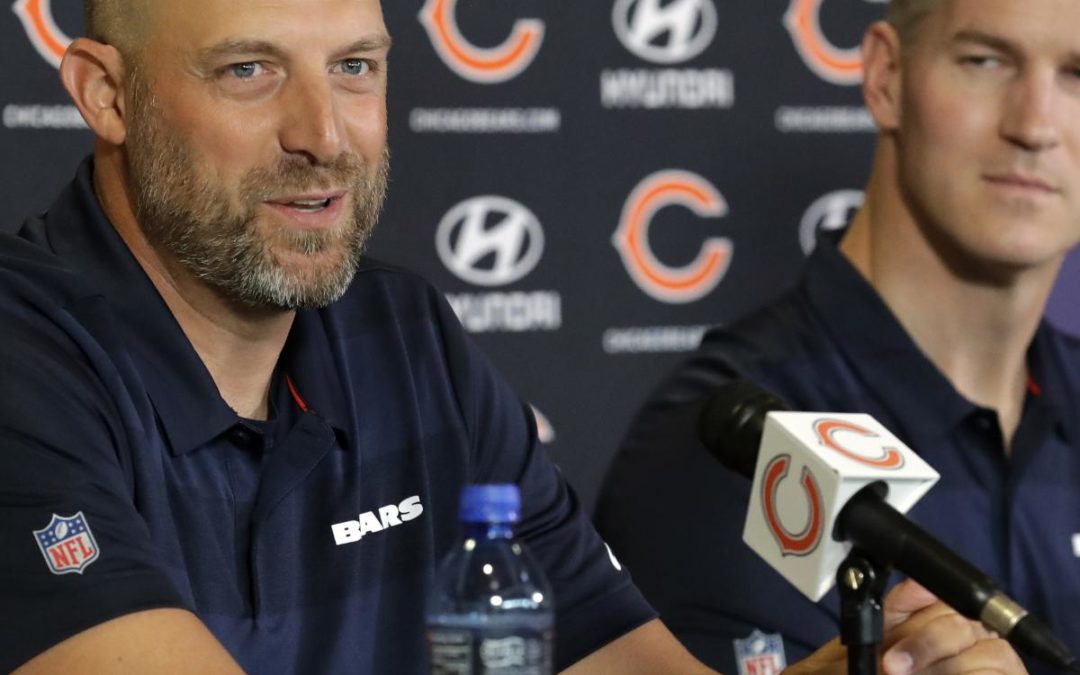 The Chicago Bears are looking at an offseason with more questions than answers after an embarrassing loss to the New Orleans Saints during Wild Card Weekend. It was a season full of highs (5-1) and lows (six game losing streak) that left Bears’ fans frustrated with players, coaches and the front office. The postseason press conference was full of Hallmark sayings and almost no facts while fans everywhere have questions about the direction of the team going forward.

First, a quick recap of 2020. The Bears finished 8-8 and sneaked into the playoffs courtesy of the Arizona Cardinals. They proceeded to lose to the Saints in the first round and were never really in the game. Quarterback controversy and play calling plagued head coach Matt Nagy all year along with key injuries, including David Montgomery, Khalil Mack, Tarik Cohen, Nick Foles and several others at various times throughout the season. The offensive line was especially affected by injury with James Daniels out for most of the year and a constant change to the starting lineup. This was one of the biggest factors in an offense that averaged 330 yards per game and 5.1 yards per play. This left them ranked 26th overall in yardage and 22nd in points scored. Head coach Matt Nagy, who was brought in to fix the offense, oversaw a unit that was 26th in rushing production and 22nd in passing. It is fair to point out that injuries played no small part in these numbers, but good coaches can adjust and overcome injuries and changes to the roster.

The lack of adjustments were painfully obvious in the run game and led to problems in the pass game. The problems seemed to be exacerbated by Nagy calling runs up the middle and asking too much from an injury riddled offensive line. The defense does not receive a free pass this year either. The normally stingy unit was ranked 11th in yards allowed and 14th in points allowed. These are not terrible rankings for most teams, but when your recipe for success is great defense and mediocre offense, anything less than top-5 in the NFL is a failure. Overall, it was an underwhelming season on both sides of the ball.

Second, the postseason press conference Wednesday. This was an object lesson for any aspiring politician that needs film on how to talk excessively and say nothing. Prior to the presser it was announced that Ted Phillips (President of Football Operations), Ryan Pace (General Manager) and Matt Nagy (Head Coach) would all be returning for the 2021 season. Chuck Pagano (Defensive Coordinator) announced his retirement and no other staff changes were discussed at the press conference. The first half of the press conference was George McCaskey and Ted Phillips answering questions, the second half was Matt Nagy and Ryan Pace. The overall message seemed to be overcoming adversity through unity and working together while believing in the plan. No one knows what the plan is, but they believe in it. The lack of any clear direction going forward is concerning and will lead to a very interesting offseason.

Third, what are the Bears going to do this off season? As I previously mentioned, the press conference gave us absolutely no information whatsoever, so this will be all opinion and guess work. The biggest question is Allen Robinson. In three years with Chicago, Robinson has racked up 255 catches for 3,151 yards and is the clear WR1 on the roster. He was looking for an extension early in the season and expressed his frustration that the Bears had not talked to him the entire season early this week. This was contradicted by Nagy and Pace during the press conference when they claimed to have had “extensive” talks with Robinson regarding his contract. I would love for Robinson to return next season but I am not hopeful. There seems to be a disconnect between the star wide receiver and Bears management.

The next question is Mitch Trubisky. The No. 2 overall pick has not lived up to expectations, but has shown improvement each year. There is a legitimate case to be made that Mitch’s struggles can be blamed on poor coaching decisions. That being said, if the problem is either coaching or the quarterback and the coach is returning then the quarterback is most likely not. I expect Trubisky to play for a team not named the Bears next year. The last obvious question is the draft. Ryan Pace has a first round pick for the first time in two years and I have no idea what they are going to do with it. Offensive line play was terrible this year, but is that where you spend the first round pick? Will the Bears acquire a clear QB1 in free agency or through trade? If not, then you have to draft a quarterback because Nick Foles is not the answer. But will there be a quarterback worth a first round pick available at the No. 20 spot? In short, neither myself or the Bears have any idea what is going on this offseason.