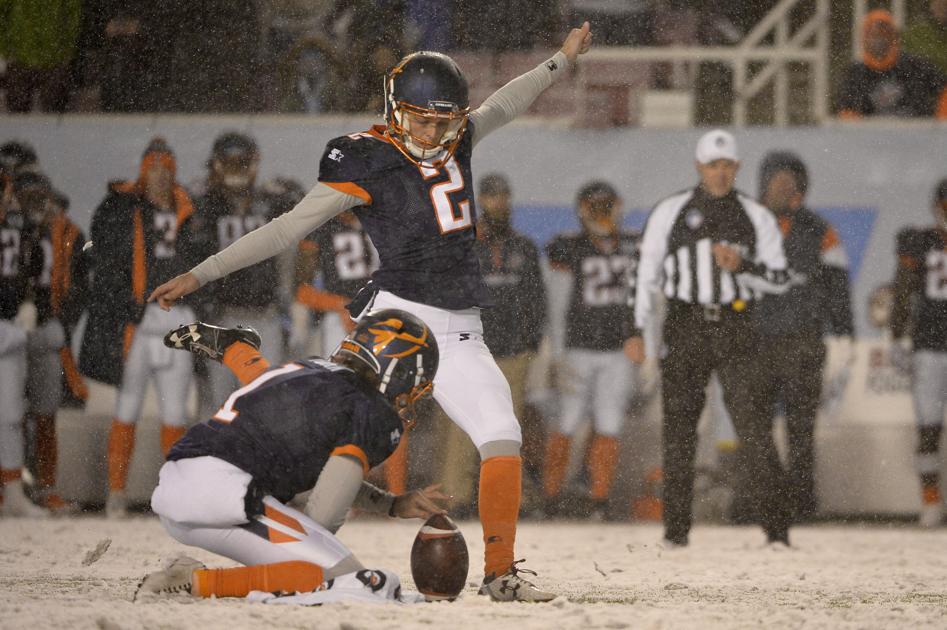 The former South Carolina Gamecocks kicker still is one of the most under appreciated kickers there is. Elliott Fry kicked in his first NFL game this season for the Atlanta Falcons where he made his lone field goal from 23 yards out.

Fry made his name known at the professional level when he was the kicker for the Orlando Apollos of the Alliance of American Fooftball. He was a perfect 12 for 12 on field goals with a long of 47 yards, the only kicker to hit every field goal was Fry.

During their Apollos game against the Salt Lake Stallions he went 2 for 2 on field goals including a 43 yarder. He also had two games where he made three field goals in each.

It goes without saying that Fry is the best kicker from the AAF or does it? Oddly enough, his teammate on the Falcons and kicker of the AAF Atlanta Legends is Younghoe Koo. The Falcons sure are fond of the AAF kickers.

Fry has always been underrated his entire playing career. Even during his days at South Carolina he was doubted and under appreciated. He connected on 66 of 88 field goal attempts, a 75 percent success rate, and finished his career as the Gamecocks’ all-time leading scorer. Fry was also named a Lou Groza semi-finalist during the 2014 season.

So far in his NFL career, he has been apart of the Chicago Bears, Tampa Bay Buccaneers, Baltimore Ravens, Carolina Panthers and currently the Atlanta Falcons.

It looks like the Falcons may not be the place for Fry with Koo looking like the best kicker in the NFL. With Fry being a practice squad member that means if any other NFL team vying for his services can sign him on to their active roster. That is the good thing about the practice squad. We have seen that happen this year with Fry’s Apollos teammate Garrett Gilbert being claimed off the Cleveland Browns practice squad to start for the Dallas Cowboys earlier this season.