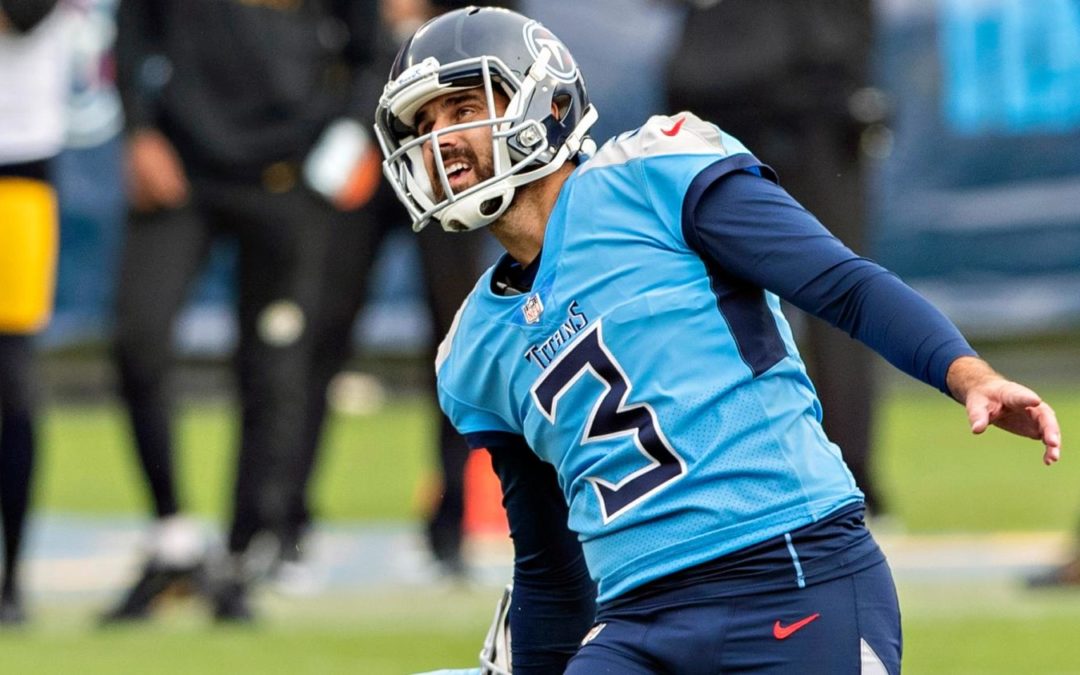 The NFL had an odd season all around but no position struggled quite like the kickers. Some of the most known kickers had bad years but also some unsung heroes made their names known like the Alliance of American Football product Younghoe Koo, who kicked for the Atlanta Falcons. Koo went 37 for 39 on field goal attempts and garnered Pro Bowl honors. That is a song for another time because this article will cover kickers that need competition.

The glory days are over for Gostkowski. He is not the clutch kicker that he was in his younger days in New England. This season the veteran kicker kicked just 69 percent on field goal attempts going 18 for 26. At the ripe age of 36, it is understandable for him to struggle but he could not seem to shake the struggle. Gostkowski was perfect on six field goals in Week 2 but it was a lot less flattering the week before where he hit on 25 percent of his kicks. Gostkowski is mainly still rostered due to him being a veteran.

The best option for the Titans would easily be Sam Sloman, who is currently on their practice squad. He kicked in their week 17 victory and drained the game-winning field goal to inject them into the playoffs.

Way to go Sam Sloman!! Hits the game winner!! That has to feel good! pic.twitter.com/um0b294HtZ

Sloman was selected in the seventh round of the 2020 NFL Draft by the Los Angeles Rams. He would kick for the Rams until Week 7 and go 8 for 11, only to be cut. It just seemed like Sloman did not mold well with Sean McVay. Sloman from the beginning was on the hot seat. McVay was expecting a rookie kicker to be Greg Zuerlein. A rookie or a veteran, filing Zuerlein’s shoes is no easy task for anyone.

Sloman in his lone game with the Titans went 2 for 2 on field goals with a long of 47. Simply put, the Titans need to give Sloman a fair chance. He is just 23 years old with a lot of football ahead of him.

Another veteran that had himself a very underperforming year. Bailey, unlike Gostkowski, is still football age. He is 32, which is no spring chicken by any means, but still a viable age to kick field goals in the NFL.

Bailey went 15 for 22 on field goals, which turns about to be making just 68 percent of his attempts. That includes a Week 14 dumpster fire where he missed all three of his field goals. Just straight up ugly. The precursor to that was his 2 for 3 Week 13 affair, but what makes it unique is he missed five straight field goals. Any other kicker who misses that many field goals in a row are gone after the game but, yet again, it is another case of the veteran treatment.

The fix is a kicker who can also punt and kickoff. A true Swiss army knife. Matt Mengel from The Spring League. He had field goals made from 53 and 55, both are records set by him. Mengel is fresh and ready for that NFL call. He is well worth an opportunity. Mengel is just a great teammate and player, great person in the locker room and keeps the team hyped.

Chargers fans went to Twitter to express their frustration with Badgley quite a few times this season. His nine misses are far from stellar. Badgley went 24 for 33 on the year. He had a 1 for 3 game, a 0 for 2 game and a 0 for 1. When under pressure, he is not the cleanest kicker either as the numbers show.

The answer is kicker Enrique Yenny, who has one of the biggest boots that I have ever seen on a kicker. He played in the Mexican League this past year where he drained a 61-yard field goal. There is footage of him in practice nailing field goals from 70 yards out. Yenny has not received an NFL opportunity yet but had some brief time in the CFL.