The Sleeper in the Eastern Conference 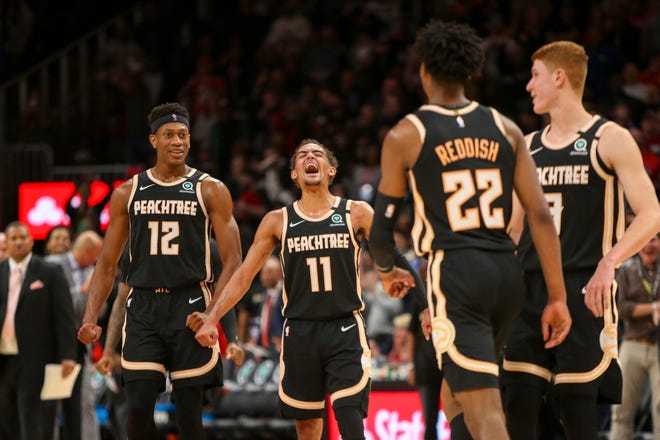 There have been six games thus far in the 2020-2021 NBA season. A lot has been expected such as the Kevin Durant/Kyrie Irving combo working out, Chris Paul being the leader the Suns needed, Nikola Jokic and Russell Westbrook being walking triple-doubles and so much more.

I am here to tell you that there is a sleeper in the Eastern Conference that can legitimately make a run in the playoffs when they arrive. It is the team from Atlanta, the Hawks. Trae Young has elevated his game as expected, putting up an impressive 28.2 PTS, 4.5 REB and 8.3 AST a game all while the Hawks are 4-2 and just came off a two-game series with the Brooklyn Nets where they split games.

While we all knew Trae Young would take off to another level and is the MVP of that team, the supporting cast has stepped up so much from what they were last year. The fact the Hawks are one game behind the No. 1 seed 76ers. Yes, we’re only six games in, but the future’s so bright in Atlanta.

Besides Trae Young, the Hawks have an inside game with John Collins, who is a walking double-double, and Clint Capela, who can run up and down the floor with a quick pace offense while doing the dirty work in the paint grabbing pivotal rebounds. They have a nice set of guards/wings in De’Andre Hunter, Cam Reddish, Bogdan Bogdanovic and Kevin Huerter. Mind you, this is all without their lottery-pick this year in Onyeka Okongwu and their best pickup of the offseason in small forward Danilo Gallinari.

Atlanta currently sits second in team offensive efficiency, second in most points scored a game and sitting in the middle when it comes to defensive numbers. Atlanta has a very bright future and the only thing that can hurt them is having so many young players. They will eventually have to pick who they want to pay and hope they make the correct decisions or trade some young pieces away for a bonafide superstar to pair up with Trae Young and John Collins. Atlanta hasn’t had this much excitement in sports since the Falcons made the Super Bowl in 2017 and the rest is on the wrong side of history. Enjoy ATL!