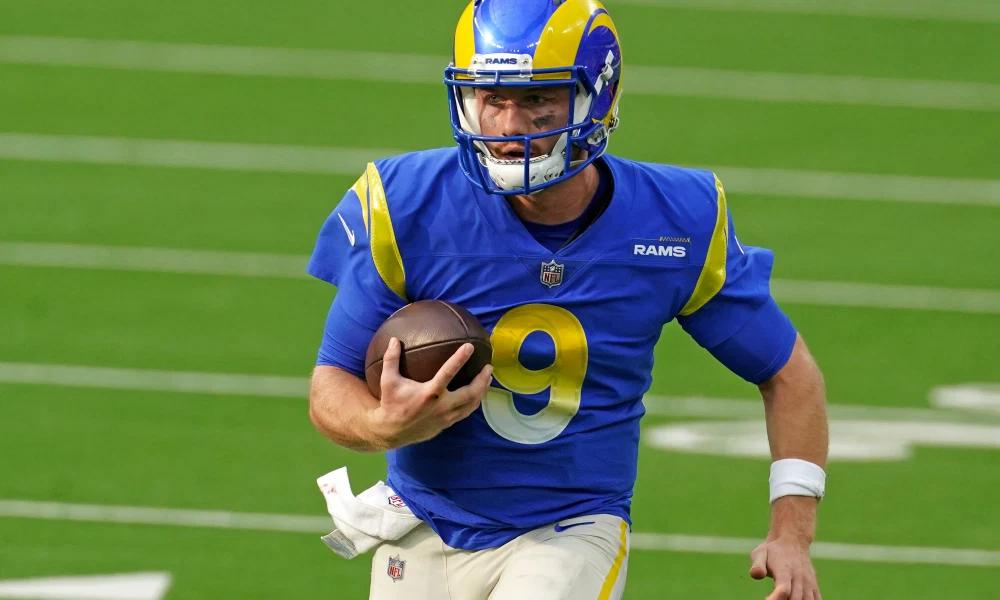 John Wolford’s first NFL game and first NFL start was a success. He led his Los Angeles Rams to an 18-7 triumph over the Arizona Cardinals.

Wolford would pass for 238 yards on 38 attempts completing 22 of them for 231 yards, an interception and no touchdowns. The casual fan would see no touchdowns and think he sucked, but there are more ways to be successful in this game than just touchdowns.

Former @aafhotshots QB John Wolford with a dime! You love to see it! pic.twitter.com/NoaHWSc1fa

The former Arizona Hotshots signal caller would drop dimes, just like this one early in the game, all day even with coverage being tight. Wolford certainly flaunted his accuracy. He should be seen as a viable starting option when needed. He was a backup with the Rams season on the line and he came in with his head down and quiet  just ready to get the victory. The way it should be.

Don’t forget about Wolford’s dual-threat abilities. He would rush six times for 56 yards for an average of 9.3 yards a carry. The Alliance of American Football product showcased his speed when needed, which is something Goff isn’t able to do.

Those stats would make Wolford the first quarterback in NFL history to pass for 200 yards and rush for 50 yards in an NFL debut. You just have to get behind this guy. Way to go Wolford.

Why root for Wolford

The Rams quarterback has an active LinkedIn page (you read that right). If you can’t get behind this guy it’s just crazy.

John Wolford is starting for Goff with a playoff spot on the line.

He has an active LinkedIn from when he was planning for a finance career.

The Rams will travel to Seattle to take on the Seahawks this Saturday afternoon at 4:25 p.m. EST. The quarterback decision has not been made but starting Wolford would be the smart choice in this bout.

There is a chance that the normal starting quarterback Jared Goff will be healthy. Regardless, head coach Sean McVay will probably start him just for the simple fact that he likes him, maybe a bit too much. Goff is a middle of the pack quarterback that cannot get it done in the big show.