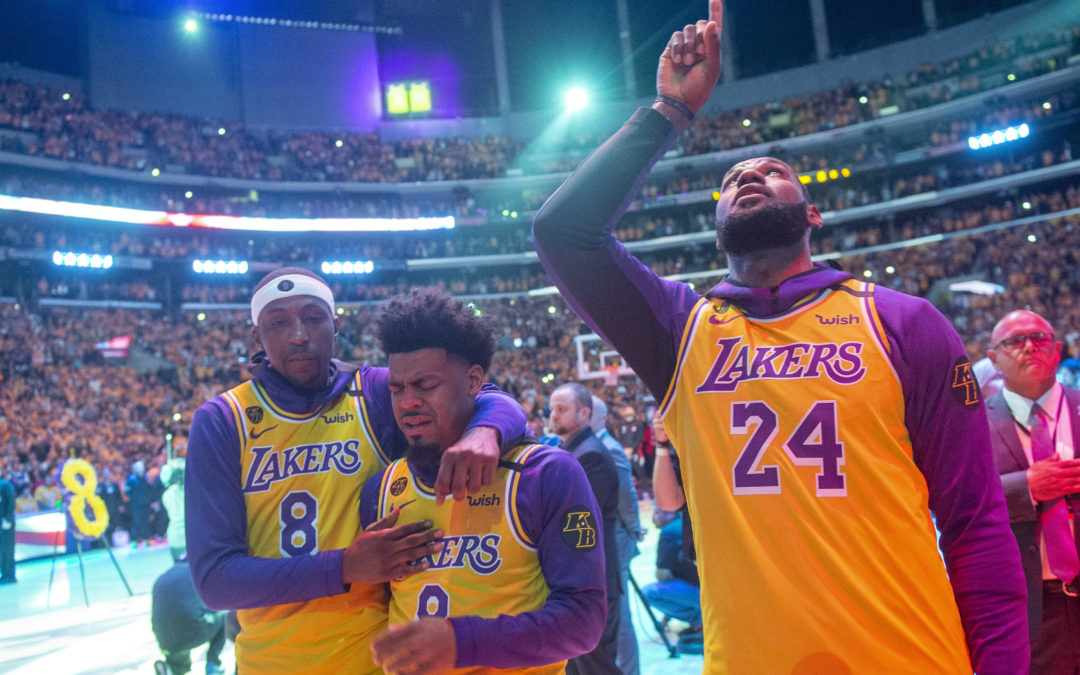 It has been one hell of a ride for the world, the country, sports and myself during the 2020 year. We as a world started Jan. 1 blissfully unaware of what was to come and how it would affect us. I personally started the year engaged to be married, no Twitter account and no clue what the year would bring. I am going to take this opportunity to look back at the year and what I have changed for the better and what has happened to the world as we know it.

Oklahoma was the sacrificial No. 4 seed in the college football playoff again and lost to LSU. Clemson/Ohio State played a close game that was marred by bad officiating. The LSU Tigers went on to win the National Championship behind Joe Burrow. Coach Ed Orgeron was deemed a national treasure. NBA and NHL seasons had begun. In my corner of the world, Jordan Bohannon’s hip surgery and Luka Garza’s emergence as a candidate for Player of the Year were the headlines in college basketball. There were rumors of a new strain of the flu in China but most people, myself included, didn’t think it would affect us. Wedding plans were in full swing and I put down a deposit on a venue and booked a caterer.

As we rolled into the second month of a year,  life was mostly normal. The NBA was in full swing with the Memphis Grizzlies defeating the Los Angeles Lakers and the Houston Rockets defeating the Boston Celtics on the last day of the month. The NHL was full speed ahead. The XFL returned with new ideas on both the field and the sidelines. Baseball talk was heating up and March Madness seeds were being discussed. Iowa was emerging as a dark horse to win the Big Ten and make a deep push in the tournament. Brackets were being discussed, vasectomies scheduled and it was starting to seem like this new flu might be different than the ones in years past.

This is where the wheel’s fell off. NCAA cancelled conference tournaments; some were cancelled while games were being played. March Madness was the next domino to fall, followed by the NBA, NHL, MLB and XFL. The Olympics were postponed until 2021. For the first time since Hal Totten was calling games on Chicago Cubs radio in the 1920’s, we were a nation without sports. I cancelled my wedding, became active on Twitter and started listening to a ridiculous number of podcasts to fill the void left by sports. March is also when I started writing again for the first time since high school as a result of a stupid Twitter argument.

This is where the reality that this year was going to be different really started to set in. Tiger King was the number one topic of discussion. The Last Dance was released early to try and provide a sports fix for a nation full of sports junkies. The XFL filed bankruptcy for the second time after a very promising start. The NFL draft happened virtually. There were still no sports and people were starting to wonder if MLB would have a season. Gambling degenerates everywhere became hooked on Korean baseball. On a personal note, I descended even deeper into the podcast world as a listener and continued writing. I even had a few (emphasis on few) fans and was enjoying myself.

The insanity continued in May. UFC and NASCAR returned without fans. A South Korean soccer team was penalized for filling the stands with sex dolls. NBA players started talking about finishing the season. Reports were surfacing that the MLB could be starting as early as May 31. On the personal side, my wedding was back on, but a completely different venue and guest list than we had planned.

I am starting this month with the personal news. I married the greatest person in the world on June 13. It was not the ceremony we had planned, but was still a great day. In the sports world, MLB owners were fighting with the Player’s Association. The NBA and NHL were planning “bubbles” to finish their seasons. NFL and CFB talk was heating up. Reporters were jumping all in on the doom and gloom train to preach about the dangers of playing sports, especially at the college level.

MLB’s 60-game season started July 23. The NBA set July 31 to start play in the bubble. College football was still a question mark. The NFL was moving full speed ahead. The NHL was also pursuing the bubble model with qualifiers starting Aug. 1. I continued writing and started diving into sports topics.

The Big Ten announced a 10 game conference only schedule for football. The Big Ten then cancelled all fall sports, including football. The Cubs started off hot and looked like a World Series contender. The NFL started training camps. The Rock and Dany Garcia led a group of investors that purchased the XFL for 15 million dollars. NBA playoffs started and the Phoenix Suns did not make it despite being the only undefeated team in the bubble. The NHL restarted their season and, other than no fans in stands, sports were back for most part. Personally, I began my campaign to fire Kevin Warren and continued to deep dive into the world of podcasts as a listener.

Under immense pressure from fans, players and player’s families the Big Ten reversed the decision to cancel the season. Instead, a slimmed down eight game schedule would be played in eight weeks. The conference also announced that teams would have to play at least six games to qualify for a conference championship. Iowa football got off to a rocky start losing back-to-back games. The NBA playoffs concluded with the Miami Heat facing the Los Angeles Lakers for the championship. The Tampa Bay Lightning won the Stanley Cup. The Cubs continued to win, though did slow down after a 12-3 start to the season and made the playoffs. The NFL season started and the Bears started hot before benching Mitch Trubisky for Nick Foles in Week 3. The start of the NFL season also saw several injuries to start, including Saquon Barkley and Christian McCaffrey. Football, college and professional, and the MLB had games cancelled and rescheduled due to coronavirus outbreaks. I continued to write and stay active on Twitter, just hoping someone would notice.

The Los Angeles Lakers won the NBA Championship. The Cubs lost back-to-back games against Miami for a first round playoff exit. The Hawkeyes turned around their season and started winning games. The Bears continued to win, but questions about the offense persisted. Nationally, coronavirus continues to wreak havoc, causing several college games to be cancelled or postponed every week. The Los Angeles Dodgers won the World Series, but the trade/free agent news was surprisingly quiet.  I had my first appearances on a podcast, joining Natty Nights for two episodes and I was hooked. I also met a guy named Moose and we started a podcast focusing on the XFL.

The wheels fell off for the Bears and the Trubisky/Foles argument was hot and heavy on Twitter again. The Hawkeyes continued to win football games and basketball fans were pumped for the return of Garza and JoBo. The NBA announced a Christmas Day start to the season. The coronavirus continued to play havoc with sports, but a vaccine was approved for use. Wisconsin failed to meet the six game minimum to qualify for the championship and it became apparent that Ohio State was in danger of missing the cutoff also. The MLB was surprisingly quiet with almost no big moves being made on either the free agent or trade market. I joined the Unwrapped Sports Network and my first article was published along with continuing my podcast with Moose.

We made it to the end of a year but it was now how anyone expected it in December of 2019. The Bears benched Nick Foles for Mitch Trubisky and fought their way back into the playoff picture. The Hawkeyes ended the year on a six game winning streak and an invitation to the Music City Bowl to face Missouri. Coronavirus concerns continued to plague sports at all levels and the Music City Bowl was one of several cancelled. Ohio State failed to play the six games required to compete in the Big Ten Championship, but Kevin Warren changed the rules and let them play anyway. The College Football Playoff was hotly debated, with only Clemson and Alabama being consensus picks. The NBA started again after the shortest offseason ever. I continued writing and podcasting including a guest appearance on The Sky is Falling.

Congratulations to everyone for making it through this year and this article. Despite all the challenges this past year brought, I hope you were able to find the good in the year. I plan to continue writing and podcasting for Unwrapped Sports and hope to see y’all often in 2021. Again, cheers to making it through 2020 and here’s to a great 2021!!!