Watch out for Titans QB Woodside 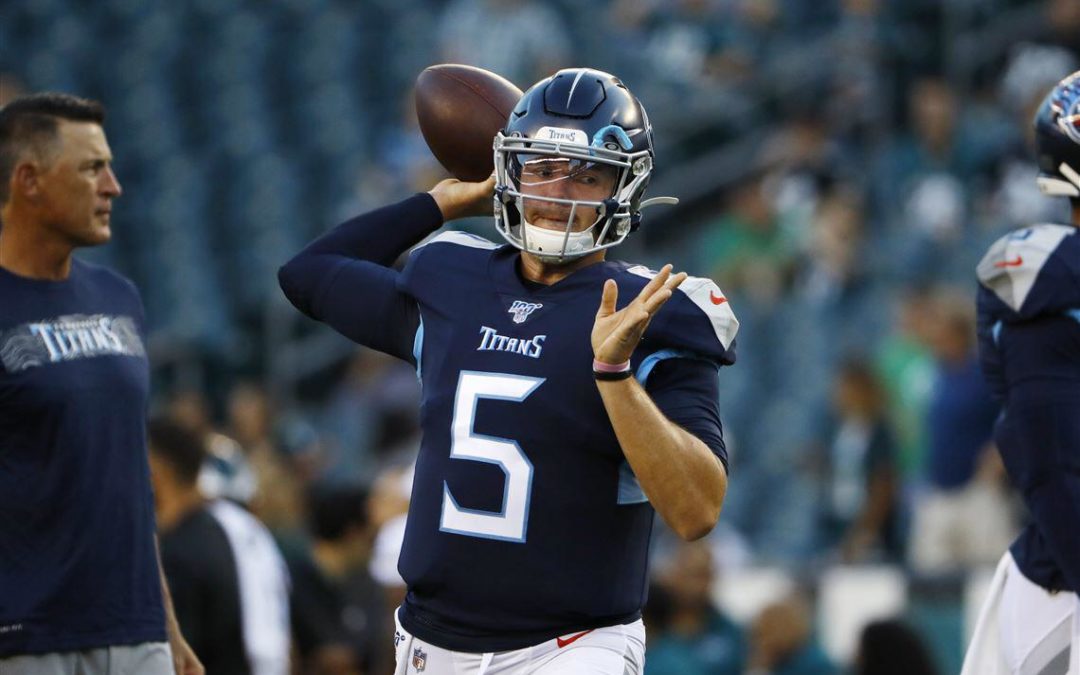 The former San Antonio Commanders quarterback Logan Woodside of the Tennessee Titans seems to be the odd man out of the three Alliance of American Football quarterbacks in the NFL. The others being, John Wolford of the Arizona Hotshots, who will be making his first NFL start this weekend for the Los Angeles Rams. The other quarterback is Garrett Gilbert of the Orlando Apollos, who started a game for the Dallas Cowboys earlier in the year and came just mere seconds from beating the Pittsburgh Steelers.

During his time in AAF, Woodside looked downright electric. The stat sheet may kind of disrespect him but the talent is not measured, it’s something that is seen. He can sling the ball downfield just like any other quarterback at this level, and in fact, probably better than a few starters. This video below is from a pass with the Titans, but it really shows his pass placement.

In eight games, Woodside passed for seven touchdowns to eight interceptions. He went on to pass for 1,385 yards, completing 57.7 percent of his passes (116 for 201) which would add up for a 73.9 quarterback rating. The AAF product would take the ball himself 26 times for a total of 45 yards. Woodside isn’t perceived as necessarily a dual-threat quarterback but he can take it himself when needed – which is an excellent trait to have.

His Commanders offensive line did not give him much help.  Woodside would be sacked 18 times which led the league. All the sacks will hurt, both your stat sheet and your body. Thankfully, he was able to overcome the play from his big men up front.

Time as a Titan

Woodside has always been overlooked since quarterback Ryan Tannehill has been healthy and feeding running back Derrick Henry. The former Commanders signal-caller has been signed to the Titans since briefly after the AAF folded, but has seen very minimal action.

So far in the NFL, the clip above is Woodside’s play that he is most known for. The play was a fake punt and he was lined up as a blocker in front of the punter, took the snap and threw the pass for a completion.

To date, Woodside has primarily only played quarterback during the preseason aside from three passes in the regular season. He truly is one of the most underrated quarterbacks in the entire league. There is so little NFL film that he gets pushed down people’s lists. When given the ball he will shut down any doubter.

This weekend it will be highly unlikely that we see the AAF product in action due to the Titans still having to battle for a playoff spot, but maybe we could hope for the best.