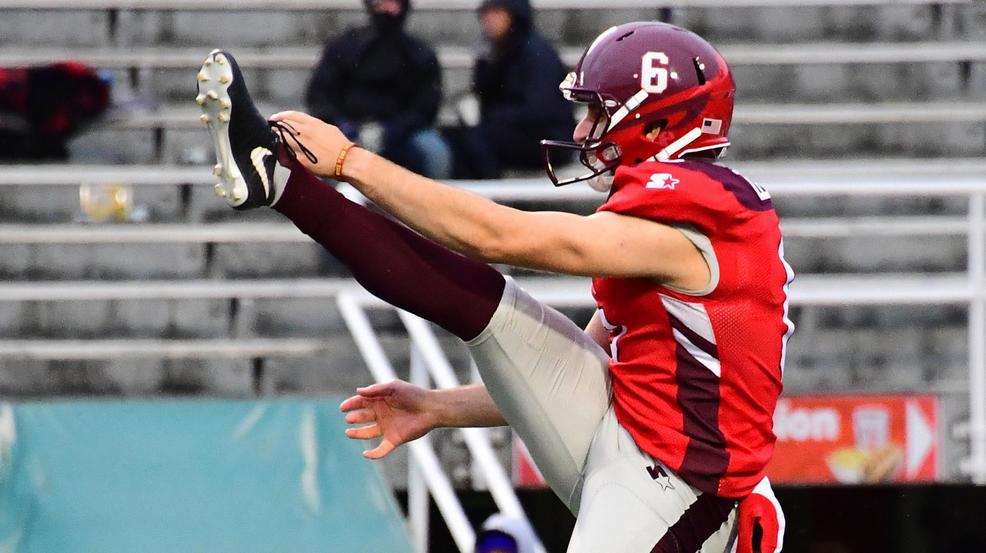 The Australian-born punter Joe Zema continues to keep striving to achieve his professional football dreams. Zema recently played with the Jousters of The Spring League. Sadly, the Jousters were the only team not to have a game televised but that didn’t stop Zema from giving it his 110 percent.

“Yes, playing for the Jousters was a great chance to put the pads and helmet back on and get the game day feel back,” Zema shared.

Prior to The Spring League, Zema was the punter for the San Antonio Commanders in the Alliance of American Football. He put up some of the best stats in the league. On 37 punts, he averaged 45.8 yards per punt (netted 39.3 yards a punt) with a long ball of 69 yards, which would be the longest in the entire league.

That down under grit earned @JosephZema Special Teams Player of the Week for Week 7! 👊#TakeCommand⚔️ pic.twitter.com/VhgLHgD4Q2

In Week 7 of the AAF, Zema would win the Special Teams Player of the Week after his stellar performance that included two tackles, one of which stopped a touchdown. He punted the ball five times with an average of 46.8 yards per punt with a long of 54 yards. Zema really showed why he really deserved to be in pro football.

Special Teams Player of the Week. 💥

“That was an amazing experience,” Zema remembered. “My first pro football contract and the best fans in the league too! Gave me a real sense of what it takes to make it to the NFL.”

With everything happening during 2020, Zema has not let that stop him from striving to achieve his dreams.

“Kicking four days a week and working out three days a week,” Zema said, “You never know when your chance might come.”

He certainly at the bare minimum deserves an NFL opportunity. Zema can blast the ball deep religiously and does it well.  After staying ready, motivated and always grinding, Zema would certainly have to feel good about finally getting an NFL contract.

“It would be a dream come true,” Zema shared. “Something I’ve been working on for a long time now, but that’s when the real work starts”

To close things out, if you ask Zema if he would be ready to play tomorrow for an NFL team, he says “Absolutely!”