Is There A Fire Sale In Chicago? 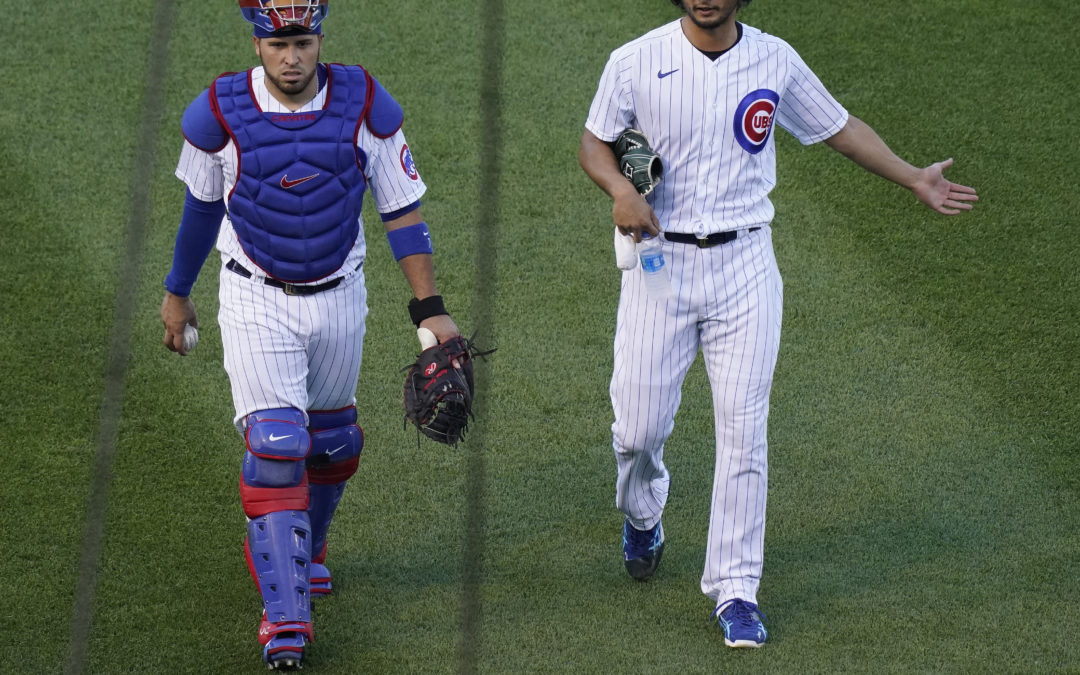 The Chicago Cubs have traded pitcher Yu Darvish and catcher Victor Caritini to the San Diego Padres. This is a move that, while not completely unexpected, is still somewhat surprising. Ever since the first round playoff loss to the Marlins, Cubs fans everywhere have been wondering what changes would be made to the core in the offseason. There was very little question that something had to be done, the only question was what. Would Hoyer trade core players such as Bryant, Baez and Contreras to start the rebuild? Would he keep the core and go after a big free agent pitcher in another attempt to win now? Would he go somewhere in the middle and trade one or two of the core and still try to compete now? Trading Darvish was an outside possibility discussed, but not seen as a real option by most. This trade is a strong indicator that the Cubs are going into a rebuild.

Yu Darvish is coming off a great second half in 2019 and an outstanding 2020. He placed second in NL Cy Young voting and recorded a 2.01 ERA on the year. His command was phenomenal and “Bad News” was reaching the upper nineties with his fastball even in late innings. Most people viewed Yu as a critical piece for the Cubs to compete in 2021. With this trade, there is a serious hole in the rotation for the Cubs to fill. Victor Caritini being included in the trade is no surprise. The young catcher started every game that Darvish pitched last year and the two have great chemistry. It would have been almost more surprising to see them not be traded as a pair. This duo makes San Diego a threat to potentially win the NL West and make a deep playoff push next year.

In return, the Cubs receive pitcher Zach Davies, outfielder Owen Cassie (18 years old), shortstop Reggie Preciado (17 years old), outfielder Ismael Mena (18 years old) and shortstop Yeison Santana (20 years old). Zach Davies is a right hander that recorded a solid 2.73 ERA over 12 games with 63 strikeouts in 2020. Davies paired with some promising prospects would be a good return for Darvish/Caritini. You could almost make a case for Davies filling the hole in the rotation left by Darvish and the prospects being a bonus. The problem is that none of these prospects are old enough to drink a beer. Owen Cassie is a second round pick that has committed to Michigan and hits from both sides of the plate. I don’t have any stats because he has not appeared in any minor or major league games. Cassie was number thirteen on the Padres prospect list and did not appear in the MLB Top 100 prospects list. Reggie Preciado is a switch hitting shortstop. That’s all there is. He has no minor or major league appearances and is currently ranked number eleven on the Padres prospect list. Preciado also did not crack the MLB Top 100. Ismael Mena is an outfielder with potential that has no minor or major league appearances either. He ranks number fifteen on the Padres prospect list and does not appear in the MLB Top 100. Yeison Santana is a shortstop that had a slash line of .346/.429/.494 in his appearance in the Arizona Rookie League last year. Santana is currently ranked sixteenth on the Padres prospect list and did not crack the MLB Top 100 as well.

In short, this trade indicates that the Cubs have no interest in competing for a World Series short term. I don’t understand this line of thought. The Cubs obviously came up short of expectations in 2020 and changes needed to be made. I don’t think anyone would disagree with that statement. That being said, I expected the Cubs to make moves that kept them in serious contention for 2021 and this is not it. The Padres own numbers three, twenty one, forty six and seventy four on the MLB Top 100 list. By trading a Cy Young pitcher and a catcher with a high ceiling without forcing the Padres to gut their farm system, the Cubs have indicated that it’s rebuild time. Cubs fans need to prepare for Bryant, Contreras, and Baez to follow in shortly. I sincerely hope these prospects work out and the Cubs are back in business by 2024, but I am extremely disappointed that we won’t be making a push next year. Go, Cubs, Go!