Should an NFL team take a chance on Utah QB Jake Bentley? 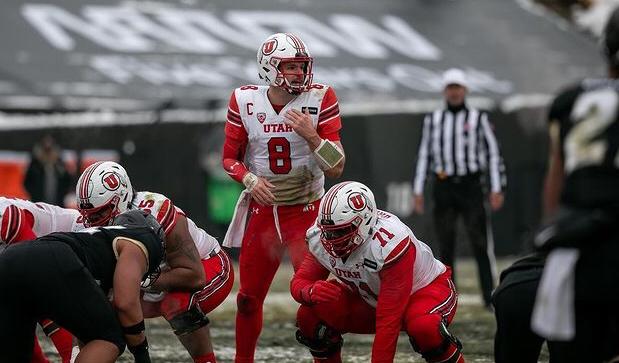 The former South Carolina Gamecocks standout Jake Bentley has been less than stellar in his time at quarterback for the Utah Utes. Bentley was pulled in favor of Drew Lisk in Saturday’s win over the Washington State Cougars.

Bentley looked good as a Gamecock which included a 510-yard passing game against at the time No. 2 Clemson in 2018 – a program record for passing yards in a single game.

Last year, Bentley had to undergo season-ending foot surgery after the season opener. He then announced he would look to transfer for his final season of football and the school he chose was Utah.

Bentley was the Utes opening day starter and left a lot of room for improvement since the beginning. So far in his five games as a Ute, he has only thrown for over 200 yards once and thrown more touchdowns than interceptions just twice.

It seems Bentley is not the same quarterback as he was for the Gamecocks. Perhaps it could be the injury and he is trying to find himself again or else he could be in his own head trying to overachieve.

He just doesn’t throw the same ball he used to either. For the Gamecocks, he would sling it deep with comfort. Now in Utah, he kind of looks hesitant at times to throw it. Could a factor be the cold Utah and PAC-12 weather as opposed to the balmy 70s and 80s of the SEC? Possibly.

In his five games, Bentley’s official stats are 77 for 124 in the air for 882 yards, six touchdowns and six interceptions. He also rushed for 113 yards on 34 attempts for a touchdown.

When you watch Bentley play, he kind of gives off a similar vibe to another former NFL quarterback and former college standout until he got injured. That quarterback is Zach Mettenberger.

Mettenberger may be more of a pocket passer, but he and Bentley are the same height and just five pounds different with a very similar skill set.

Both have cannons for arms but accuracy has always been a little off when they aren’t cruising. Mettenberger was actually just part of The Spring League but never saw the field as he sat behind The Spring League MVP Bryan Scott.

Mettenberger played in two NFL seasons for the Tennessee Titans, where he was drafted in the sixth round,  and one season for the Pittsburgh Steelers during the 2016 season.

Hopefully, Bentley will have a better go than Mettenberger but they both do have some uncanny similarities.

In short, Bentley should be given a chance even if he goes undrafted, which he most likely will. A team could sign him for cheap and hope they get something from him, even if just a practice squad arm. Maybe a team like the Cincinnati Bengals, Minnesota Vikings or New York Giants. A team who seems to have their starting quarterback locked in but maybe three years down the road things don’t pan out then know you have a decent fallback option.