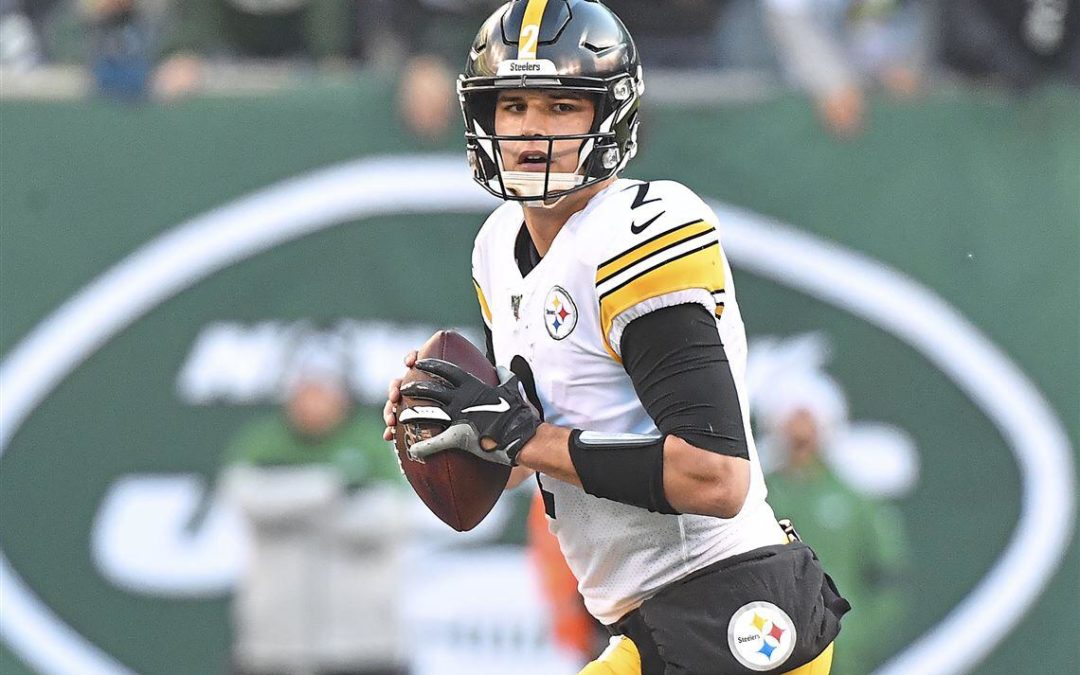 The 25-year-old quarterback of the Pittsburgh Steelers, Mason Rudolph, has been a prime example of a quarterback being slept on for a rapidly aging Ben Roethlisberger, who is aging at the rate of expired milk.

Any time that Rudolph’s name has been called he has looked like a quarterback that deserves a chance to start in the NFL.  The main thing that Rudolph showcases is toughness (both mental and physical), something that Roethlisberger doesn’t have. Roethlisberger is getting peeled off the ground by his lineman anytime he gets hit or he just straight up gets injured.

Rudolph on the other hand get’s his helmet ripped off of his own head, cracked over the head by Cleveland Browns defensive end Myles Garrett and stays in the game for the last play.

On another occasion, Rudolph gets completely knocked unconscious by Baltimore Ravens safety Earl Thomas II. The quarterback somehow walked off the field.

Another thing about Rudolph, he doesn’t blame a loss or a mishap on his teammates or an outside source he just takes it as a professional. Roethlisberger after a bad game or loss will say “maybe I just don’t have it anymore” or “I need to hang it up if I can’t play better.” Things like that are just attention seeking and, to most, symbolizes a poor leader.

It looks like no matter what Roethlisberger does, he will be the starter and he should be returning next season. Rudolph should not have to wait until he is 30 to be able to finally start as a team’s number one quarterback.

In 14 career games, eight of which were starts for Rudolph, he has passed for 1774 yards and 13 touchdowns to nine interceptions.

Where he should go

A team that would mold well with Rudolph would be the Detroit Lions. There are talks rumors of the veteran quarterback Matthew Stafford leaving the Motor City. If that is the case Rudolph could be a very viable replacement.

Rudolph has a lot of the same traits as Stafford. Tough as nails and a great arm, too. They both like to play old-school, hard nose football, something that is not seen as much anymore. Even size wise they are pretty close. Stafford stands at 6-foot-3 and 220 pounds while Rudolph measures in at 6-foot-5, 230 pounds.

It does not seem Mason Rudolph will find a starting chance in Pittsburgh unless there’s an injury to Ben Roethlisberger. If Rudolph wants to start he should look elsewhere.