Garza and the Hawkeyes are rolling 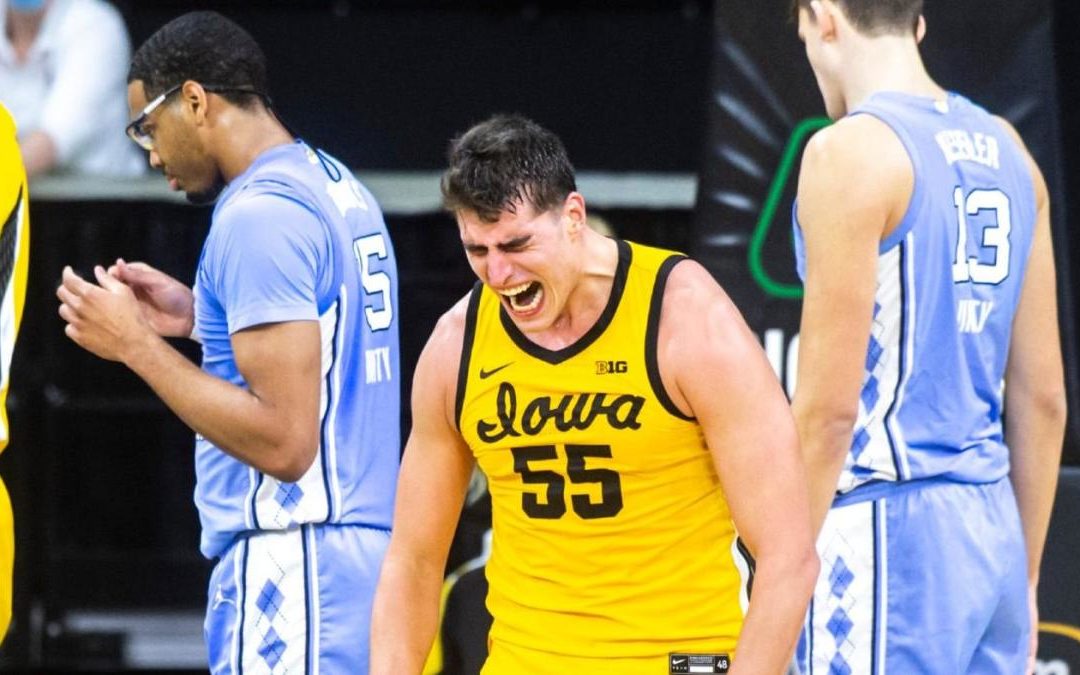 Iowa Hawkeye basketball is back. The Hawkeyes are riding a 6-0 record into a huge matchup against Gonzaga on Saturday. This is going to be a matchup between two of the hottest programs in college basketball. Before we get into that game, let’s take a look at how Iowa got here.

Picking up where my last article left off, Iowa was heading into the Big 10/ACC Challenge to face North Carolina. Iowa dominated that game, coming away with a 93-80 victory. The Tar Heels were definitely ready for Luka Garza and their defense keyed on him all game, holding him to only 16 points. It didn’t matter. Jordan Bohannon scored 24 points, CJ Federick scored 21 points and Joe Weiskamp had 19 points as the Tar Heel focus on the inside allowed Iowa to make a record 17 triples and win the game easily.

This game was a key test for the Iowa offense and they passed with flying colors. Despite only scoring 16 points, Garza dominated the floor anytime he was on it and displayed his playmaking ability and the impact he has on an opponent’s game plan. Anytime Garza drew a double team in the post, he kicked it out to the open perimeter player. Anytime he was one on one, he went to the basket. There appears to be no right answer on how to stop Iowa from scoring. I also loved the next man up mentality from Iowa. Both McCaffery brothers and Jack Nunge were held to zero points. It wasn’t their night, so JoBo, CJ and Weiskamp put up points. It’s great to see and bodes well for the offense going forward.

Iowa easily handled Iowa State next, winning 105-77. The Hawkeyes then faced Northern Illinois and also won easily, final score 106-53. There were no surprises here as Iowa was expected to win and did so in a dominant fashion. This brings us to a 6-0 record and a #3 ranking headed into a tough game against the #1 Gonzaga Bulldogs.

This matchup will be the marquee game of the non conference schedule across the entire country. The Hawkeyes have the No. 1 rated offense in the country behind Garza’s 29.2 points per game. Gonzaga’s offense is rated No. 2 offensively led by Drew Timme with 23.2 points per game. College basketball fans everywhere will have CBS turned on at 11 AM CST on Saturday. What are we going to see? We are going to see Iowa be Iowa. They will pass the ball around and try to feed Garza. That will lead to either double teams and kick outs to open players or Garza going to the basket if left one on one. The only real question is will Iowa execute? If the North Carolina game is any indicator, they will. This will leave Gonzaga with the same choice North Carolina had. Do we double team Garza or do we cover the perimeter? It may appear that I am over simplifying things, but Iowa depends on Garza. He doesn’t necessarily have to score 30 points every game, but he has to be a threat to score 30 points.

If Iowa can force Gonzaga to key on Garza, Iowa controls the pace of the game and it’s North Carolina all over again. If Gonzaga can limit Garza without compromising their perimeter defense, Iowa takes their first loss. It’s that simple. Either way, it’s going to be a great game and a likely preview for a late round March Madness matchup. Let’s Go Hawks!!!!