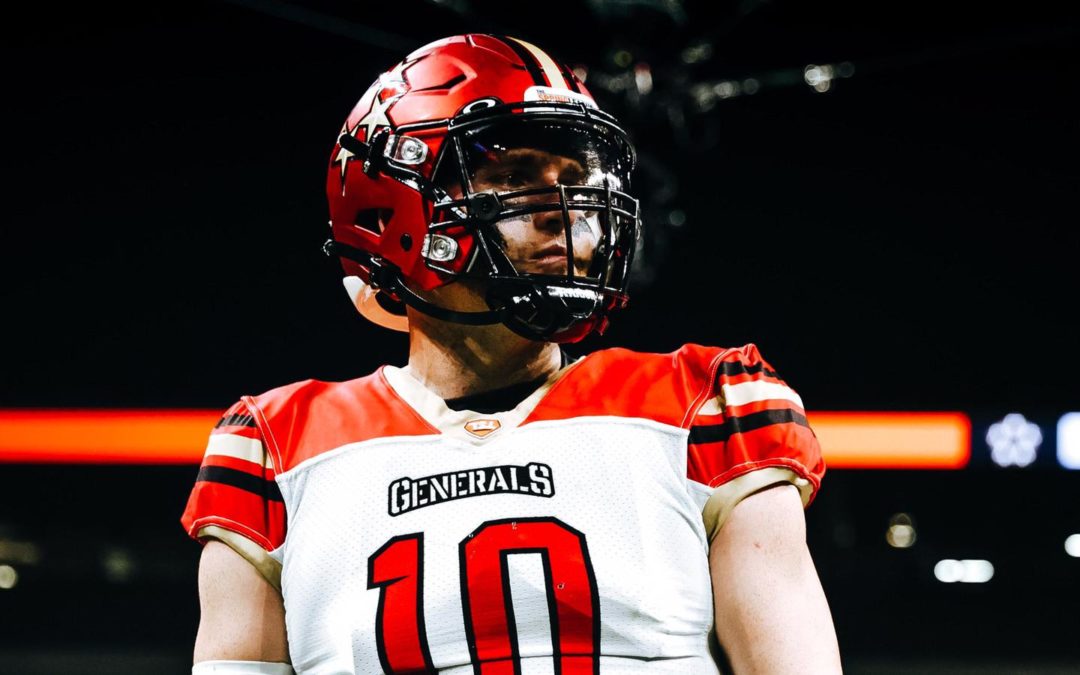 The Generals wreaked havoc on the Aviators in a 37-14 triumph to win the The Spring League championship.

The Aviators looked rough all night long. The offensive line was horrible. George Bowen, the Aviators quarterback, barely had any time at all to throw the football or even think. Bowen did show great poise and accuracy when the line allowed him enough time to make his throws.

Bowen showed off his accuracy on a dime of a pass for a 2-point conversation to tight end Dimitrios Tsesmetzis.

Any pro teams that were watching the Aviators tonight have to take into consideration all of the variables that Bowen had thrown at him.

Now, onto the champions. The Generals were lead by The Spring League MVP Bryan Scott. The Generals ace quarterback passed for 264 yards, three touchdowns in the air and one on the ground. He completed 22 of 32 pass attempts.

Scott came right out of the gates with a circus touchdown pass. It was hit about four times in the air before it was caught by the Generals.

Bryan Scott pulls off his Johnny Manziel impression scrambles everywhere and gets a circus catch for a touchdown. @BryanScottQb #Generals @TheSpringLeague pic.twitter.com/t8jdzJ1M1D

Matt Mengel, the former Conqueror, had a rough game but he redeemed himself with a monster 55-yard field goal.

Scott’s next touchdown would welcome him into a hallowed club being the sole player to ever pass for 10 touchdowns and 1,000 yards in a single season. It was a beautiful ball too.

Welcome @BryanScottQb the to the 10 passing touchdowns and 1k yards club!!

We saw the MVP show off his wheels next and take in a touchdown himself – which he had some fun with. “I was like damn, I might score,” Scott said on the sideline after the score.

Mr. MVP did not stop there. With 4:20 remaining in the game he passed for his third touchdown on the night.

Scott would end the night winning his second Spring League MVP. He certainly was very deserving of those honors.