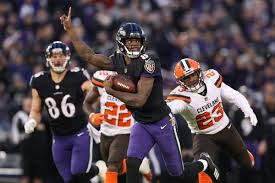 It is Week 14 and we are coming down to the final weeks of this crazy NFL season. Went 2-1 last week in this article with the San Francisco 49ers as the lone loss. I did not factor in the move from San Francisco to Arizona enough in that breakdown and the Bills made mincemeat out of the 49ers defense. This week we have plenty of intrigue with some nice matchups. Let’s look deeper into a few of them.

The Eagles haven’t made this column very often this year and that is mainly most of their games haven’t been particularly interesting. That all changed after another disappointing game by Carson Wentz as the Eagles turned to rookie Jalen Hurts, who came in and played admirably in mop-up duty last week. Now we have Taysom Hill vs Jalen Hurts but it is much more than that. What Sean Payton has done with this Saints team is nothing short of remarkable. Coaching matters in the NFL and Payton has the Saints playing like they are the odds on favorite to win the NFC. The Eagles defense will have to be ready for a heavy dose of Mike Thomas and Alvin Kamara. The Saints will most likely be a handful for the Eagles defense but the real advantage will be on the other side of the ball. The Eagles offensive line has been dreadful all season and Cameron Jordan and the Saints will be looking to take full advantage of that. Look for the Saints to stay disciplined in their rush lanes, force Hurts to make plays in the pocket and not let him escape. Hurts is gonna have to grow up fast here and I hate the spot the Eagles are putting him in. I fully expect Hurts to make a couple of plays, however, I also expect a multiple turnover game from him. I like the Saints to roll in this one and get a double-digit victory. 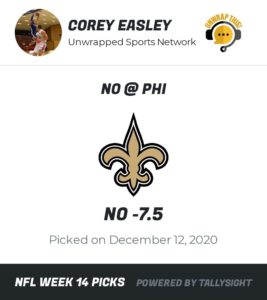 Pittsburgh coming off their first loss of the season will have to regroup quickly as they take on an upcoming Buffalo team in a big AFC matchup. What else can you say about the Bills? Other than their team building and game plans have been amazing this season, especially offensively. Josh Allen has done exactly what has been asked of him and the receiving core is full of talented guys that can get open. The Steelers have been relying on a short passing game a ton this season and I expect that to be the case again – even though Buffalo has a suspect run defense. The Steelers haven’t played a passing offense like the Bills and there are formations that the Bills run that the Steelers have not seen all season. With the injuries mounting can this top NFL defense hold serve against Brian Daboll and the genius he is bringing to these games? That has yet to be seen. I also expect the Bills defense to struggle a bit in this one as the Steelers are not short on passing game options. Getting James Connor back for this one will help but at the end of the day, I found this one too close to call so I will take a total in this awesome primetime matchup. 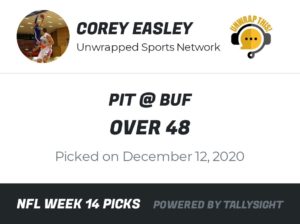 The Ravens trying to get back on track here and will need to against a Browns team shocking the NFL right now as they have run their way to a 9-3 record. The Ravens, who were projected to finish first in the division, now find themselves in third place looking up at the once lowly Browns. The Ravens defense will be tested by the likes of Nick Chubb and Kareem Hunt but they should know that is coming. Jarvis Landry has been crushing it the past couple of weeks and it will be up to Marlon Humphrey to slow him down, which is a possibility. On offense, the Ravens have to be wary of Myles Garrett who deserves mention for the Defensive Player of the Year as he has been phenomenal. The Ravens will look to run their multiple attacks and all signs point to Mark Andrews coming back in this one as well. Look for Lamar to cause the Browns problems as he did in the first matchup of the season when the Ravens blew the Browns off the field. The Ravens will have to take their opportunities in the air in this one and I believe they will. The Browns are the hot team but I think this will be another humbling experience for the Browns once again in this AFC North battle. 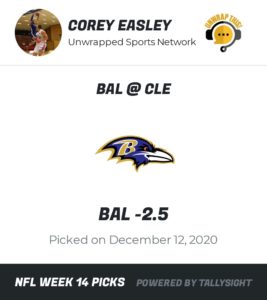