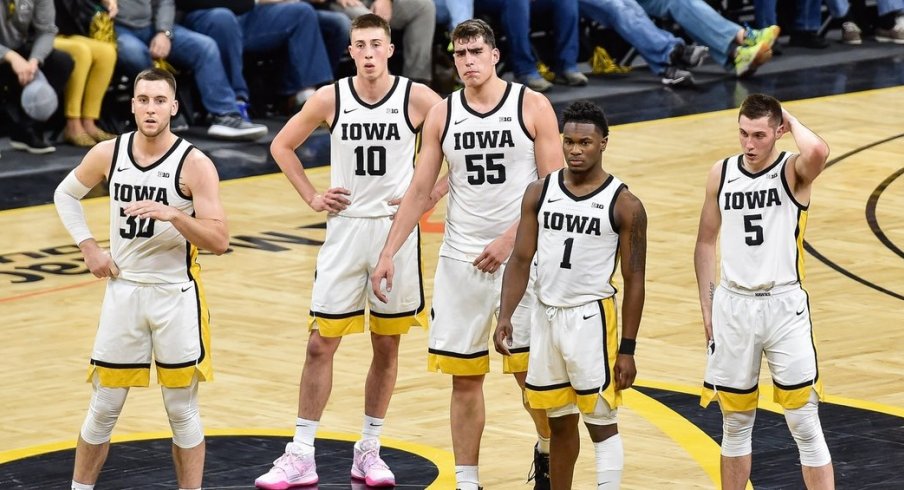 The Iowa Hawkeyes will face off against the North Carolina Tar Heels Tuesday night. This will be Iowa’s first big test of the young season and should provide some fireworks.

The Hawkeyes are 3-0 and currently ranked No. 3 in the AP Poll. They have started strong with commanding wins over North Carolina Central (97-67), Southern University (103-76) and Western Illinois (99-58). Iowa was expected to win all three of these games and did so with authority. Senior Luka Garza has led the way averaging 34 points and 10 rebounds on only 26 minutes of play. He has been the driving force behind this team and expect him to get more minutes against tougher opponents. Garza has been dominant and slowing him down will be top priority for the Tar Heels. Jordan Bohannon and Connor McCaffery have been solid running the offense, but will have to step up the perimeter game and contribute more scoring against North Carolina. The two biggest supporters for Garza have been Joe Wieskamp (avg 12 pts/21 mins) and Patrick McCaffery (avg 11 pts/19 mins). Both these guys, especially Wieskamp at guard, need to step up and prevent the Tar Heels from keying on Garza.

North Carolina is 3-1 to start the season, with a quality win over Stanford (67-63) and a tough loss to Texas (69-67). They also have wins over Charleston (79-60) and UNLV (78-51). The Tar Heels are a fairly young team and have four players averaging 10 to 12 points per game each. They will be looking to senior Garrison Brooks to provide leadership and freshman Caleb Love to have a breakout game.

This game is going to come down to whoever’s defense can force more empty possessions and turnovers. This will be the first true test for the Iowa defense that has not been great. Look for Coach Fran McCaffery to dial up pressure early and try to force turnovers. Offensively, Iowa needs to spread the ball around and not let the Tar Heels focus on Garza. The perimeter guys will have to step up and make some shots to take the defensive focus off of Garza and allow the offense to function. Look for Patrick McCaffery to have a strong start to the game and take advantage of the focus on Garza. Iowa also needs to clean up the turnovers. They are currently averaging 10 per game as a team and need to bring that number down to compete with top tier teams.

The wildcard in this game is Jack Nunge. He missed two out of three games due to the death of his father, but had a great game in his one appearance. Nunge played 19 minutes and racked up 18 points and five rebounds. If he can contribute at that level against North Carolina, Iowa’s chances of winning improve drastically.

I expect Iowa to win this game and continue their march towards madness. Final score, 82-74, Iowa wins. LET’S GO HAWKS!!!!