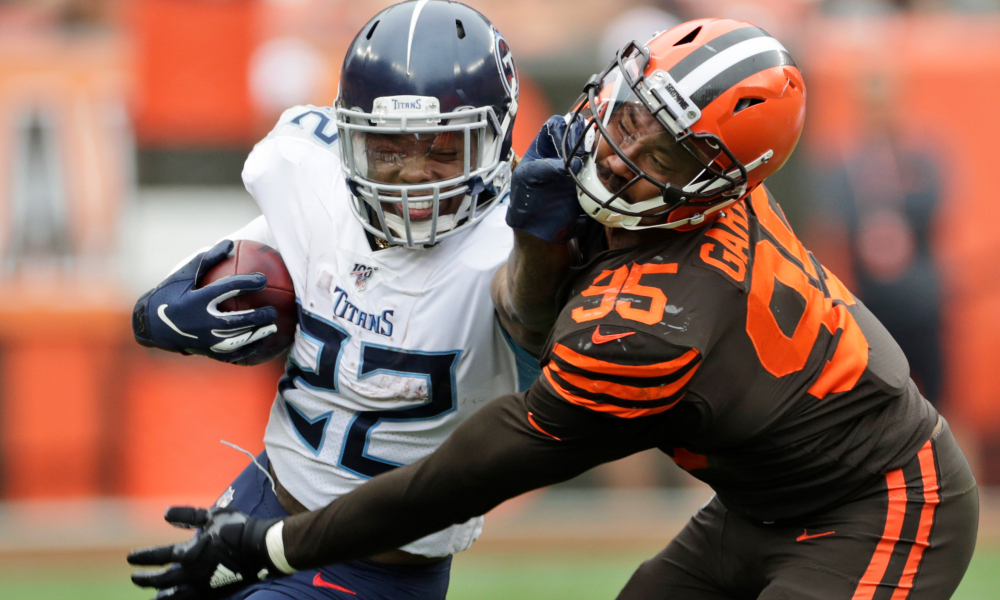 We did it! We survived the longest week in NFL history. Unfortunately, for me, I had another rough week for the column losing in hard wrenching fashion with the Los Angeles Chargers and Kansas City Chiefs. That is just how it goes sometimes. Underdogs were awesome again last week and have continued to buck the trend all year. If you can turn away and bet the dogs with the spread it has been the most lucrative tactic you could have all season long. Week 13 bodes some interesting matchups but lacks heavy hitter ones. Nonetheless, let’s get into it.

Who would have thought we would ever be in this situation with these two teams primed for a playoff spot in the AFC together at 8-3. Well, we are here and the philosophy of both teams is very similar. Both teams have run the ball extremely well and both heavily rely on play-action passing. So much so these are the No. 1 and No. 2 teams in that category in the NFL. Both teams have exceptional running backs and we can expect more of the same in this one. Both teams rushing offenses have not been tested at all in the past few weeks as both have played some porous run defenses. The Browns should have Myles Garrett back this week which will be a welcomed boost. The Browns secondary is pretty beat up at this point but this game will be won in the trenches. I think the Browns can do enough to slow down this Titans offense. Some trends in this one: the Titans have won each of the last three versus the Browns. The Titans have failed to cover the line in each of their last nine games versus AFC North opponents.

Huge NFC West division game and the Cardinals will look to get back on track after dropping a game to the New England Patriots last week. The Rams coming off a bludgeoning by the San Francisco 49ers last week will look to continue the trend they have versus the Cardinals and win their seventh in a row against this up and coming franchise. The Cardinals need to figure out what they want to be. When Kyler Murray runs the ball they are a lot more dynamic. The passing game in Arizona has not been creative up to this point in the season and this Rams defense is no joke. The Rams buoyed by an under appreciated defense will need Jared Goff to have one of his good games. Goff has always been up and down depending on the defenses he is facing. Luckily for him and the Rams, this Cardinals defense is not very good. Look for the Rams to use all their weapons in this game. Cam Akers has been coming on strong as of late. Look for Cooper Kupp to bounce back and Robert Woods to continue his good play. I like the Rams in this one as Murray runs for his life to keep the Cardinals playoff hopes alive.

This game is super intriguing and is now on Monday night due to rescheduling and the 49ers playing the game in Arizona. This line opened up as Bills favored and has flip-flopped and settled on a pick’em at the moment. The matchup is so interesting due to the way these teams align. For the 49ers’ offense, this is a nice defense to go against. The Bills have been pathetic against the run all year. The 49ers will have Deebo Samuel, Brandon Aiyuk, Raheem Mostert and all their speedy weapons. The Bills offense may need to keep them in this one. The 49ers defensive coordinator Robert Saleh is getting a lot of head coaching buzz currently. This will be a test for his Cover 3 scheme to see if he can contain Josh Allen and this Buffalo Bills offense that has just enough weapons to cause damage to any defense. Can the 49ers get enough pressure on Allen, keep him in the pocket and force him to make on-time money throws? That will be the key in this one as the 49ers are going to nickel and dime the Bills defense on offense and should be successful. The Bills will need to have a clean game from the turnover perspective and unfortunately, I do not trust them to do so. I think the 49ers get another ugly win here against a resurgent and talented Bills team. 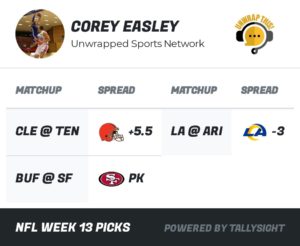