Should Matthew Stafford seek a trade? 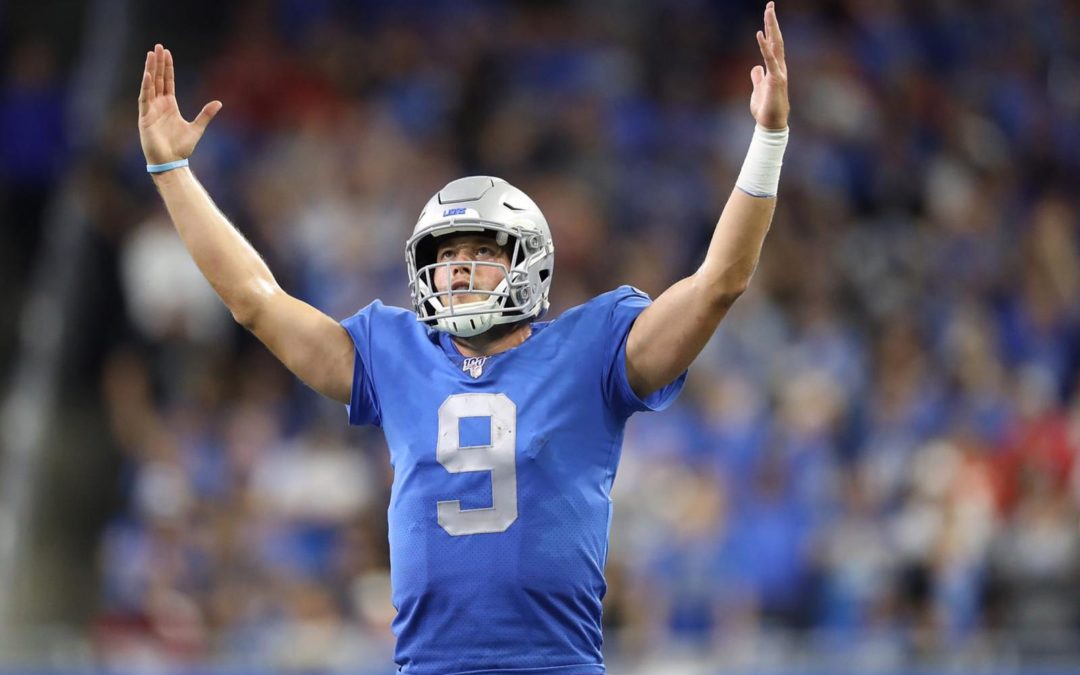 For the past decade, Matthew Stafford has been one of the most slept on quarterbacks in the entire NFL. Majority of the reason being that he has always been with the mediocre Detroit Lions. It is time that he finds a way to get out of the Detroit dumpster fire and finds his worth with a good team.

Seemingly this year and last, head coach Matt Patricia and Stafford have not seen eye to eye. After the brutal loss to the Houston Texans on Thanksgiving Day, Stafford was asked about Patricia’s coaching. Stafford declined to reply.

A few teams could use a veteran quarterback to start and lead their team. Stafford has been one of the NFL quarterbacks who have stuck out as a great leader for years. He even played through a broken collarbone in 2009, a broken back in 2018 and a broken hand on another occasion. To simply put it, he is one tough dude.

Sure, the Broncos have Drew Lock and he is not horrible. He is still young, just turning 24 this month. Lock needs a lot of accuracy help, he had a 14-14 touchdown to interception ratio since joining the league, but it is hard to give up on Lock. That being said, maybe it is not giving up but, even more so, helping him. Let him either sit and learn behind Stafford as a very sturdy back up option or trade him while he still has decent trade bait value.

Stafford fits the mold of the big-armed quarterback that John Elway seems to love. He brings in the down to earth leadership mantra like Peyton Manning did. There is just a lot to like about sending Stafford to the Mile High City.

This one may be a hot take with the Jaguars already salivating at the thought of Trey Lance or Justin Fields as a top-5 pick in next year’s NFL Draft.

Another downfall is that the Jaguars seem to be a run-heavy system at times with quarterbacks like Blake Bortles, Blaine Gabbert, and Chad Henne in the past.

It is a long shot but if the Jaguars would pursue the cannon armed Stafford and let him become the franchise quarterback, the Jaguars could actually look like a good team for the first time since the 2018 season.

Dak Prescott is set to become a free agent at the end of the year. After suffering that brutal season-ending ankle injury at the beginning of the year, it should be seen that Prescott will want Jerry Jones to hand him a blank check if he stays in Dallas. After putting his body through the wringer for Jones and never winning more than one playoff game per playoff appearance, it will have to be a Christmas miracle for Prescott to stay in Dallas.

As much as it pains people to say, Andy Dalton does not look like a long-term option at the quarterback position anymore.

Stafford will have the benefits of a great young receiving core with CeeDee Lamb, Amari Cooper and Dalton Schultz. Yes, Stafford has Kenny Golladay and TJ Hockenson in Detriot, but the whole organization is known for ruining players.

Another benefit of Dallas is once a new season starts, and pretend Stafford takes over, he will have a cakewalk of a division to play against that is the NFC East.

Moral of the story

Stafford should get out of Detroit as soon as possible. He is not getting any younger and it would awesome to see him win a Super Bowl before his NFL time is up.