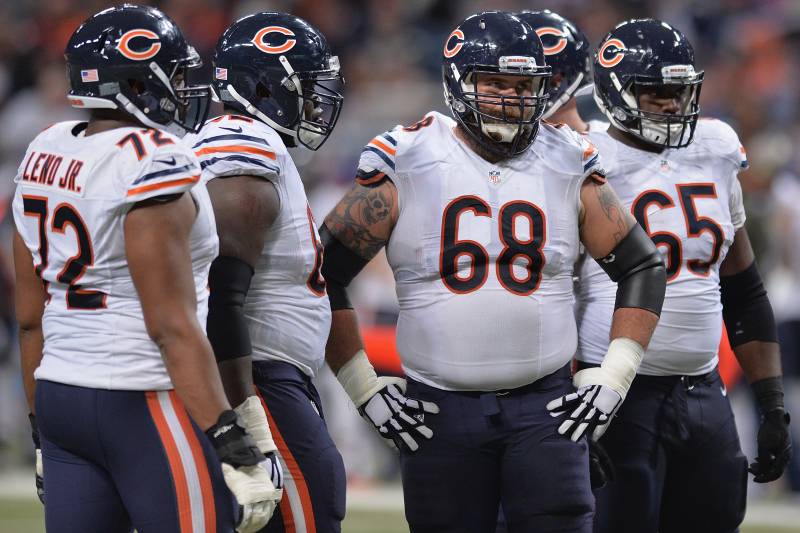 Like most Bears fans, I am currently done with this team. It’s another great defense being wasted by an offense that can’t score points. David Montgomery has 472 rushing yards on the year. By comparison quarterback Kyler Murray has 604 yards rushing. I don’t point this stat out to disparage Montgomery. The guy is a beast. The problem is the offensive line. The unit was a problem last year and the Bears brought in Juan Castillo to fix it instead of focusing on improving talent. This move has failed. Neither quarterback on this team has had any time to throw the ball and Montgomery is getting three yards per carry while getting hit two yards behind the line every time he touches the ball. I’m not saying that the offensive line is all the problems, but having a line that can block is pretty important. The line has been plagued by injuries all year and is not the same unit that started the year, but they can not be blamed for all the problems.

The offensive line is where everything starts and if they can’t block, nothing will work on offense. We are seeing this effect every time Chicago takes the field. It’s time to think outside the box and make some changes. There are several ways to get help, including practice squad players and free agents that have been cut from other teams. I am suggesting another route.

Jarvis “Tank” Courtney Senior is a 6-foot-6. 310 pound beast that is currently a free agent looking for his shot at the show. He plays left tackle, center and has even spent some time at fullback. Tank started his football career at Chopticon High School in Maryland and made the All-Star Game during the 2012 season. He did not play football in college, choosing to stay home to help his family out instead. He never forgot about football and tried out for the West Virginia Roughriders of the NAL. He crushed the tryouts and made the team. His play was so impressive that he was soon playing for the Wenatchee Valley Skyhawks of the Professional Indoor Football Organization. Despite playing only half the season, Tank was selected to the second All-Conference team. He was then signed by Salina Liberty of the Champions Indoor Football League, but the season was cancelled due to COVID-19.

I recently had Tank on the podcast I co-host with Midnight Moose, The People’s XFL Show. We talked about his background, attitude and training. This guy is hungry and ready for a shot. Despite the season being cancelled, he never stopped training. His current favorite workout? Squat jumping up an almost vertical hill with a weight bar and two 45 pound plates on his shoulders. His motivation? A cut out of Aaron Donald greets him every time he walks into the gym. Tank dominated every level of football he ever played at and is ready to go. He has a great attitude and would be a great presence in the locker room. I’m not saying he will answer all the Bears’ problems, but it would be a start and, frankly, at this point what does Chicago have to lose? Give the man a call and get him on the field.

Bear down Bears fans because with or without Tank, it’s going to be a long season. Maybe Tank can bring us a bright spot to close out 2020 year.