Effects of the Chris Paul Trade 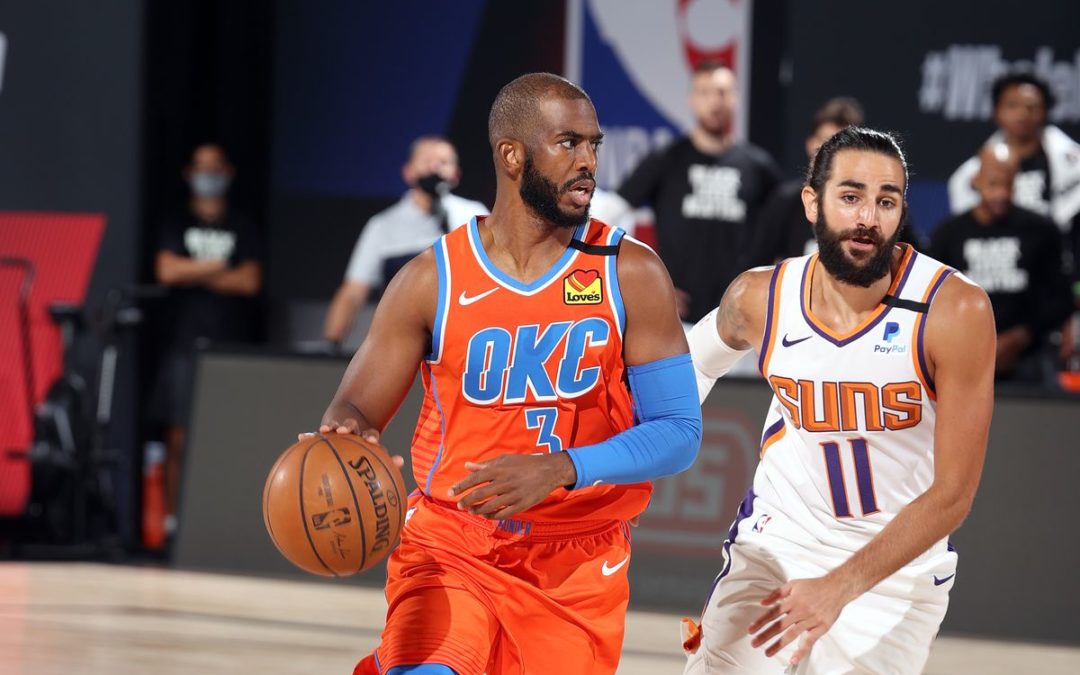 The Suns moved the first chess piece in an offseason that is sure to be full of twists and turns. After all, this is the NBA. The Suns traded Ricky Rubio, Kelly Oubre, Ty Jerome, Jalen Lecque and a 2022 protected pick for Chris Paul and Abdel Nader.

First, let’s talk about the Thunder side of the deal. The Thunder pulled off an awesome trade. They struggled at the small forward position, so getting Kelly Oubre was huge. He is a free agent next season, but they wouldn’t trade for a young piece like Oubre without the intentions of signing him long-term. Rubio was a nice addition to this trade. Losing Chris Paul was obviously tough on the immediate future of the team but replacing him with a seasoned veteran like Ricky Rubio helped out a lot. He has a similar style to Paul and could help the charge in another playoff push.

For the Suns, they are simply tired of missing out. They haven’t made the playoffs since 2010 and they believe they should have punched their ticket this past season, going 8-0 in the bubble seeding games. Although they are losing big pieces like Oubre and Rubio, they attain one of the best point guards in the league. Chris Paul seemingly carried the Thunder to the sixth seed last season and even took the Rockets to seven games.

The 10-time All-Star played under Head Coach Monty Williams in New Orleans. Earlier last season, Paul spoke on Monty Williams and the Suns. “I used to get so excited before the games about the plays he was drawing up,” Paul said.

There seems to be a good chemistry between the coach in the suit and the coach on the court. Devin Booker showed promise last season, averaging 26.6 points per game and making his first All-Star appearance. In the eight seeding games with the season on the line, Booker averaged 31 points per game while shooting 52 percent from the field. He also called game against the Clippers, knocking down a fadeaway jumper at the buzzer over Kawhi Leonard. Deandre Ayton should see an uptick in efficiency with Chris Paul and Devin Booker seeing double-teams. Ayton should thrive in the pick-and-roll, considering Chris Paul is both an incredibly smart ball-handler and is a serious threat on the perimeter.

The Thunder didn’t lose too much ground on this one. I believe they find their way into the Play-In tournament and get their shot and the playoffs for the second year in a row. The Suns gained major ground and will prove to be a candidate for a lower-tier playoff team. The depth of the team will be a concern, but this is a star’s league, and there are now two All-Stars in the desert.