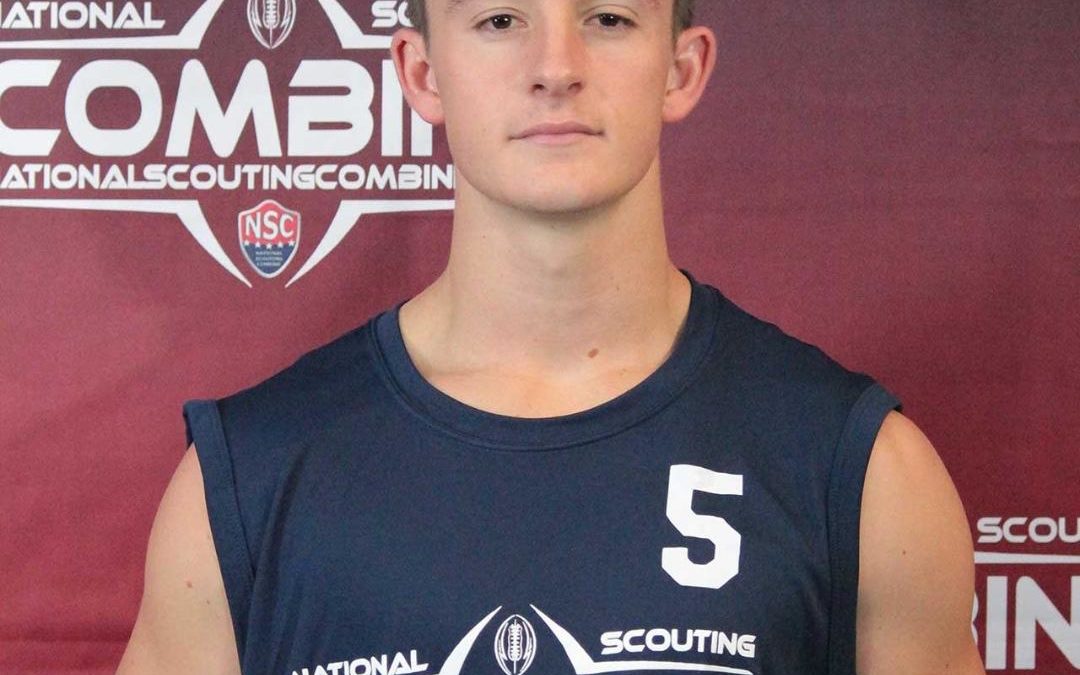 A cornerback and running back out of South Africa has quite an interesting story as to how he found his passion to strive for the NFL glory. Armand van Rensburg underwent eight shoulder surgeries from his rugby career in South Africa before seeing a sign to look on to American football, presumably the NFL.

During his time as a rugby player, van Rensburg said “I do have a lot of great sporting moments like when I played 7’s rugby in Dubai.”

Coming from a completely different country where American football is just about non-existent had to be hard.

“In all honesty, interesting and very nerve-racking,” van Rensburg said. “I did all I could to prepare for the moment, but it took me by surprise and I absolutely loved it. It was scary at first because it’s a whole new world, but when I started I knew this is what God wants me to do.”

Potentially being able to play both positions, cornerback, and running back, that has to be an advantage to some degree having the skill to play both sides of the ball. He has quite the caliber from playing rugby and running through people

“My rugby background can give me an edge in running lines, gaps and even breaking tackles because that is what we are taught from a young age,” van Rensburg said on playing running back.

In fact, van Rensburg has quite the speed. He actually put up a 4.60 40-yard dash at the National Scouting Combine.

“In the cornerback position, my acceleration and overall strength in my legs will definitely make me a defender that would pose a threat to anyone,” van Rensburg stated. ”I believe with the right coaching I can make it to the NFL or CFL in those positions.

He has great speed as he showcased, but also an interesting fact about van Rensburg is that he is quite the kicker too. He was a kicker in rugby. When asked who van Rensburg watches film on he would tell you Marshawn Lynch.

“Just the routes he runs and the gaps he runs through, but in all honesty, I mostly enjoy his overall brutal strength when running,” van Rensburg said.

To stay ready for the NFL, van Rensburg fell in love with CrossFit, which is a very physically, exerting exercise regimen. He credits CrossFit for so much of his success, both mentally and physically.

“It prepared me for it because CrossFit gives you strength throughout your body,” van Rensburg reminisced on CrossFit. “CrossFit helps not only physically but mentally because I help you develop a way that you can tell your body that you can keep going. This hurts, you are sweating (and bleeding), muscles are sore but just when any other person would give up a CrossFitter would definitely try again. CrossFit gives me the edge I need to succeed.”

To wrap things up, attending the National Scouting Combine was a mere blessing for van Rensburg. Something he strived so long and so hard for, it was a true miracle. When asked about his favorite memory though it was hard to pinpoint just one. However, it’s hard not to look back at where it all began.

“I do have a lot, but if I had to pick one it would be the day I received my invitation to participate at the 2020 National Scouting Combine in Indianapolis,” van Rensburg said. “I stood in my office where I worked and I received an email from the Scouting Combine and I just started crying and saying thank you Lord.”

As an ending statement, van Rensburg reflected on the moment that helped inch him closer to his goal.

“An absolutely amazing experience,” van Rensburg said. “I can’t quite describe what would go through my mind at that moment, but I can tell you this: I will cry and I will pray. Because only the Lord can give me an opportunity like that.”