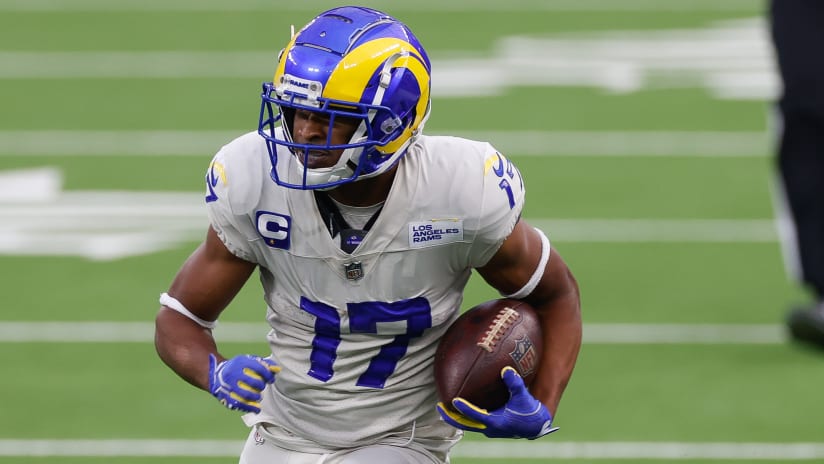 While it might be early in the week, it’s never too early to know your matchups and make lineup decisions for Week 10. In this article, I’m going to help you decide who to start and who to sit to get a win in Week 10. (Yes, the rhyme was intentional)

Brady had a pretty terrible week against the New Orleans Saints. He threw for zero touchdowns. Zero. That’s the first time this season that Brady didn’t tally a score. He also threw interceptions. That was the first time Brady threw three picks in a game since Week 3 of the 2011 season.

With that being said, the GOAT will be looking to turn back the tide and get the Tampa Bay Buccaneers back on track. This week, Brady takes on the Panthers. Carolina gave up 372 yards and four touchdowns to Patrick Mahomes and the Chiefs. With Chris Godwin possibly coming back, Mike Evans at full strength, Gronk getting into his groove and Antonio Brown joining the arsenal, Tom Brady should be in for good week.

This pick needs little explanation. Jared Goff is playing the Seattle Seahawks. The Seahawks have given up the most points to opposing quarterbacks and Goff should be able to exploit that matchup.

The Los Angeles Rams get their starting running back, Darrell Henderson, back this week. This plays perfectly into Goff’s hands. His weapons are healthy, and that’s pretty much all you need when you’re throwing the ball against the Seattle secondary.

With his newfound mobility and a favorable matchup against the Las Vegas Raiders, Drew Lock should be able continue his hot streak and stampede in Vegas.

The reigning MVP has struggled this season. It’s not entirely his fault. He’s run into some tough defenses in recent weeks. In Week 8, Jackson ran into the Pittsburgh Steelers. He threw for 208 yards and two touchdowns but gave the ball up four times by throwing two picks and fumbling twice. Last week, the Indianapolis Colts put the clamps on him. He threw for a mere 170 yards and did not throw a touchdown. However, he did run for 58 yards and a score.

This week, his luck works against him once again. The New England Patriots defense has locked down opposing quarterbacks and Lamar doesn’t show any signs of breaking through. Don’t hold your breath for a big week from Lamar Jackson. He should be on your bench this week.

The No. 1 pick in this year’s draft has lived up to expectation. The past two weeks, Burrow has thrown for 655 yards and five touchdowns while only giving up the ball twice. Unfortunately, the rookie faces one of the toughest defenses in the Pittsburgh Steelers. As mentioned before, the Steelers haven’t been too kind to quarterbacks.

While Burrow might be hot, he’s due for a cool down. I don’t expect him to crumble, but he won’t meet expectations this week and won’t get you a win this week.

Stafford’s season has been up and down. He wasn’t expected to be a top-5 quarterback this season, but he was expected to be a consistent option at that position. For the most part, it has come to fruition. However, he has had a few hiccups and they shouldn’t be ignored. Last week, Stafford threw for 211 yards and one touchdown while throwing two interceptions. This came against a mediocre pass defense in the Minnesota Vikings.

This week, Stafford faces the Washington Football Team. Although their record might not say so, Washington has a stout defense. Kyler Murray was only able to throw 286 yards and a touchdown with one interception against Washington. Lamar Jackson threw for only 193 yards and two touchdowns with one pick. If the Football Team can hold these fantasy stars to a mediocre week, I can only imagine what they’ll hold Stafford to.

Considering the skills Robinson has proved he has and the lackluster run defense that resides in Green Bay, James Robinson should be able to trot all over the Packers this week.

Yet, another rookie on this list. Gibson took over the starting job early on in the season but has yet to take the “bell-cow” role. This could be the week where that changes. Gibson is a pass-catching running back who also excels on the ground. The problem is Washington hasn’t used him to his strength. Catching the ball 22 times this year, the rookie running back averages eight yards per catch. However, he has only garnered 27 targets.

If Washington can figure out a way to throw the ball more to their duel-threat running back, it could bode well for not only their record, but the fantasy value of Antonio Gibson. This week, Gibson faces the Detroit Lions; a fairly soft run defense. It shouldn’t take him too long to find the gaps and exploit this matchup.

While there might be some doubt in your mind, fear not. Connor is the clear-cut back in Pittsburgh, and I expect the Steelers to dominate the Cincinnati Bengals early. This would open up plenty of opportunities on the ground for James Connor.

This season has been a weird one for Melvin Gordon. Some weeks, he has been the absolute lead-back. In other weeks, Phillip Lindsay has taken over the opportunities. In the past three weeks, Gordon has been held to just 31 carries for 112 yards and a touchdown. This isn’t ideal going forward and there have been no signs on Gordon getting back those carries he was accustomed to early in the season.

Although he has a favorable matchup this week, it’s hard to trust he’ll be the one who gets to take advantage of it. Melvin Gordon should be on your bench until he’s made the clear lead-back in Denver.

The rookie running back looked very promising early on. He immediately took over the carries for the Colts and it looked like he was going to be the steal of drafts. Recently, it hasn’t looked that way. Nyheim Hines and Jordan Wilkins have gotten in the mix on carries and have been making the most of them.

The past two weeks, Taylor has only carried the ball 17 times for 49 yards. Last week, he was saved by a touchdown. Going into Week 10, I’m not sure I can trust Taylor, given that it looks like he’s a touchdown-dependent player.

If you look up the word “mess” in the dictionary, there’s a picture of the San Francisco backfield right next to it. There have been injuries, disappointments and bad matchups.

Speaking of bad matchups, they have one of the worst this week. New Orleans has been extremely tough on running backs and this week, they are licking their chops. On top of the matchup, there is no telling who will get the bulk of the carries for the 49ers. Jamycal Hasty was supposed to get the work last week, but only carried the ball four times. Jerick McKinnon has been touchdown dependent for most of the season and Tevin Coleman has been in and out. Raheem Mostert looked to be the lead-back early in the season but was placed on the IR in Week 6. Play it safe and bench the 49er running backs.

It’s been hard to trust Rams receivers this season. Goff likes to spread the ball around, making it difficult to start Robert Woods or Cooper Kupp in confidence. This week, I consider Woods to be a top-5 play. Mentioned before, Goff is in for a big week going up against the Seahawks. Robert Woods has a favorable matchup, considering Seattle ranks last against opposing quarterbacks and receivers. In his last outing, Woods caught seven passes for 85 yards and a touchdown. He also rushed for a touchdown.

I fully expect Woods to continue his reign as the Rams top pass-catcher and go crazy against the Seahawks. After all, everyone else has feasted on this weak secondary.

The 49ers are in trouble. They’ll be without Jimmy Garoppolo and George Kittle for the remainder of the season and their receiving core has been banged up all season. Aiyuk has been one of the few bright spots on this team. Opportunity is everything for pass-catchers and Aiyuk will get a lot of them.

Going into the week, the following receivers/tight ends are out: George Kittle, Deebo Samuel and Kendrick Bourne. This leaves Aiyuk and Richie James as the top targets. James had an excellent game last week and got most of the targets. That was only because Aiyuk didn’t suit up. The rookie receiver has gained some chemistry with backup quarterback Nick Mullens. I look for that continue against a forgiving Saints defense.

There’s a theme on this list. Jerry Jeudy has gotten the most targets and the most catches for the Broncos after Courtland Sutton was sidelined for the season. Similar to the 49ers, the Broncos can’t stay healthy. But the good news for the Broncos is that Drew Lock is back, and he loves to throw the ball to the rookie wideout. The last two weeks, Jeudy has caught 11 passes for 198 yards and a touchdown.

Denver has a fairly easy matchup against the Raiders and Jeudy will see plenty of targets with tight end Albert Okwuegbunam out for the game and Noah Fant on the fence this week.

Lockett has been outstanding this season. But Russell Wilson likes to spread the ball around. Every week, he has a different target. For Tyler Lockett, it’s hit or miss. He could have a week of 15 catches for 200 yards and three touchdowns like he did in Week 7 against the Cardinals, or he could go for 2 catches for 39 yards and no touchdowns.

This week, the Seahawks are playing the Rams who allow the 2nd fewest points to receivers. Lockett has not faired well against tough opponents, combining for 10 catches of 112 yards and one touchdown against the Dolphins, 49ers and Bills. The Rams are different and will lock down Lockett in Week 10.

The last two weeks have been brutal for Adam Thielen. He’s combined for five catches and 65 yards with no touchdowns. This is in large part due to bad quarterback play from Kirk Cousins. Thielen has just three games of four catches or more this season and just four games of 40 yards or more. He’s saved himself with seven touchdowns but hasn’t snagged a touchdown since Week 6.

The Chicago Bears are a tough draw for this Vikings receiving core and they have heavily relied on Dalvin Cook the past couple weeks. If the Vikings can once again build a sustainable lead, the offense will run through Cook once more and essentially take Thielen out of the mix.

Chark has had an odd season. It’s been a rollercoaster of targets, yards and touchdowns. In Week 4, Chark caught eight passes for 95 yards and two touchdowns. The next three weeks, he combined for 11 catches, 87 yards and no touchdowns. Last week, he went for seven catches, 146 yards and a touchdown against a soft Texans defense.

The inconsistencies aren’t entirely his fault. Gardner Minshew hasn’t played much the past few weeks and he’s played against some tough defenses in the process. This week, Minshew won’t be active and they’ll be playing the Packers. While the Packers might be soft on the run, they are tough on the pass. Don’t expect this week to be good for DJ Chark and the Jaguars passing game.