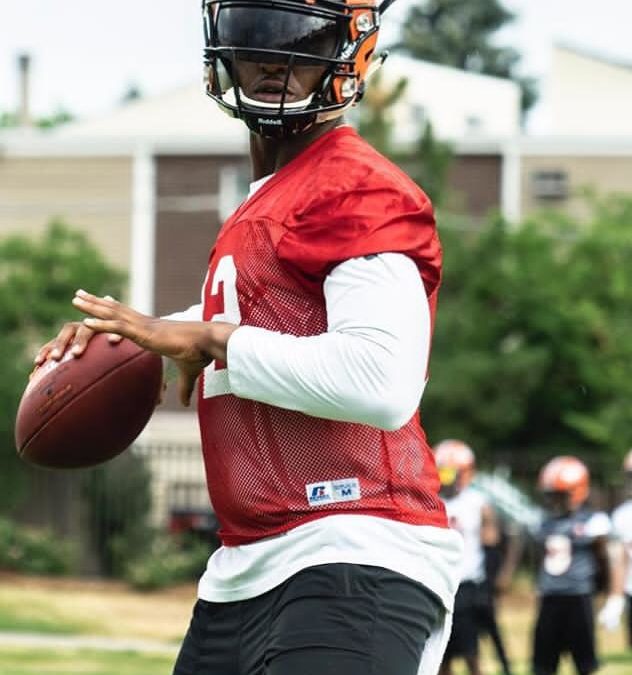 Quarterback Devlin Isadore, a product of Angelo State, Navarro College and North Texas, has joined the Aviators from the Alphas. Isadore posted the Aviators helmet to his Instagram story this afternoon.

Perhaps the Aviators have something up their sleeve for how Isadore will be used in the system. He has tons of upside but was just never really given much of a chance. Out of the three quarterbacks, Isadore and Bowen are the sleepers. They both have tons of potential and I would not be surprised to see either or both breakout.

At 6-foot-4 and 217 pounds, Isadore is a prototype build for a modern day professional quarterback. Isadore reminds me a lot of a Deshaun Watson style player. He can sling the ball deep and accurate but also be aware that he is not afraid to run when necessary.

Just to highlight one of his seasons at Navarro College, Isadore threw 21 touchdowns in nine games with 2,173 yards in the air, which averages to be 241.3 yards per game. That included back-to-back 400 yard plus passing games; 426 yards against Northeastern Oklahoma A&M College and 439 yards playing Tyler, which was also a five touchdown affair. He completed over half of his passes, too.

Devlin Isadore is certainly a quarterback to keep a close watch on. He has been behind JT Barrett and learned from some of the best coaches. The 6-foot-4 quarterback has tons of football knowledge and ability. He really should not be slept on no matter the scenario in the game or however it happens.