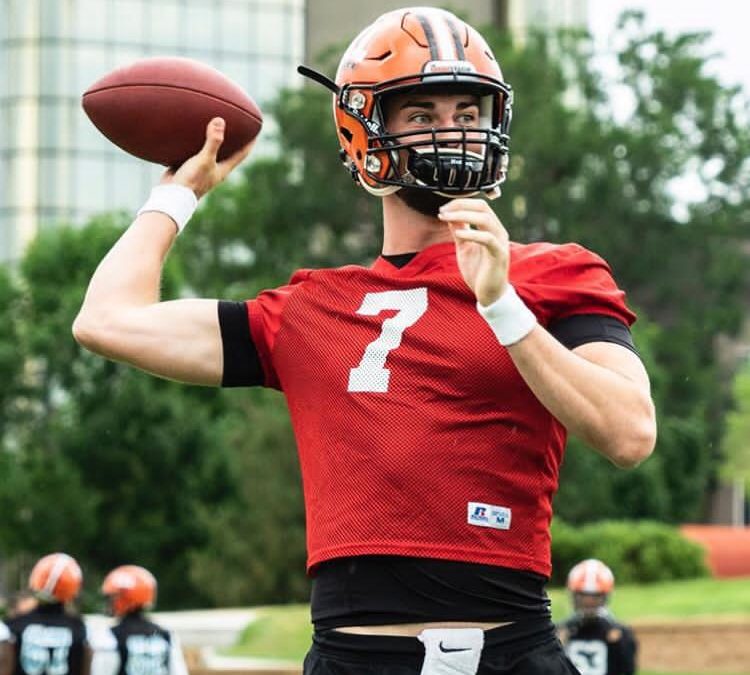 Tuesday night’s game was Connor Kaegi’s first game in The Spring League. He played as a Conqueror behind Kevin Anderson, who threw for 325 yards in the air, and Cole McDonald, but he never had the opportunity to see any playing time. The Spring League is all about film and playing time so the Blues making the move for Kaegi makes a lot of sense for all three parties.

According to my sources, @TheSpringLeague quarterback Connor Kaegi (@connorkegs) moves from the #Conquerors to the #Blues.

Kaegi now signs with the Blues after some quarterback shakiness from former Michigan Wolverine Shea Patterson and St. Johns’ product Jackson Erdmann. Kaegi should see playing time next game. It wouldn’t be surprising if the Blues start Patterson then go to Kaegi, but being that the Blues went after him shows they have a lot of belief in him.

Patterson did have three touchdowns last game against the Generals, two passing and one rushing, but his downfall was three interceptions. The interceptions are what hurt most in their 42-28 defeat. Just too many mistakes with Generals’ quarterback Bryan Scott throwing four touchdowns.

The Blues take on the Alphas and JT Barrett next week. This will be a huge game for Kaegi to show his stuff as he takes on the Ohio State standout. No matter what level of college you come from, whether it be a Division I powerhouse like Barrett or JUCO like Kaegi, The Spring League is the place to show NFL teams why you should be their quarterback. This has all the makings to be the game of the year.