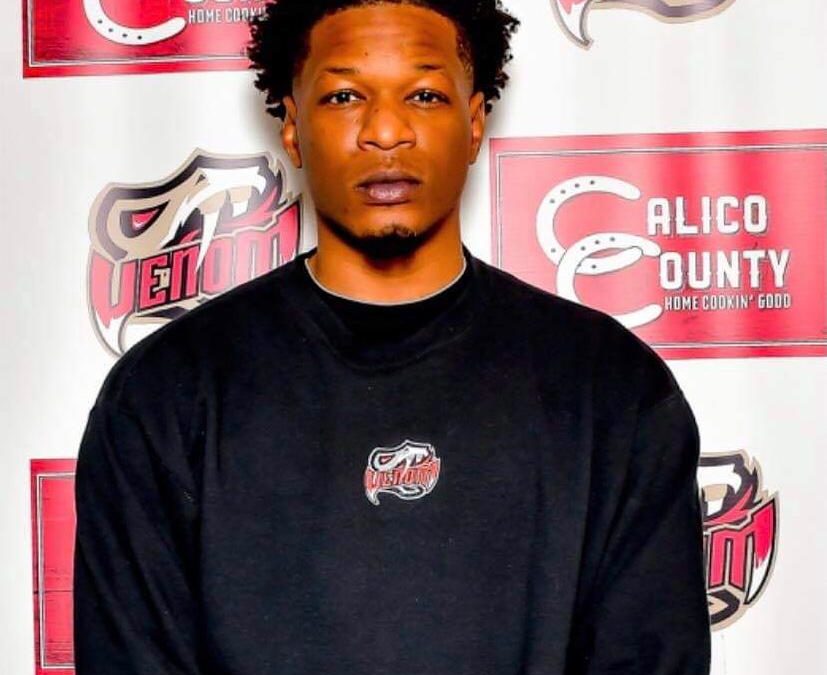 Chad Clay Sr. is set to be the quarterback of the Amarillo Venom in the CIF. Clay Sr. is excited and poised to play for Amarillo this upcoming season.

“Playing for the Venom is a great experience and atmosphere,” Clay Sr. said.

Clay Sr. will share the quarterback position with the 2009 fifth-round draft pick of the San Francisco 49ers. Clay Sr. went on to say how much he loves playing for his Amarillo Venom.

“It’s like a family, a brotherhood with a great coaching staff,” Clay Sr. expressed. “Fans are great from what I’ve seen. It’s just an overall life changing experience for me playing for the Venom! It’s great and I wouldn’t change it for anything.”

Arena football is football but it is a different game. Even Super Bowl Champion and Hall of Famer Kurt Warner said how much arena football helped his accuracy. Clay Sr. was asked the same question if arena ball helped him as a quarterback.

“Of course,” Clay Sr. answered. “Arena ball is a great game overall to learn and play, especially for the quarterback position because the game is faster. A lot faster! You know, your throws have to come faster, you really have to throw good balls because the field is a lot smaller.”

While in Amarillo, the Georgia native will certainly want to showcase his skills. He was asked what his best trait or skill was. Let’s just say a tall or built quarterback certainly has its pros and cons, but he uses them to his advantage.

“My best trait I would say is really just being aggressive and being able to stand in the pocket,” Clay Sr replied. “I’m kinda a bigger quarterback so I’m not that fast LOL. But just being able to learn though and being coachable. That’s always big.”

During the crazy year that is 2020, it is harder than ever for athletes to keep finding ways to keep training and stay in game-ready shape.

“I’ve just been getting work every day,” Clay Sr. said. “Just staying right, trying to eat right, go to the gym, run, you know, just staying ready and waiting for my opportunity. It’s been kinda tough though with all this COVID-19 going on. It’s kinda crazy right now but I make it happen.”

It is great to see Chad Clay Sr. still grinding and signing with the Amarillo Venom. Be sure to watch him in the Spring of 2021 live on the field.