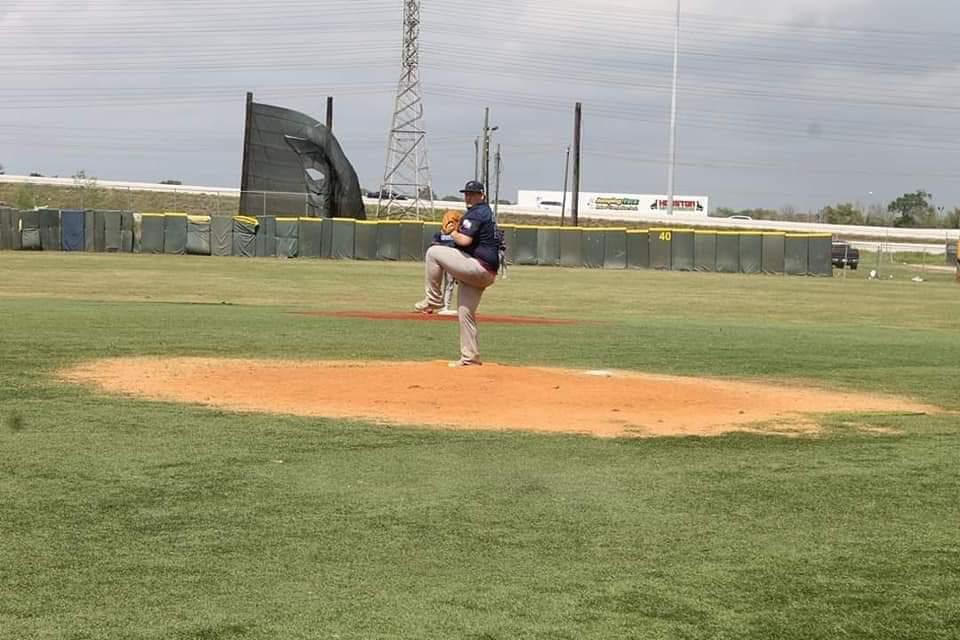 Nick Campbell is one of the most underrated free agents on the market. “I’m like any other ballplayer,” Campbell said. “I swing the bat a lot, cages and outside, to work my form”

He showcased some great numbers in the Pecos League for the Salina Stockade this past spring. “My favorite moment about Pecos League is when I pitched,” Campbell remembered. “I struck out four out of six batters in 1.2 innings.” Campbell is great on the hill, but he also had some time in the outfield, third base and at catcher. The right-hander from Pittsburgh, PA is a jack of all trades on the field.

The Pecos League is an independent baseball league. Former Gold-Glove winner and perennial All-Star Brandon Phillips even played in the Pecos. “Pecos League was the best experience I’ve had in a while,” Campbell said. “Coaches are great people and players are top-notch which is what I’m looking for. I’m 29 and I want to face the best competition every chance to be prepared for MLB opportunities.”

During pregame, Campbell uses a routine shown to him during his college days at Westmoreland CC from a former big league staff member. “I got a routine from a Baltimore Orioles trainer I’ve been using since college,” Campbell said. “I throw to warm up, then I get serious and throw medium to long distance hard and accurate. And finally, I take long toss and swing the bat to get my swing going. Takes about one hour.”

Campbell takes pride in his routine “I take my pre-game serious,” Campbell replied. “I don’t play with my routine. I stretch like MLB Players.”  That is a good mentality to have and knowing that you have the right routine goes a long way in baseball.

He even had a walk-off hit in the year for Salina. There is no reason not to give Campbell a shot. He looked great this spring, has the right routine and grinds at the cages just about every day.