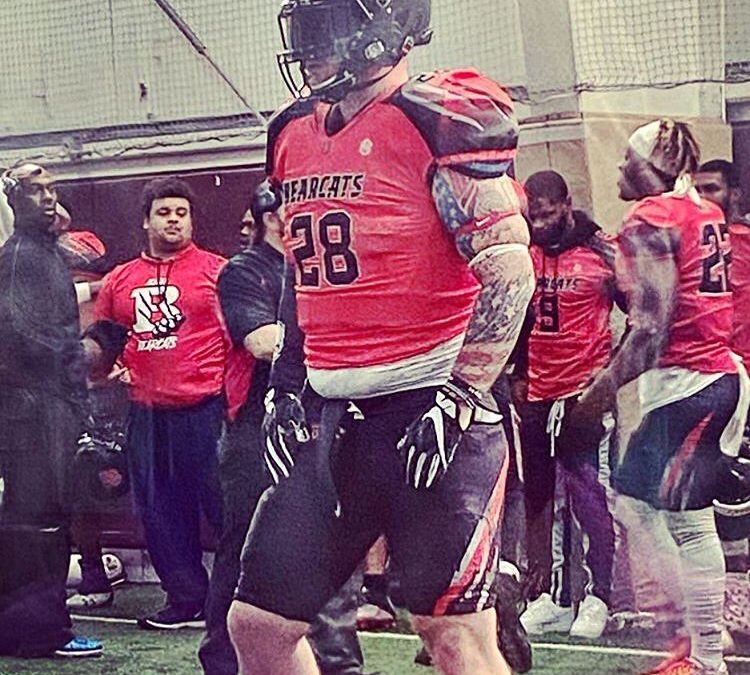 JT Tracy has signed to play again this year for the Jersey Bearcats of the MIFL. He was originally signed to play with the Mass Effect of the EIFL until the league canceled its’ 2020 season.

The Bearcats will open up Nov. 14 against the Pennsylvania Cougars.

Linebacker Tracy is ready for action. At 30 years old, he is ready for action more than ever. He plays with full heart, speed and agility every single snap. He played in one game last year as a Bearcat and contributed with a couple of tackles.

Tracy’s background features playing for the Syracuse Strong, one of the best semi-pro football teams in the country. They are actually ranked No. 1 in the entire nation. Prior to that in his football career, he played for Utica College and Alfred State before serving in the military as a special operations parachute rigger. It is awesome to see him serve then come back to the gridiron.

Tracy has been through a lot and always comes out on top whether it be in the football world or just in his own life. He has served as an inspiration to me many times to never give up.

At 6-foot, 230 pounds, he is a strong linebacker who can lay some good hits down on his opponents. His inspiration for wearing the No. 28, is actually from someone who plays on the opposite side of the ball; a running back. Tracy always has former Ohio State running back Jonathan Wells sign his cleats for good luck. Wells was drafted by the Indianapolis Colts in the fourth round of the 2002 NFL Draft.

JT Tracy is a player that you will want to look at being a veteran player in his prime. He will have a big role on the Bearcats. The Bearcats have sent many players to professional arena leagues so it would be great to see Tracy put on a great season in Metuchen and get signed to another professional team next season. “Honor, Courage, and Commitment” are three words that Tracy lives by, and he certainly lives up to them.

Be sure to tune into the game on Nov. 14 for your first chance to see Tracy play this season.