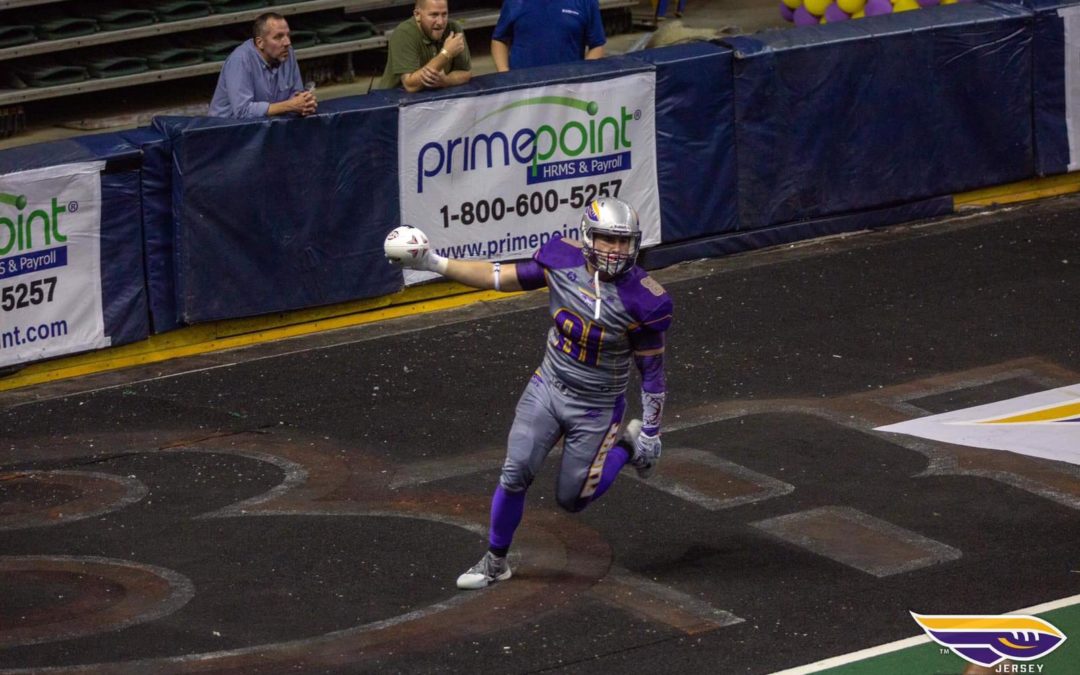 Ryan Feehan is easily one of the most underrated players in the arena football circuit. He can play just about any position that he is called on for. In one game, he played both sides of the ball.

Feehan actually never even played high school or college ball. He began his journey in football in semi-pro circuit. He played with the Brawlers and practically led just about every category for the team. Feehan played defensive line where he honed his skills by watching film of NFL player JJ Watt.

The opportunity then came to a tryout with the Jersey Flight of the AAL at the time (now in the NAL). Feehan managed to sign with the Flight.  He would have to fight for every single opportunity. He played in every single practice with his full 110 percent effort. In his first game as a Flight player he was told he did not make the squad, but he could come to the game. He would use that as a fuel to grind even harder to prove why he deserves a spot. It was not an easy road but he earned his roster spot.

In the first playoff game, the Flight would lose but Feehan would square up against Shawn Oakman; former Baylor Bear who played for the West Virginia RoughRiders at the time. Feehan held his own against him. He never backed down or anything against the 6-foot-8 Oakman. The Flight player Feehan noted how long Oakman’s arms were trying to guard him on the offensive line. Feehan never let up a sack when he guarded Oakman, so take that as you may.

During his time with the Flight, he had 15 total tackles in four games along with a strip-sack and a fumble recovery.  He averaged over a tackle a game, but what is wowing with Feehan is his heart and size. He is a personal trainer and super muscular like a prototype pro football player. Feehan has even motivated me and pushed me to strive for greatness and always meet my goals, dreams and aspirations that I have set for myself.

Hopefully, when the season resumes, he will receive another shot with the Flight or even another professional team because he certainly deserves it. Make sure to keep a watch on him.