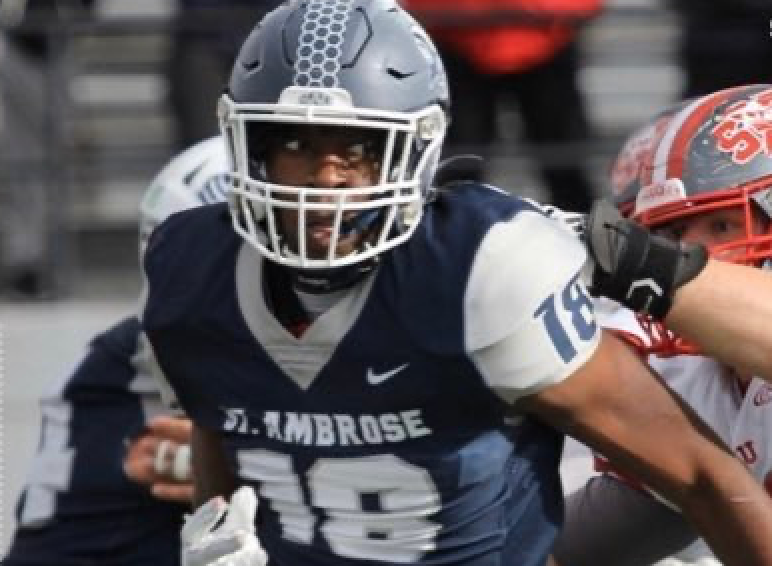 Bernard Buhake is an insanely underrated defensive lineman from St. Ambrose University at the JUCO level. He is 6-foot-7, 230 pounds, that is a crazy size, and there is no reason he should not be on some scouts’ boards.

In six games last season, Buhake accumulated 37 tackles with 22 of those being solo tackles. Also, eight tackles for loss and four and a half sacks. Keep in mind that is just six games which averages out to be 6.6 tackles a game.

The season before was no different. He balled out again. In his sophomore season, he played 10 games and had 44 tackles, 27 solos. Buhake also had 7.5 sacks.

Get to Know Bernard Buhake

Q: Who is your biggest inspiration?

A: My biggest inspiration is 100 percent my Mom. Everything that she’s done for me and throughout everything she’s always stayed strong and positive, she is absolutely my biggest supporter and I strive to be like her.

Q: What is your best on-field talent?

A: On the field, I’d like to think of myself as someone that is fast and makes you uncomfortable. My best talent is probably a combination of my high motor and reaction. I’m able to diagnose plays quickly and react even faster.

Q: What is your favorite field or stadium that you’ve played at?

A: Definitely Brady Street Stadium. There is nothing like playing at Brady Street. Obviously, I’m biased because it’s our home stadium but no other stadium I’ve played in comes close.

Q: What is your ultimate football dream?

Q: Which NFL player would you compare your skills most to?

A: After watching a lot of film over the last few months definitely Shaq Barrett. His speed and quickness are what I try to do on the field. He is a beast.

Q: What should a team look for you in? In terms of skills, training, etc.

A: What a team should see in me is a player that is always around the ball, a whistle to whistle player with speed, quickness and high motor. I’m not only a pass rush specialist. I love disrupting the run. I’m an all around defensive end/ linebacker and will do anything to help my team be successful.

Buhake plays in one of the best conferences in the NAIA (JUCO) and plays against some of the best teams in the nation including Marian, St. Francis Indiana, Sienna Heights and Saint Xavier. All are nationally ranked teams.

He is a two-time All-Conference defensive lineman and only played six out of 10 games his junior year. He was at the top of his conference in the majority of star categories (played five out of six conference games)

Buhake was invited to a Prospect Combine with five other individuals from small schools by Chicago Bears’ scout Brendan Rehor. A scout from the Minnesota Vikings was there too and entered him into their prospect database.

Buhake is ready to compete!