Joey Yellen to Start at Quarterback for Pitt 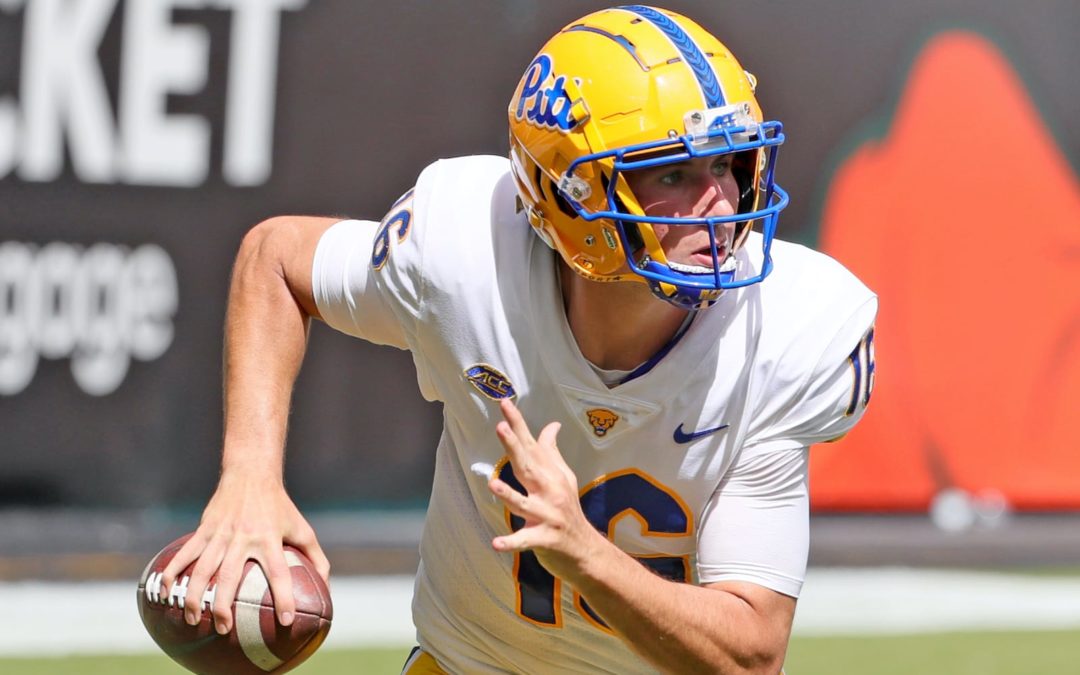 After the ankle injury to Pittsburgh Panthers’ starting quarterback Kenny Pickett, the Panthers were left with a hole to fill at quarterback.

Yellen is a redshirt freshman who transferred from Arizona State this past winter. He was with the team for the shortened spring drills before COVID-19.

Prior to his first start as a Panther last week, he only played in one college game. Yellen completed 64 percent of his passes (28 of 44) for 292 yards and four touchdowns with two interceptions in a 31-26 defeat to the USC Trojans. The freshman quarterback suffered a shoulder injury which kept him out of action for the rest of the year but he kept his redshirt status.

Last week for Pitt, The redshirt freshman did not look horrible. The stat line looks a lot worse than he performed.  The Panthers suffered a 31-19 loss to the No. 13 Miami Hurricanes in Miami at Hard Rock Stadium. The stadium actually had 9,000 fans.

55 yards for the fantastic freshman

Yellen’s line on the game looked like this: 22 for 46 on pass attempts, one touchdown, no interceptions and he threw for 277 yards. That line is not bad considering all the odds against him. But Yellen knows the pressure and  is proving himself all too well.

Yellen then transferred to Mission Viejo for playing time; the former high school of Josh Rosen. He balled out to say the least. As a two-year starter at Mission Viejo, Yellen boasted a 22-3 record while completing 61 percent of his pass attempts going 360 of 595 for 6,131 yards. Yellen threw 57 touchdowns and just 14 interceptions. His senior year, Yellen completed 227 of 351 passes at a 65 percent clip for 3,516 yards and 27 touchdowns. Yellen was selected to play in the annual Under Armour All-American Game. The pocket quarterback rated third in the nation as a pro-style quarterback by ESPN, ninth by 247Sports and 22nd by Rivals. Yellen also garnered the honors of being named to the ESPN 300 at 63rd.

Joey Yellen will have a tough task to handle this Saturday afternoon (3:30 PM EST) at Heinz Field. Yellen and his Panthers will have to face the No. 3 Notre Dame Fighting Irish.

The Irish have joined the ACC this year. Notre Dame has looked dangerous so far on the Atlantic coast. The game features an interesting matchup with Notre Dame carrying a top-10 rushing attack averaging 261 yards per game behind the dual package of Kyren Williams and Chris Tyree at running back. Then the other side features Pitt’s run defense, which ranks No. 1 in the country allowing just 61.5 yards per game.