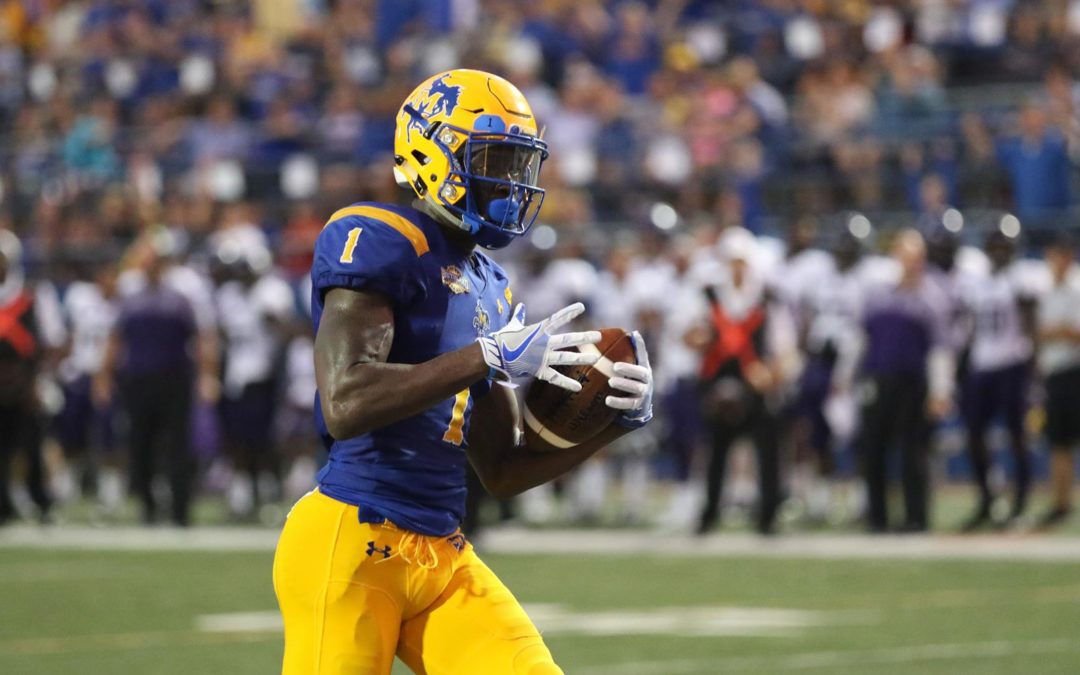 Kent Shelby II has a very interesting story. Today, we highlight his continued journey to another professional football opportunity.

Shelby played college football at McNeese State in Louisiana, near Lake Charles. He played all four years of his Cowboy career after redshirting as a freshman. During his redshirt freshman year, he saw minor action against Nebraska and Arkansas Tech in which he caught four passes for 108 yards. Shelby was injured during one of those game which led to him to be sidelined for the rest of the year.

In his sophomore year, he blew up! Shelby earned All-Southland Conference 2nd team honors. He went on to lead the team and ranked 7th in the league with 668 yards receiving. As a junior, The ace receiver had 40 catches which then was a career high. Shelby went on to rake in an impressive 509 yards through the air and five TD catches.

Senior season was no different for Shelby as he continued to put up the numbers. He brought in 625 yards receiving alongside three touchdowns. Shelby ranked fourth all-time with 129 receptions, fifth with 1,910 receiving yards, and sixth with 14 touchdown catches.

Road to the Pros

Shelby went undrafted, but landed briefly with the Los Angeles Chargers. After that didn’t pan out, he decided to seek an alternative option and take his talents to the indoor football circuit. Shelby signed with the Sioux Falls Storm. He played in 11 games and brought in 11 touchdowns for 518 yards total. The McNeese State product brought in an eye opening three touchdowns against the Quad City SteamWheelers. Shelby and his Sugar Skulls would go on to win the IFL Championship.

Shelby had signed with the Toronto Argonauts of the CFL prior to the season and was scheduled to commence play with them. That opportunity was sadly extinguished when COVID came and the league canceled the season; thus letting players explore other opportunities.

This fall, Shelby will be playing in The Spring League and will join the Aviators. Shelby will have fellow CFL alum McLeod Bethel-Thompson under center, so he should have a good quarterback throwing to him.

Shelby has to be one of the most inspiring players that I’ve ever had the opportunity to speak to. He has been through so much adversity and still comes out on top. He is making motivational videos daily on his Instagram and his Twitter.  (Instagram @K_Shelby1 and Twitter @KentShelbyII1).

Shelby owns a brand and lives by the motto ‘FINAO’ which translates to Failure Is Not An Option. After his Chargers opportunity didn’t work out, this really took off. He found himself back at the bottom and built his way back up. Shelby even has a video of him during his time at Dollar General. He says how he knows he deserves better, but you just have to try to stay positive and make the most of every opportunity.

Kent Shelby II is a player that you are going to want to watch. At 6’3, 208lbs, his build would fit well in the insanely athletic National Football League. Call it a hot take, but he has the electricity and flashes that DeAndre Hopkins has, but potentially even stronger.